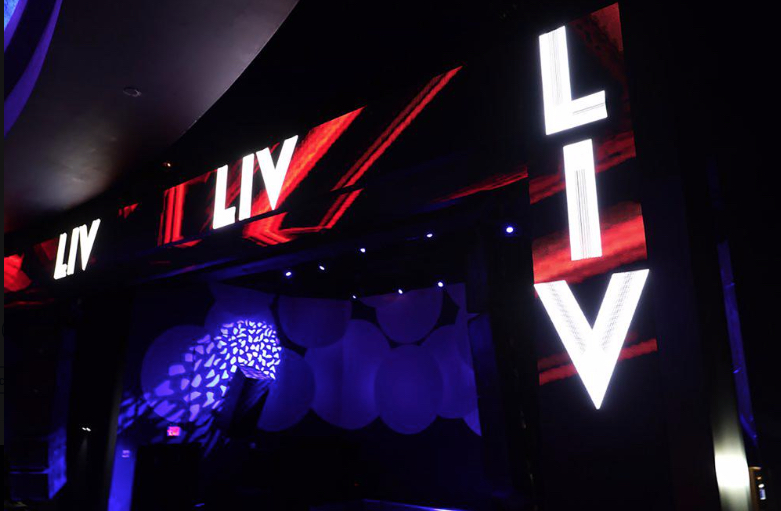 Nightclubs are getting into encouraging vaccinations.

Ready to party at one of South Beach’s most glamorous nightclubs? Then roll up your sleeves because these shots won’t get you buzzed. LIV is offering free COVID-19 vaccines outside the Miami club where high rollers spend up to $20,000 just for a table.

The start-studded nightclub, where Super Bowl champs celebrate at parties so legendary they’ve inspired lyrics from Drake and Kanye West, set up pop-up COVID vaccine sites over the weekend at LIV and club Story to entice the young demographic that is rapidly filling up Florida hospitals as the delta variant rapidly spreads across Florida.

The Sunshine State set another record high over the weekend. On Saturday, the U.S. Centers for Disease Control and Prevention reported 23,903 new COVID-19 cases for Friday. That tops the previous day’s record of 22,783 new cases.

Clubs LIV and Story were shuttered for roughly a year during the pandemic and reopened back in April. Owner David Grutman, the king of South Beach’s night life scene, who also owns a restaurant and hotel with Pharrell, said, “We are excited, we want to stay open, and we know the only way to make that happen is if people get vaccinated, so we want to make it as accessible as possible.”

He partnered with CDR Health, which has administered over 2 million vaccines since the outbreak, to offer free shots outside the clubs over the weekend, with the possibility of extending it for additional weekends.

The overwhelming majority of COVID-19 patients hospitalized in Florida are unvaccinated. Of the more than 10.5 million fully vaccinated Floridians, approximately 0.019% are in a Florida hospital with COVID-19, according to the Florida Hospital Association.

Twenty-five year-old Elizabeth Bahamonde remembers the last time she partied with friends at LIV. It was just months before the pandemic and they danced the night away, “shoulder to shoulder” as Latin pop superstar Bad Bunny performed.

“The club scene in Miami is a lifestyle. If you live here you just know that,” the Uber Eats driver told The Associated Press on Sunday.

Even though it was hard, she stayed home for most of the pandemic and didn’t start going out again until the end of 2020, saying she was sick of the isolation. But as the clubs and restaurants across Florida grew more crowded and masks and other restrictions were lifted, she stopped clubbing.

She’d been on the fence about the vaccine and had planned to get it, but got COVID two weeks ago, calling it “the most horrible experience of my life.”

“I wasn’t anti-vax but I was waiting it out,” said Bahamonde, who said half her friends are vaccinated and half are not. “As ignorant as it may seem, I had to go through it to want to do it.”

Bahamonde said she’s planning to get vaccinated now and thinks it’s cool that LIV is using its influence to promote the vaccine to young clubgoers, saying her unvaccinated friends “are actually going out more.”

“LIV is using their image and platform to spread that incentive that, ‘Hey, it’s cool to party, but it’s also cool to be vaccinated.’ I think it puts people in a more comfortable situation,” she said.

“The variant is more virulent,” he said. “I didn’t see anywhere near the numbers of young people so hypoxic and sick last year,” he said, noting many are requiring additional oxygen.

“And it’s partly because this group of people disproportionately did not get vaccinated out of choice,” he said.

Florida saw a rise of the seven-day average in new cases to 19,250 this Friday from 15,817 a week earlier. The state tallied 616 deaths in one week, raising the total COVID-19 death toll to 39,695, according to weekly statistic published late Friday by the Florida Department of Health.

previousSunburn — The morning read of what’s hot in Florida politics — 8.9.21