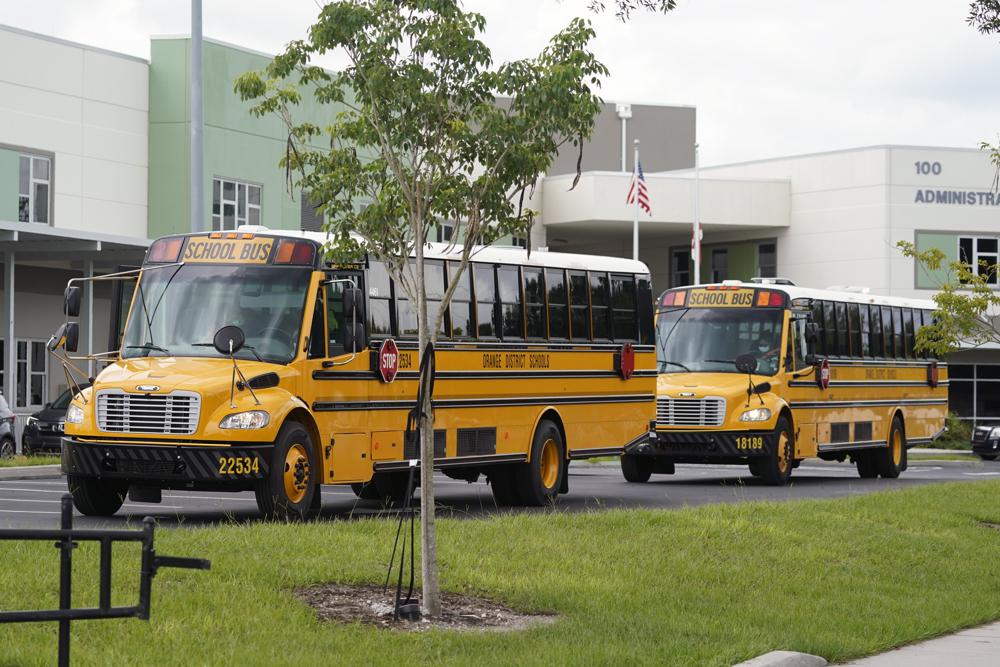 Some districts are using managers and other stop-gap measures to get students to class.

Many of Florida’s largest school districts are finding it difficult because of the pandemic to hire enough bus drivers, with some using managers and other stop-gap measures to get students to class as the new school year begins.

The Associated Press contacted most of the state’s 20 largest districts Monday and many said they have not been able to fully fill their openings, forcing some drivers to handle extra routes. Other districts are asking parents to drive their children to and from school when possible to reduce the numbers requiring busing or putting transportation department managers back behind the wheel.

Florida has been hard hit by the resurgent COVID-19 pandemic, and that has likely scared off candidates for a job that can be stressful under normal circumstances. Many districts are not requiring masks on buses, but even districts that do are short drivers.

“Recruiting and retaining bus drivers was a struggle pre-pandemic, but the labor shortage in general has exacerbated the issue not only for us, but for districts everywhere,” said Erin Maloney, a spokesperson for Hillsborough County Public Schools in the Tampa Bay area. The district requires students to wear masks unless their parents opt them out, but it still needs to add 100 drivers to the 750 now working.

“Our bus drivers are running double loads in some areas to make sure kids get to school,” Maloney said. “We also have anyone with a license who is able to drive working in our transportation building out on the roads instead. It is all hands on deck.”

The state education department had no immediate comment Monday on the driver shortage. The delta variant of the virus has swept through Florida over the last two months: About 15,600 people are hospitalized with COVID-19, nearly eight times more than in June, according to the U.S. Department of Health and Human Services.

Not all districts are struggling. A few districts like Pinellas, Seminole and Brevard counties say that despite the pandemic, they have enough drivers. But others say they are juggling to cover all their routes.

Palm Beach County schools asked parents to drive their children if possible. Polk County normally has 510 drivers, but only has 430 working. Collier County is using staff and former substitute drivers to fully cover its routes. Lake County has 26 open positions out of 237. Lee County, which needs to add 100 drivers, made its drivers full-time employees so they are eligible for health insurance and other benefits sooner, giving an incentive to new hires.

Neither Miami-Dade nor Broward schools, the state’s two largest districts, replied to emails and calls Monday. But Broward, which had two teachers and an assistant die last week from COVID, recently said it was short 150 drivers. Miami-Dade also recently said it is short drivers.

The shortage is especially acute in Pasco County, where they are short 78 regular drivers and 33 relief drivers. On Monday, the district shifted all its earliest bus stops up 10 minutes to allow drivers to finish sooner and get to their second routes.

“This year marks our all-time high in bus drivers shortages,” district spokesperson Stephen Hegarty said. He said the shortage has a domino effect on some students’ days, with some arriving at school and getting home late.

In Marion County, staffing shortages are fairly routine in the central Florida county which is larger geographically than Rhode Island. But COVID has exacerbated the shortage and the district needs about two dozen drivers.

“What’s hitting us most now is providing substitute drivers for those being quarantined” because they tested positive for COVID or came in direct contact with someone who has it, district spokesman Kevin Christian said. “When you have a shortage compounded by quarantined drivers, that’s extra challenging.”