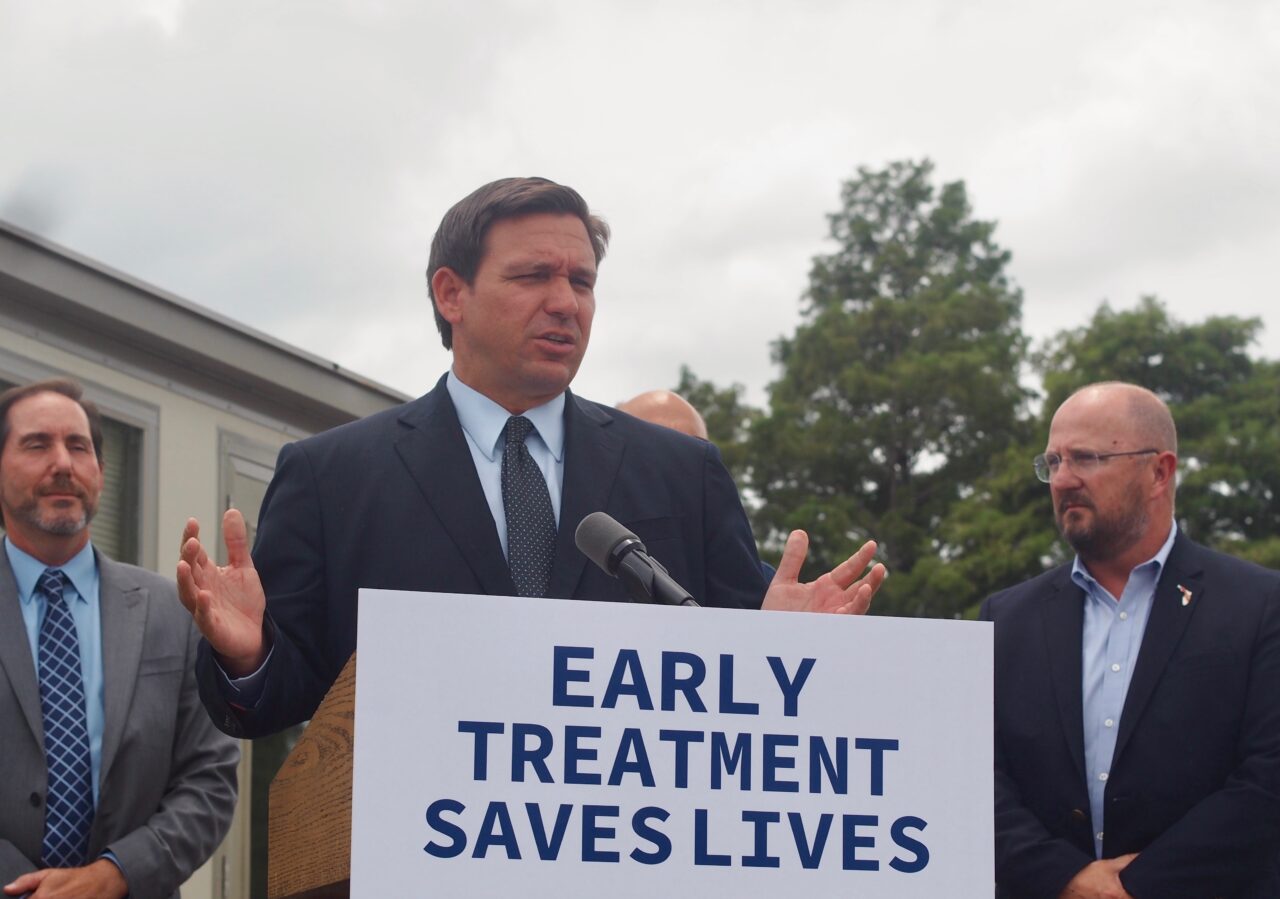 The Governor's spokesperson spent much of Tuesday attacking The Associated Press.

Gov. Ron DeSantis is attacking the media and critics for promoting “disinformation” regarding a COVID-19 treatment that could reduce hospitalizations for the disease.

The Governor has spent much of this month promoting monoclonal antibody treatment as Florida continues seeing heightened hospitalization rates with the delta variant. Critics argue DeSantis has prioritized advertising the treatment over vaccination during the latest surge.

At a new monoclonal antibody treatment site in Broward County on Wednesday, DeSantis said “corporate press” have spread misinformation about the treatment option, including that it could cost a person thousands of dollars when it’s actually free.

“That is a lie that is being disseminated for political purposes to try to dissuade people from seeking lifesaving treatment,” DeSantis said. “And honestly, that’s reprehensible.”

Earlier this month, the U.S. Food and Drug Administration approved the injectable antibody cocktail as an early treatment for COVID-19 infections in people who are at high risk for severe infections, such as the elderly and those who are immunocompromised. The FDA has also approved the drug for use when people are exposed to COVID-19, even before they test positive.

But DeSantis says public awareness has been lagging, and getting people early treatment at treatment sites could “take pressure off hospital admissions.”

President Donald Trump used monoclonal antibodies last year when he was treated for COVID-19, promoting it as a “miracle” and a “cure.” The federal government purchased 1.25 million doses of Regeneron’s version of the drug in January, making treatment free to patients and to states.

Critics have been pushing political agendas and trying to gaslight people with misinformation about the treatment, DeSantis said.

“This is no place for those phony narratives, for political posturing or for partisanship,” he continued.

“It’s going to cost us so much more money per day than if he just had been proactive in utilizing his bully pulpit and his power and his influence to go around the state today, asking Floridians to get the shot,” Fried said.

Florida is expected to open 15 to 20 treatment sites, each offering the drug to up to 300 patients per day. The Governor hopes to make it available to the state’s major population centers.

DeSantis’ press secretary, Christina Pushaw, attacked The Associated Press Tuesday evening for publishing a story highlighting that the CEO of Citadel, a hedge fund with Regeneron shares, donated $10.75 million to the DeSantis campaign since 2018.

Citadel’s investment in Regeneron is a tiny fraction of its overall $39 billion in investments, but if the stock price was to go up, Citadel would benefit. Pushaw noted that Citadel has far greater investments in Moderna and Pfizer, which manufacture COVID-19 vaccines. And Kirby Wilson of the Tampa Bay Times reported that it doesn’t benefit Regeneron for the Governor to promote it.

“Claiming that there is somehow ‘corruption’ by promoting the baseless political narrative that Governor DeSantis supports Regeneron over COVID vaccines (completely false, but that is another topic) is not even logically consistent when you examine the SEC filing,” Pushaw said in an email. “Citadel holds far more shares of Pfizer and Moderna than Regeneron.”

The Governor didn’t mention that article in his remarks Wednesday, but he did attack “corporate press.”

“Let’s not try to pursue partisan agendas that may have the effect of dissuading somebody from seeking a treatment that could potentially not only keep them out of the hospital but could actually save their lives,” DeSantis said.