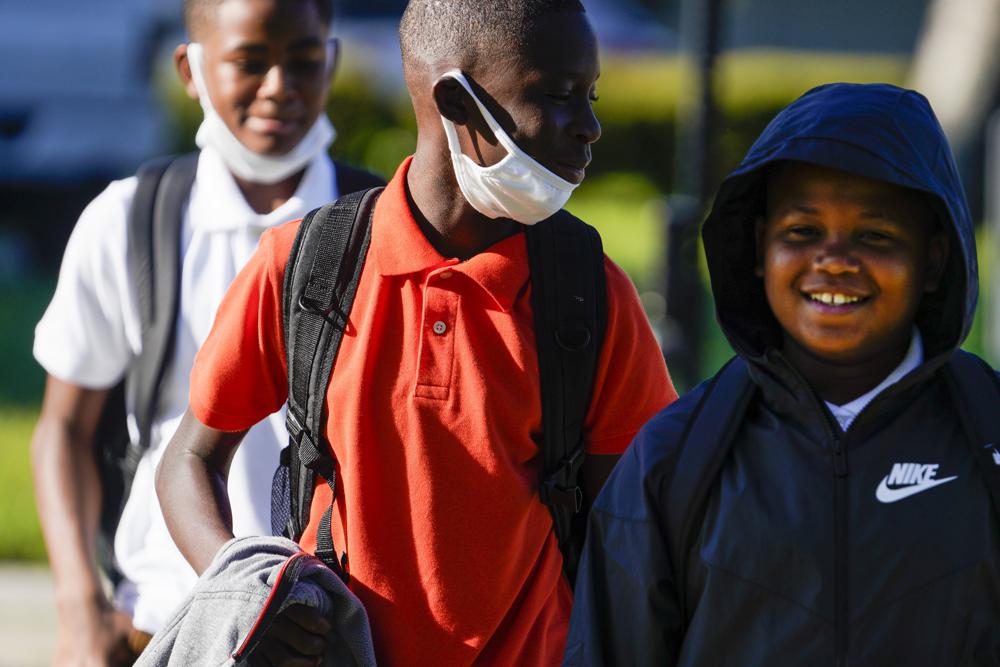 It's unlikely the school district will face punishment, even though it violates a state order.

Hillsborough County Public Schools is the latest school district to pass a mask mandate — in defiance of Gov. Ron DeSantis’ executive order and a Department of Health emergency rule.

In an emergency meeting Wednesday afternoon, Hillsborough County School Board members voted 5-2 to implement a mask requirement in county schools for the next 30 days.

Board members met to discuss the impact of a snowballing number of students and teachers missing school because they’re infected with COVID-19 or because they are quarantining after exposure to COVID-19.

As of Tuesday afternoon, the district’s online dashboard reported 2,013 COVID-19 cases since school started on Aug. 10.

A Monday morning news release from the school district stated 5,599 students and 316 employees were in quarantine or isolation, but by Tuesday afternoon the number of isolated and quarantined student and employees had jumped to 10,722.

One teacher spoke at the meeting to say her students were “dropping like flies.”

“We’ve always had great voids, whether it be instructional, whether it be support staff voids, but now with a pandemic, it’s just been exacerbated,” Davis said.

The new rule will require masks and only allow a student to opt-out if they have a doctor’s note.

But Davis said he still supported the existing mask requirement that allowed a parental opt-out because he wanted to follow the law. Still, Davis assured the Board he will “put the strategies in place as the Board wishes them.” Davis said he and his staff need 48 hours to work through the logistics of the new requirement.

Hillsborough’s new mask requirement is the same mask requirement that was passed in Alachua and Broward school districts, which the State Board of Education determined to be unlawful Tuesday afternoon.

But those districts may have escaped punishment after the federal government said it would back school districts that face financial penalties as a result of following Centers for Disease Control and Prevention guidelines that recommend masks indoors for students and teachers regardless of vaccination status.

The state had originally threatened to withhold funding in the amount of school board members’ and superintendents’ salaries for those school districts that require masks at schools. But that plan was undercut last Friday when U.S. Education Secretary Miguel Cardona sent a letter to Florida’s Education Commissioner Richard Corcoran stating the affected school districts could use federal coronavirus relief money from the American Rescue Plan to backfill withheld salaries.

As a result, the State Board of Education did not impose sanctions Tuesday and instead called for further review of the school districts’ initiatives. The Department of Education has not announced another course of action.

The Hillsborough meeting allowed more than an hour of commentary from the public.

Ellen Jackson said she had a 7-year-old who was held back last school year because of virtual learning.

Morgan Teal, a senior at Newsome High School, said uncertainty over the existing mask optional policy is creating distractions in the classroom.

“Teachers should be busy teaching students, not just being their mask police. My education as well as every single other student in this county is being jeopardized,” Teal said.

The Miami-Dade County School Board voted 7-1 to implement a similar mask requirement Wednesday.