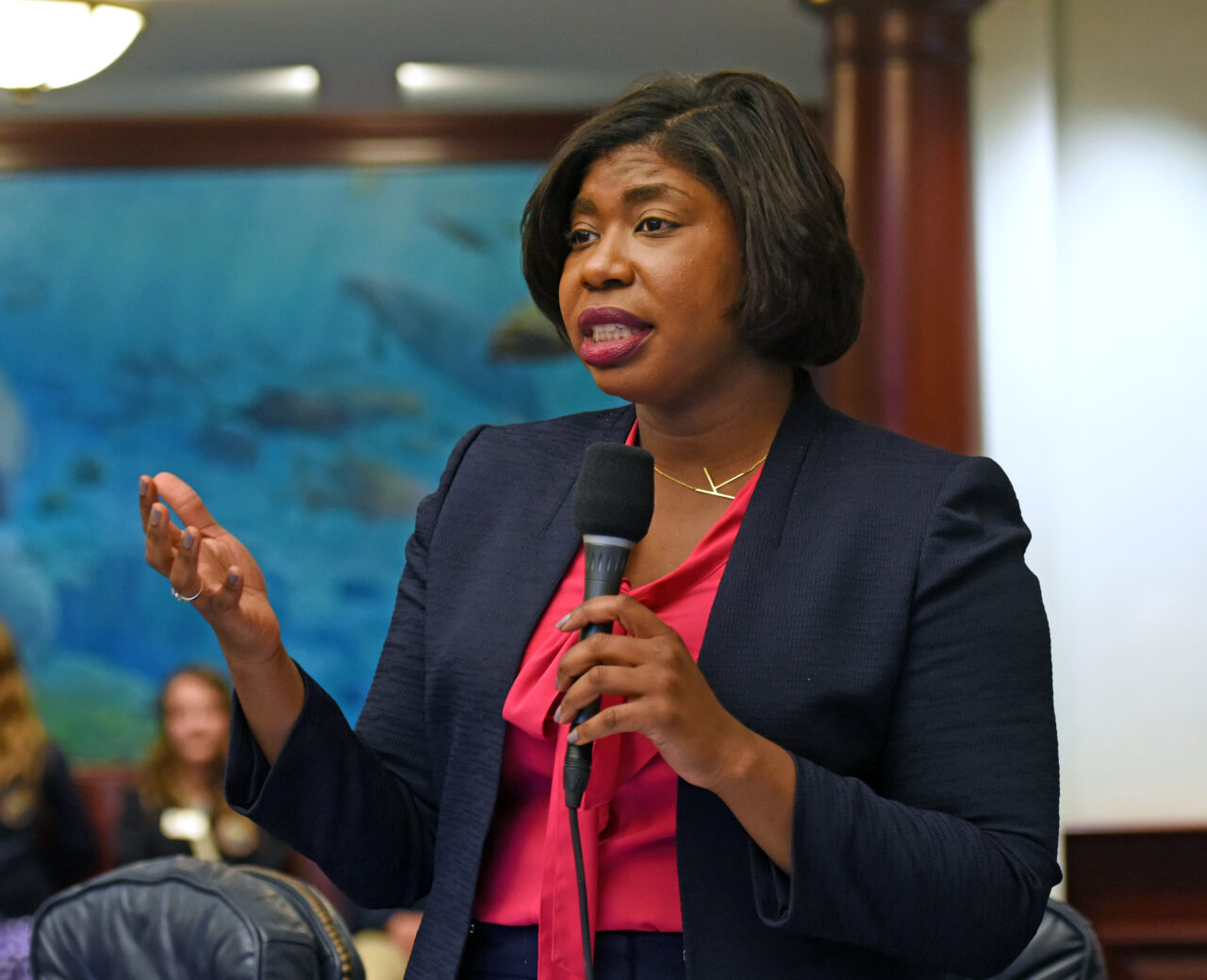 Brown failed to file timely finance reports in March, April and May.

Democratic Rep. Kamia Brown kicked off her 2022 campaign for Senate District 11 Thursday while facing fines from the state for late campaign treasurer reports from her former House reelection campaign.

The Florida Division of Elections assessed more than $5,000 in fines against Brown for failing to file campaign paperwork for her previous House District 45 reelection campaign on time. Brown called it “an oversight” and said everything necessary has since been submitted and corrected.

“We are currently working out a payment plan with the Division of Elections,” she wrote in a text to Florida Politics.

Brown first filed in February to run for reelection in HD 45 in western Orange County. She switched in early June to run for SD 11 instead, shortly after incumbent Democratic Sen. Randolph Bracy announced he would not seek reelection to instead run for Congress.

Thursday she said she delayed kicking off her Senate campaign because of the COVID-19 pandemic.

“We didn’t want to declare during the ongoing COVID-19 pandemic as the situation was heightened during the time of my filing,” she said in an email. “We are sympathetic to the cause of beating this pandemic and did not want to distract from that goal. However, with the pandemic ongoing and the election growing closer we needed to announce to meet our campaign timeline.”

But her candidacy was not legally put on hold.

Apparently, Brown’s House campaign didn’t file any campaign treasurer’s reports until June, after she had switched to run for the Senate and appointed herself as her campaign’s treasurer. The House had been in Session for much of the time of her House campaign. Yet she still managed to raise more than $20,000 during that campaign.

Brown said the mistakes were addressed as soon as they were recognized.

Division of Elections records indicate Brown’s campaign failed to file treasurer reports on time for records due in March, April, and May. In July, the division assessed fines of $1,937.50 for her late March report and $3,125 for her late April report. No fines have been assessed for delays in the May report.

Records show the reports due in March and April for her House run were both filed on June 21.

The records show Brown raised $20,250 in campaign contributions while she was running for the House and has raised $2,050 since she opened a Senate campaign account. She has spent $215 — $68 as a Senate candidate — leaving her with just over $20,000 in her account at the end of July.

No one else has filed to run in SD 11, a Democratic stronghold that covers most of northwestern Orange County including the west side of Orlando and most or all of the cities and towns of Winter Garden, Oakland, Ocoee, Apopka, Eatonville, and Maitland.

On Thursday, in kicking off her SD 11 bid, she pledged three campaign pillars. She committed to continuing the fight for equal health care opportunities, economic development in District 11, which includes increasing the minimum wage and bringing resources to small businesses, and to keeping the community eco-friendly.

Brown was first elected to serve HD 45 in 2016 and was reelected twice without opposition.

In the 2021 Legislative Session, she served as House Democratic leader pro tempore, vice chair of the Florida Legislative Black Caucus, and the Democratic ranking member of the Health Care Appropriations Subcommittee.