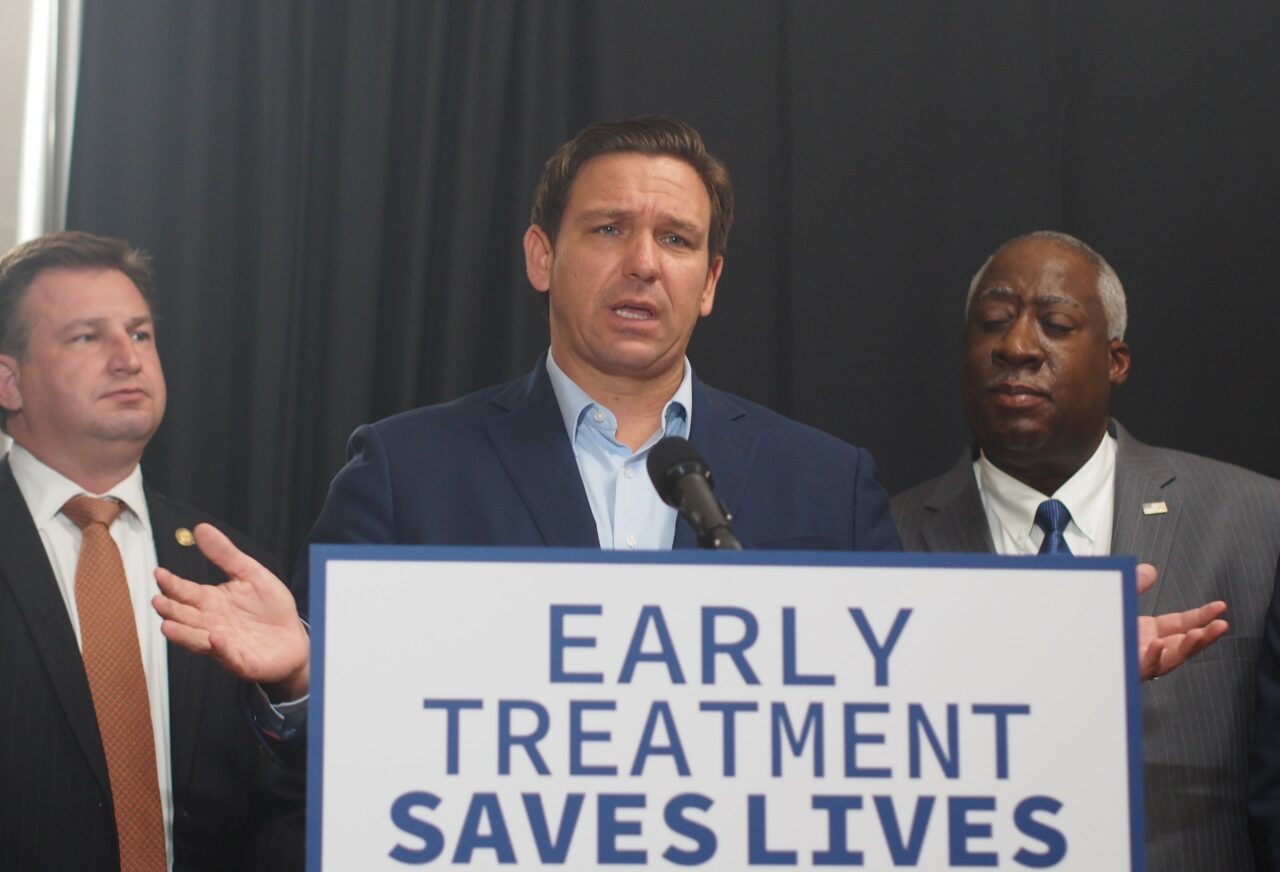 'If you don't do the monoclonal early, the fact of the matter is, there's not a lot of great stuff out there for you.'

DeSantis has spent much of this month raising public awareness of monoclonal antibodies, a therapeutic available when a person at high risk for severe infection tests positive for COVID-19 or is exposed to the virus.

For people who test positive, regardless of whether they’re vaccinated or not, receiving the antibody cocktail is the best way to “nuke” an infection, DeSantis said Thursday.

“If you don’t do the monoclonal early, the fact of the matter is, there’s not a lot of great stuff out there for you,” DeSantis said. “In terms of the treatment of this thing, other than this — other than the Regeneron — there really hasn’t been a lot.”

Most new hospitalizations and deaths could be avoided if people sought the drug cocktail early, he added. DeSantis is on the public awareness campaign because it was largely unknown until earlier this month, when the U.S. Food and Drug Administration approved the injectable for early treatment in high risk people after exposure.

President Donald Trump received monoclonal antibodies last year when he was treated for COVID-19, promoting it as a “miracle” and a “cure.” The federal government purchased 1.25 million doses of Regeneron’s version of the drug in January, making treatment free to patients and to states. But the treatment has since largely fallen out of the public’s view.

“Obviously, it hasn’t been stressed very much,” DeSantis said. “It’s one of the reasons why people don’t know about it.”

Critics argue DeSantis has promoted treatment over vaccines this month by touting the drug cocktail. But he says it’s not a question of treatment versus vaccines but that both are important, particularly as there are more breakthrough cases. Moreover, he spent much of the first half of the year crisscrossing the state to promote vaccines.

DeSantis’ press secretary, Christina Pushaw, attacked The Associated Press Tuesday evening for publishing a story highlighting that the CEO of Citadel, a hedge fund with Regeneron shares, has donated $10.75 million to the DeSantis campaign since 2018.

Citadel’s investment in Regeneron is a tiny fraction of its overall $39 billion in investments, but if the stock price was to go up, Citadel would benefit. Pushaw noted that Citadel has far greater investments in Moderna and Pfizer, which manufacture COVID-19 vaccines. And Kirby Wilson of the Tampa Bay Times reported that it doesn’t benefit Regeneron for the Governor to promote it.

“Claiming that there is somehow ‘corruption’ by promoting the baseless political narrative that Governor DeSantis supports Regeneron over COVID vaccines (completely false, but that is another topic) is not even logically consistent when you examine the SEC filing,” Pushaw said in an email. “Citadel holds far more shares of Pfizer and Moderna than Regeneron.”

Dr. Kenneth Scheppke, the Florida Division of Emergency Management’s chief medical officer, highlighted vaccines as still probably the best way to prevent hospitalization and death. However, Regeneron’s monoclonal antibody “checks off all the boxes” when someone’s been exposed.