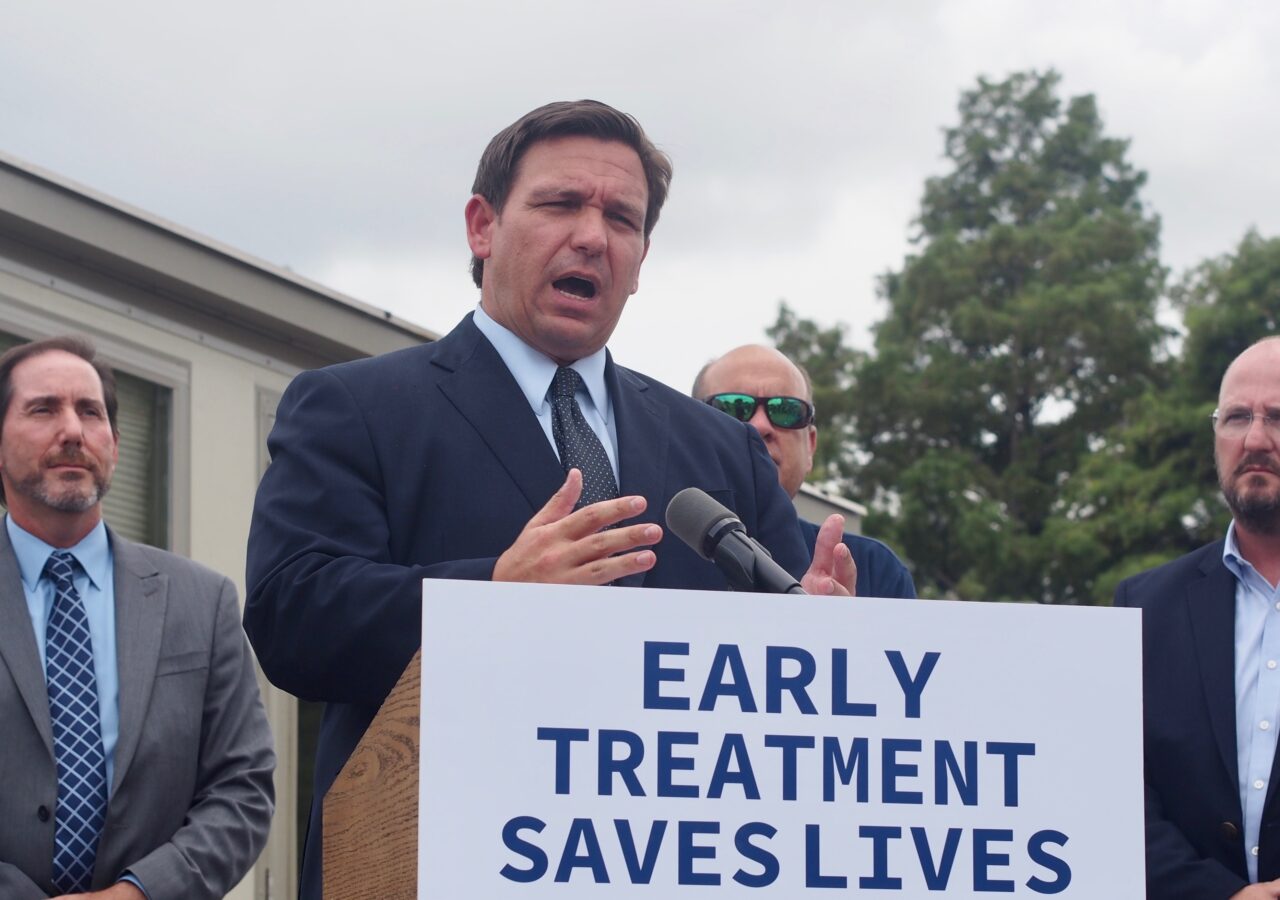 Monoclonal antibodies can help reduce the severity of COVID-19 cases in people who are at higher risk.

Gov. Ron DeSantis is promoting a COVID-19 treatment that could reduce hospitalizations for the disease.

The Governor’s push for monoclonal antibody treatment in Orlando Monday comes as Florida continues seeing heightened hospitalization rates with the delta variant. Meanwhile, other officials are focusing their messages on wearing masks and getting vaccinated.

Earlier this month, the U.S. Food and Drug Administration approved the injectable antibody cocktail as an early treatment for COVID-19 infections in people who are at high risk for severe infections, such as those who are immunocompromised.

“At the end of the day, reducing hospital admissions has got to be a top priority,” DeSantis said. “If you reduce those admissions, people don’t go to the hospital to begin with. They’re going to recover.”

Orlando can treat up to 320 patients each day at the new facility at Camping World Stadium, DeSantis said, standing behind a podium with a sign reading “early treatment saves lives.” The Governor unveiled a similar facility in Jacksonville on Thursday.

Agency for Health Care Administration Secretary Simone Marstiller was on hand in the City Beautiful to promote the treatment. Her daughter, who is immunocompromised, caught COVID-19 less than two weeks ago and received monoclonal antibodies three hours after testing positive, she said.

“When we left the infusion center, her fever was 105. By 10 o’clock the next morning, her fever had dropped to 99,” Marstiller said.

DeSantis has made a push in recent weeks for people to seek monoclonal antibody treatment if they catch their COVID-19 infection early. In that time, critics have attacked the Governor for not dedicating public appearances to encouraging people to get vaccinated.

The FDA has not approved monoclonal antibody treatment as an alternative to vaccinations.

“(DeSantis) comes to our City, doesn’t communicate (with) local officials that he’s coming or why, announces expansion of monoclonal antibody treatment for when you test positive for COVID, barely talks about vaccines (and) doesn’t even mention masks. (Whatever) happened to prevention?” tweeted Orlando Democratic Rep. Anna V. Eskamani.

As of Friday, 12.4 million Floridians had received at least one COVID-19 vaccine. That’s 65% of the eligible population, 12 years old and older, and 57% of the state’s total population.

More than 270,000 Floridians received a shot in the week leading up to Friday as more people seek protection against the resurgent pandemic. Florida leads the southeast in vaccination rates but still trails Democratic-leaning states like on the west coast and in the northeast.

DeSantis frequently promoted vaccines when they became available, particularly for the state’s older population. And while he still promotes them, they have not been the primary thrust of any of his appearances in recent months.

“I know no Governor did more public events than — I did over 50 public events with this,” DeSantis said, following reporters’ questions about vaccines.

Early treatment and vaccinations are not mutually exclusive, he continued.

“If somebody tests positive, if they’re unvaccinated, the vaccine isn’t going to treat it, they need it to be treated,” DeSantis said. “So do both, but just understand, people who are vaccinated are still testing positive. People who are very high risk, the vaccine is reducing their exposure to serious illness, but it’s still something we want them to know.”

“People know about vaccines, because (DeSantis) promoted them relentlessly for months while Democrats criticized him for prioritizing seniors,” she tweeted, adding that many don’t know about monoclonal antibody treatment. “Also, vaccines and monoclonals are proven effective in clinical trials. Masks are not. Governor DeSantis follows the science and promotes proven effective interventions, not pseudoscience or political virtue signaling.”

previousGov. DeSantis on Fred: 'It's actually going to be a pretty strong tropical storm'