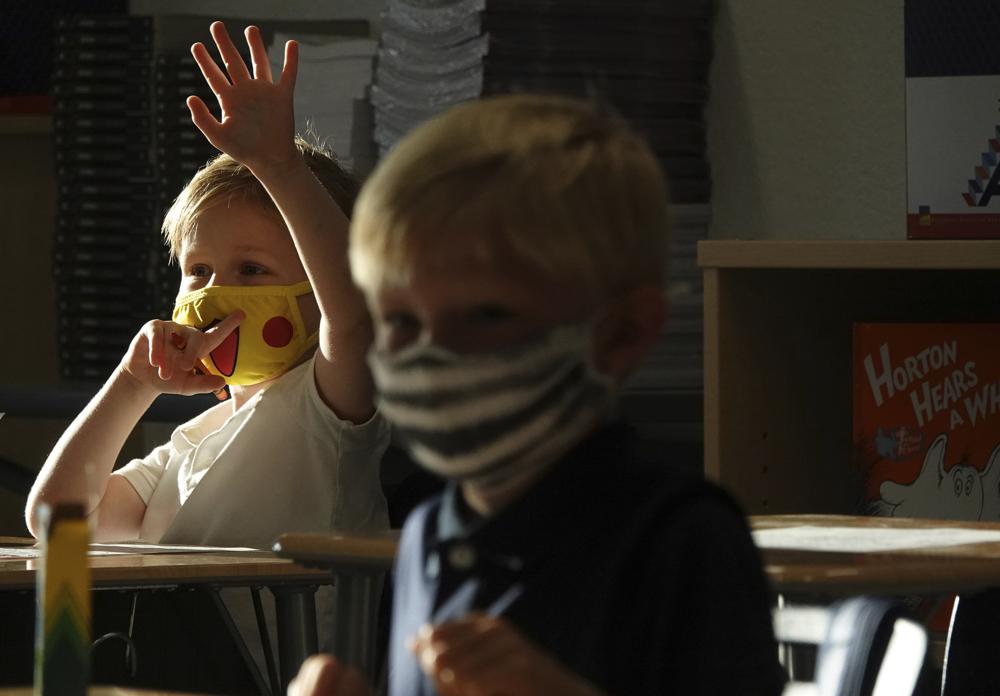 After Labor Day, masks are required for most students in Jacksonville-area schools — unless a doctor says otherwise.

In an emergency meeting on Monday, the district voted to issue an indoor K-12 mask mandate by a 5-2 vote after a nearly eight-hour meeting. The rule, effective Sept. 7, applies to schools, school events, and transportation for 90 days.

Dissenting were Lori Hershey, who is running for state House, and fellow conservative Charlotte Joyce.

Hershey blasted the city lawyer who drafted language for the mask mandate, saying the meeting had an “agenda” and she was “greatly troubled” by the conclave. The attorney noted that Hershey never reached out to her for a meeting.

Joyce cautioned that not all doctors agreed that a mask mandate was right for children.

“I will not support this because I’m not going to take the right away from the parent,” Joyce said.

Indeed, the board lawyer expects pediatrician opt-outs. Those have to be on a standardized form.

Board members felt emboldened to move forward in part because the state will only dock board member salaries rather than removing student funding as was once feared.

The parental “opt-out” compromise, also a 5-2 vote, to “strongly encourage” masking is now gone. In its stead: a firmer requirement with only a medical opt-out allowed, circumventing the construct of parental choice.

The district will have to justify its move to the state, while roughly one in 10 students who opted out will be affected by the decision.

Penalties for not wearing masks would be categorized as “insubordination,” Greene said but noted “very few students ever made it beyond insubordination” in last year’s mask-policy penalties.

Ahead of the vote, prominent doctors warned of the need for a mask mandate with a more contagious virus that is more dangerous to young people than previous iterations.

Dr. Sunil Joshi, president of the Duval County Medical Society Foundation, argued in favor of masks as a mitigation measure with hospitals still at “critical mass.” Dr. Jeffrey Goldhagen said this is a different challenge altogether, describing the delta variant as “COVID-21.” Dr. Mobeen Rathore said a mandate would be “two weeks too late.”

The dress code change was preceded by a robust public comment period with 68 speakers. Many of them questioned the need for the meeting and the timing thereof, chiding the board for bucking the Governor’s Executive Order and the Student Bill of Rights in favor of thwarting mask choice.

“I don’t follow the science because it’s not proven the masks work … I follow the money,” said another anti-mask mom. “Do not muzzle our children.”

“You’ll come to realize we parents are a formidable force,” said an older gentleman, urging the board to consider resignation.

“It just seems like DeSantis is the only one who cares about my child,” said another mom.

“You’re trying to kill these children, slowly but surely,” another anti-mask mother, Grace de la Rosa, said. She noted she is running for the school board herself.

Pro-maskers, too had their say.

Democratic mayoral candidate Donna Deegan, a cancer survivor, urged the board to pass the mandate, saying that many kids are immunocompromised and that still others bring the virus home to immunocompromised parents.

Former mayoral chief of staff Chris Hand reminded the board that, in his legal view, they had the right to take actions such as mask mandates. He noted that the state Constitution gives school boards authority and latitude to do so.

A representative from the union representing bus drivers noted that up to 70 students could be on a bus, meaning social distancing is impossible.

previousLast Call for 8.23.21 — A prime-time read of what’s going down in Florida politics