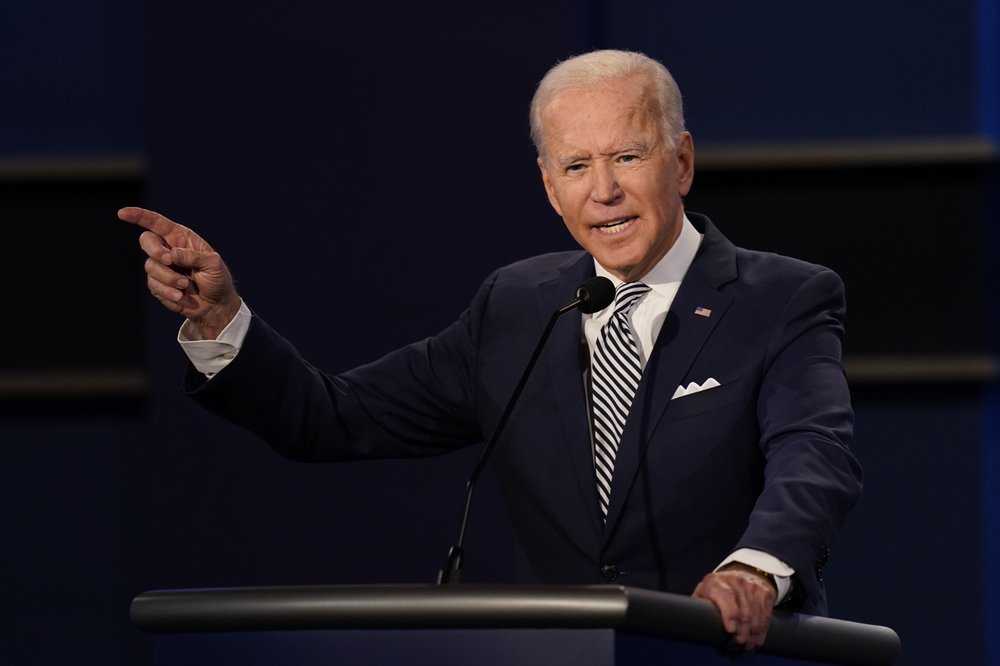 'This will make a magnificent difference in so many lives.'

Florida Democrats and representatives from a statewide faculty union agree: The national college loan system is broken, buries students in decades of debt and needs to change. One major way to address the problem, they said, is President Joe Biden’s $1.8 trillion American Families Plan.

That would be “a game changer” for Florida students and the state’s diverse economy, said U.S. Rep. Darren Soto of Kissimmee.

In Osceola County alone, he said, microchip manufacturing is on the rise. The space industry, driven in part by Elon Musk’s SpaceX partnership with NASA, continues to gain momentum. There’s a growing need for personnel to develop and maintain military simulation programs. And those represent only a fraction of Florida’s expanding tech industry, one of many sectors on the rise in Florida.

As Washington edges closer to passing the largest infrastructure package in American history, he said, the Sunshine State’s workforce needs to be ready.

“We’re going to need skilled workers in welding and construction, in iron work and in electric work and among other blue collar, high-paying jobs,” he continued. “But it requires job training.”

Some 43 million students in the United States today collectively owe $1.73 trillion in college loans, according to statistics aggregation site EducationData.org, which calculated that student debt rose 415% between 2003 and 2020, far outpacing national GDP growth.

The U.S. has an “antiquated system” in which students who come from wealth ultimately pay less for higher education than those who have to take out loans to support their academic goals, Ghamidi said.

“The current reality we have created is one where we actively punish those who want to pursue an education, because they have to mortgage their futures to do so and saddle themselves with debt that often has predatory interest rates attached,” Ghamidi said. “Why is this the norm, that those in need pay so much more?”

The Biden administration’s official line on the American Families Plan is it will be funded by taxing only those who earn more than $400,000 per year. As such, the plan is structured to help less well-to-do Americans scale the economic ladder and escape poverty.

The nation’s top 2% would bear the burden, according to an analysis by the Wharton School of the University of Pennsylvania, which projected the plan would raise $3.375 trillion in new tax revenue through 2030 while increasing spending by $5.37 trillion.

For students attending historically Black colleges and universities, whose graduates on average owe $25,000 more in student loan debt but have less net worth than their White counterparts, the plan will be a godsend, said Davis, who revealed she is still repaying her own student loans.

“A lot of our students at HBCUs struggle with the cost of tuition,” she said. “We can wipe all that (debt) out with this bill (and) begin to create a level playing field.”

For doubters, a community college program can be the difference between pecuniary stagnation and prosperity, Cruz said, citing her own life story as an example of just how much difference two years of post-high-school education can make.

The product of a low-income family who became a mother at age 16, she applied for and received what is now called a Pell Grant. The forgivable grant covered two years at Hillsborough Community College, where she enrolled in an optician dispensing technology program.

That led to her becoming a licensed optician, a Pearle Vision Center franchisee (with some family help), a regional director for Cigna Healthcare and a Florida lawmaker.

“It was a step out of generational poverty, (and) overnight I went from signing the back of a paycheck to signing the front of a paycheck,” she said. “That two-year program made a gigantic change in my life, and the help that I had is not as readily available today. Now it’s about … taking out loans and walking out of a program trying to figure out how to make those payments first.

“A lot of students don’t understand that they can devastate their financial future by defaulting on these student loans that never go away, and the problems are multiplicative when you don’t have the money. That’s just the bottom line here. This will make a magnificent difference in so many lives.”

previousLast Call for 8.26.21 — A prime-time read of what’s going down in Florida politics