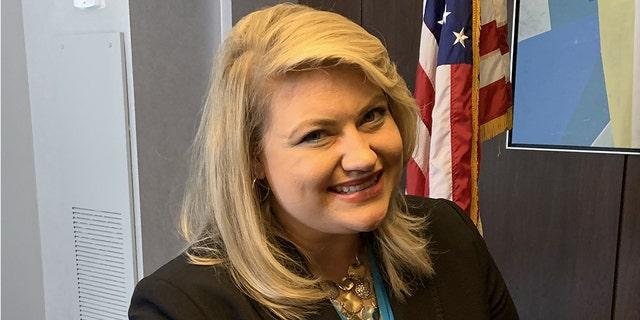 The not-so-subtle comparison implies Cammack thinks Biden is asleep at the wheel.

During an appearance Monday on “Fox & Friends,” the first term U.S. Representative compared the President to the 1989 film “Weekend at Bernie’s,” a less-than-subtle suggestion Biden may be little more than a figurehead anyway.

She offered the cinematic comparison when pressed on the fact Biden’s resignation would result in Vice President Kamala Harris becoming President.

“Trust me, I absolutely would take Weekend at Bernie’s any day over a potential President Harris,” Cammack said. “But this is where we are at.”

The classic film tells the story of protagonists who visit their mob-connected boss’ vacation home and find him dead, but prop up his corpse in various scenes to hilariously convince people he is still alive while they enjoy run of his house.

Cammack was elected in November, and some of her first votes in the House included voting against certifying President Biden’s victory over Donald Trump and against impeaching Trump for inciting an insurrection over that certification.

Months later, it’s the handling of the withdrawal of U.S. troops from Afghanistan that has her again opining against Biden belonging in the White House. The administration has faced criticism since the Taliban took over the country nearly 20 years after the U.S. invaded and deposed the Islamist state.

She expounded on that during her interview on Fox News. While hosts noted Harris is next in line for the presidency, with Speaker of the House Nancy Pelosi behind her, Cammack said this isn’t about selecting a top choice for President but about accountability.

“If we continue to allow bad decisions to go unchecked then we are perpetuating a cycle where really they can get away with murder, as we have seen the bodies of our Marines coming off of planes at Dover Air Base,” she said. “That right there is a sign of just how deadly these decisions are this administration is making.”

At the same time, Cammack acknowledged the political unlikelihood of Biden resigning over Afghanistan.

But she said Biden’s mistakes have been consequential. She said her office has been working with a group trying to get out of Afghanistan, and their interpreter was murdered this weekend. That came after POLITICO reported the Biden administration gave the Taliban a list of Americans and Afghans working with the U.S. There’s no confirmation whether that was connected to any interpreter death to date, but many Republicans, including Cammack, characterized that as a “kill list.”

“These are the things this President needs to be held accountable for, and without that accountability people start losing faith in their government,” she said. “At a time when we need to come together and really focus on getting every single American out and our allies that helped us, that accountability should be front and center when we are talking about how we are going to respond and move forward.”

Cammack is at least the third member of Florida’s delegation to call for Biden’s resignation.