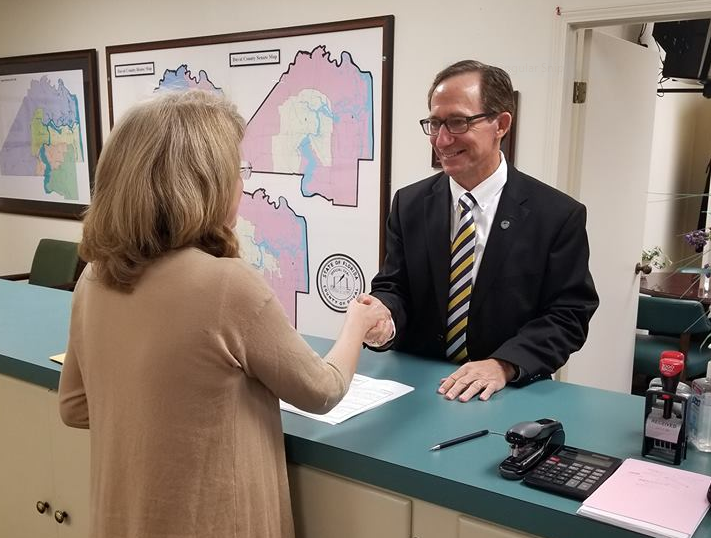 Races are already filling up ahead of the 2023 cycle.

He currently is Duval County Property Appraiser, a position he has held since 2015.

Holland’s tenure as Supervisor of Elections historically has been well-regarded, with Democrats vouching for his credibility. It is that reputation for being an honest broker that could allow him to have over two decades in constitutional offices in Duval County if he wins in 2023.

Even though Democrats command an electoral plurality in Duval County, Holland has been able to hold office throughout his political career.

In 2019, Holland dispatched a challenge from Democrat Kurt Kraft, carrying 66% of the vote. Kraft ran a spirited campaign full of ad hominem attacks on Holland, and did not get traction with donors or voters.

It remains to be seen, however, if Holland will have such an easy path back to the Supervisor of Elections sinecure. The 2023 cycle thus far has seen a lot of early activity, with hopefuls filing for other races early, indicating crowded fields to come, with a paucity of positions and a plethora of public servants seeking new life in a new gig.

In the race for Mayor, two Republican City Council members, Matt Carlucci and Al Ferraro, have filed. A third, LeAnna Cumber, is exploring a run and has engaged consultants from D.C. Republican Daniel Davis and Democrat Donna Deegan are also exploring runs for the city’s top job.

Meanwhile, even the race to succeed Holland as Property Appraiser has two Republican office holders on a collision course. Term limited City Council member Danny Becton and Rep. Jason Fischer, who shifted focus from a Senate run recently, are already in the mix.

More than two candidates in these races mean there likely will be May runoff elections after the first ballot in March. Though candidates are identified by party on the ballot, Duval County municipal elections are non-partisan with no official Republican or Democratic Primaries in the traditional sense.

nextSunburn — The morning read of what’s hot in Florida politics — 9.2.21