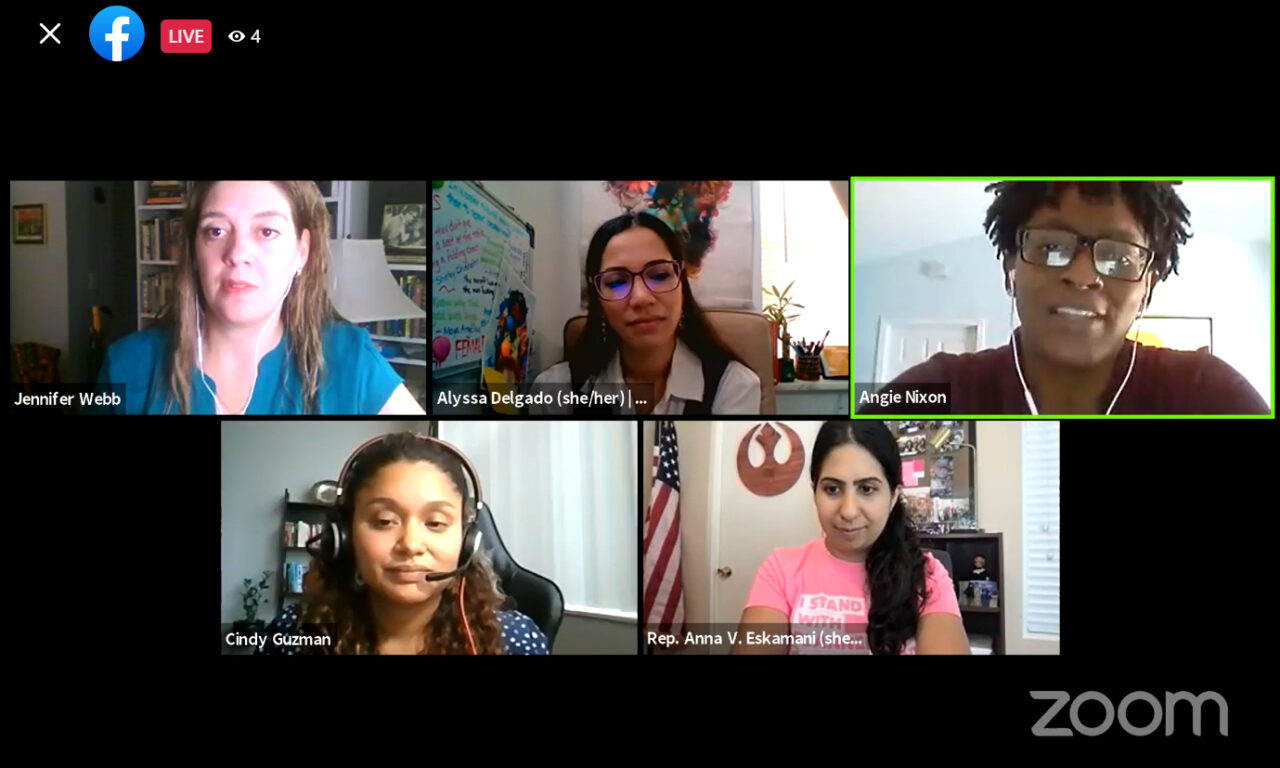 Anna Eskamani warns social issues can be 'tools of distraction.'

Going into Labor Day weekend, Florida’s progressives have plenty of social politics concerns, such as abortion rights, but Friday some vowed to stay focused on economic issues such as funding universal free pre-K preschool instead of corporate tax rebates.

Democratic Reps. Angie Nixon of Jacksonville and Anna V. Eskamani of Orlando joined former Rep. Jennifer Webb of Gulfport and others in a Common Ground Florida forum Friday where they committed to battles they say help working families but which they’ve been losing in recent Legislative Sessions over such items as pre-K, unemployment benefits, or earned income tax credits.

“Labor Day is sacred in this country because it honors the contributions and achievements of American workers. And that’s why we’re here today, to honor and fight for these everyday Floridians,” Webb said at Common Ground’s Floridians First Labor Day Press Conference, held over Zoom and Facebook Live.

“Our state’s Legislature has made a habit of using our tax dollars to fund lucrative kickbacks to some of the wealthiest businesses in the state, instead of investing in our communities,” Webb said. “It doesn’t have to be that way.”

Webb and the others vowed to pursue such programs as expansion of unemployment benefits and earned income tax credits for working families and to oppose Republicans’ plans for additional tax rebates to large corporations, which Eskamani said are $624 million next year.

Nixon vowed to reintroduce her legislation to provide universal pre-K in Florida.

“I continue to be stunned that my Republican colleagues rejected my amendment to fully fund universal pre-K in Florida … and refused to hear our pre-K bill year after year, yet approve billions in corporate giveaways,” Nixon said. “We have the money to invest in our families, and year after year our colleagues on the other side of the aisle put corporate donors ahead of their own constituents.”

Eskamani said she will introduce a bill to wave sales tax on diapers. Yet she predicted the 2022 Session will be one where progressive Democrats will spend much of their effort playing defense against such things as a possible Texas-style abortion bill.

“Don’t forget the economic debates,” Eskamani advised. “In so many cases some of the most important social issues are also a tool of distraction. And so it can be very challenging to have to keep an eye on multiple silos. But as we fight on issues that are very personal in nature, like reproductive health and LGBTQ+ rights, and the case of COVID with local control and so forth, don’t lose sight of economic issues, because at the end of the day they all tie together.”

nextGunman in custody in Polk Co. after 4 killed, including mom and baby