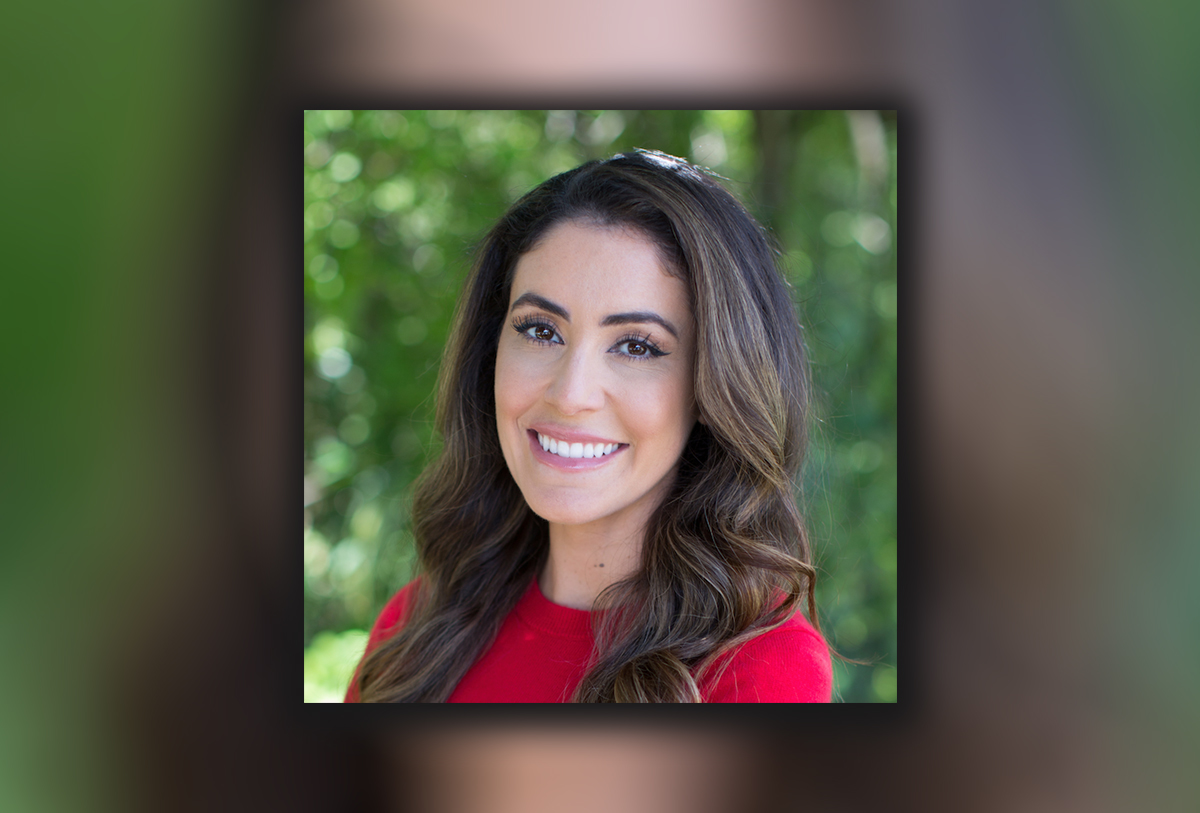 'They try to attack me personally and attack my credibility because they don’t want to talk about the issues. '

As Anna Paulina Luna solidifies herself as the Republican front-runner in the race for Florida’s 13th Congressional District, she faces increasing due diligence.

And the opposition research is flying.

FP: Court documents from early 2014 show that you briefly worked as a cocktail waitress at a gentlemen’s club while living in Fort Walton Beach. In a court filing, you wrote that you picked up this cocktail waitressing job to bring in quick money needed to travel to visit your husband at Walter Reed Medical Center, where he was recovering after being shot in Afghanistan. Given where it was, some people say this job should raise concerns about you and your character. What is the real story, and what do you say to that?

APL: In January 2014, my husband, Andy, was shot in Afghanistan by al-Qaida fighters. I was out of the Air Force and in college at the time, and we were struggling as it was to make things work on a military salary.

When I received word that Andy had been shot, I immediately scrambled to come up with the money to see him.

The military doesn’t always pay for family to see their recovering service member, and they wouldn’t pay for mine. We were always struggling to make ends meet on military wages as it was, and I was in college on top of that.

I’ve never experienced so-called “family money.” We never had that. So, I called a friend who bartended at a local club to see if I could get a waitressing job to make quick cash to see Andy. She got me the job, I worked a few shifts to earn the money I needed, and I quit and went to see him.

FP: Some people tried to construe this as you being an exotic dancer, but you never were, correct?

APL: Absolutely not. Which is blatantly obvious and clear from the documents you referenced.

FP: You ran a tough race last year and were successful in winning the Republican primary handily. Why do you think this is just coming out now? Do you think people are trying to weaponize this because you are the Republican front-runner?

APL: Of course. Campaigns are nasty. And I’ve learned now that a lot of candidates can’t stand on their records or talk about the issues, so they resort to twisting information and lying about their opponents to try to diminish them.

And it’s particularly bad if you are a woman, especially a younger one. According to the political insiders and conventional wisdom, I wasn’t supposed to win last year.

And there are a few opponents out there who are still angry that I did.

FP: Do you feel sexism plays a role in how the political class has treated you?

APL: I don’t think every man – or anyone – is just sexist by default. That said, I do think that women are attacked in ways that men aren’t, and collectively the insider political class tries to make that OK. They just want lackeys that will play their insider political games and do their bidding.

Frankly, this issue is a perfect example.

APL: Andy was shot in Afghanistan by al-Qaida. After recovering, much to my dismay, he redeployed to fight ISIS. He’s earned a Bronze Star, a Purple Heart, and has a second Bronze Star nomination in progress. He is an American hero.

And right now, the biggest issue in America and perhaps the world is the failure of our political leaders – insiders – to finish the mission in Afghanistan with the dignity and honor those who sacrificed deserve.

If I were a man who had done what was necessary to be with his combat-wounded wife, people would call me a patriot, a hero, and a committed husband. But because I was a young woman (I was 24 at the time) and I served drinks for a couple of weeks to earn the cash I needed to see Andy, people are trying to make up lies and say I did something less honorable.

APL: Well, many people in this country honor our troops, our veterans, and our fallen soldiers. And many people and organizations do a lot to help them. But it’s a shame that other organizations and people have to.

The Veterans Affairs system is often terrible and is broken in many ways, and I’ve talked about this a lot through the course of my campaigns. Getting it fixed is one of my top priorities.

President (Donald) Trump made some good reforms, but there is still so much to be done.

Andy’s recovery through the VA was a nightmare. It was an incredibly stressful time in our lives, not just because of the injury but because of the difficulty of navigating the insane bureaucracy that is the VA system.

And although many people did step up to help, there were plenty of times where we felt completely alone in trying to get Andy healthy again.

FP: How are you feeling now, amid the fallout from the Afghanistan withdrawal?

I think our leaders need to be held accountable. Andy and I lost a lot of friends in this war. And I’m afraid we’ll lose more. I’m still working with some organizations to try to evacuate some people. But we are running out of time.

The Taliban is going door to door and executing people or telling them to show up to “court” or their family will be killed. They are leaving notes on doors stating that clearly. I know this directly from people who are still there. Not to mention the videos the entire world is seeing. An Afghan being hung from an American Helicopter — piloted by a terrorist. Afghans being summarily executed. Being shot in the head. Or being shot 50 times in some videos.

It’s an absolute disgrace, and as a prominent Tampa Bay resident recently said in the Wall Street Journal, it is to the eternal shame of the United States of America. It’s a disaster. It’s heartbreaking. And it’s angering. And the morale of our troops is in shambles.

They have been betrayed by our leaders after sacrificing so much. Veteran suicides have shot up since the collapse of Afghanistan began. Many feel ashamed that they personally couldn’t do more to help those that helped them. But the troops did all they could. They still are.

There are so many veterans and even active service members working covertly even still – without the support of the U.S. Government, to try to do the right thing that our political leaders failed to do.

FP: You’ve also talked in the past about the unseen cost of war for our troops and their families. You wrote a fiction book about it. Was that based on your experience?

APL: Much of it was drawn from my life experience, yes. Andy and I met in the Air Force and fell in love. We were really young. Any married couple will tell you that marriage is a constant growing process and is not always easy. Now add to that being extremely young, being basically broke, having a husband fighting a war on the other side of the world – much less get shot and nearly die. It’s extremely stressful. Even now, years later, I get emotional talking about it. But we got through it together. It was hard. But we made it.

Now we try to use our experience to help the troops, other veterans, and their families as best we can. Andy and I recently filmed an interview to share our story.

We’ll give Florida Politics the first look at it in the next couple of days.

FP: Well, thank you for your service. And thank you to Andy for his. America is obviously extremely divided right now politically. But I think we can all agree that our troops and our veterans are to be commended, and we should do what we can as a nation to help their wounds heal.

APL: Thank you. That means a lot. I hope we can all agree on that. Time will tell. For the moment, we are going to keep trying to help who we can.

And I will continue to be a loud voice demanding accountability for this disaster.

This interview has been edited for clarity.

Disclaimer — According to Reuters Fact Check, regarding the video referenced above of a man dangling from a helicopter in Afghanistan: “Further evidence (a more zoomed-in video and photos of a similar scene on the same day) point toward a viral video purporting to show a man killed by the Taliban as alive and part of an organized maneuver. This content shows him moving and tied to a harness.”

previousFWC: Please be safe on the water this Labor Day Weekend

nextLabor Day blues: Tampa ranks as one of the worst city's for outdoor grilling