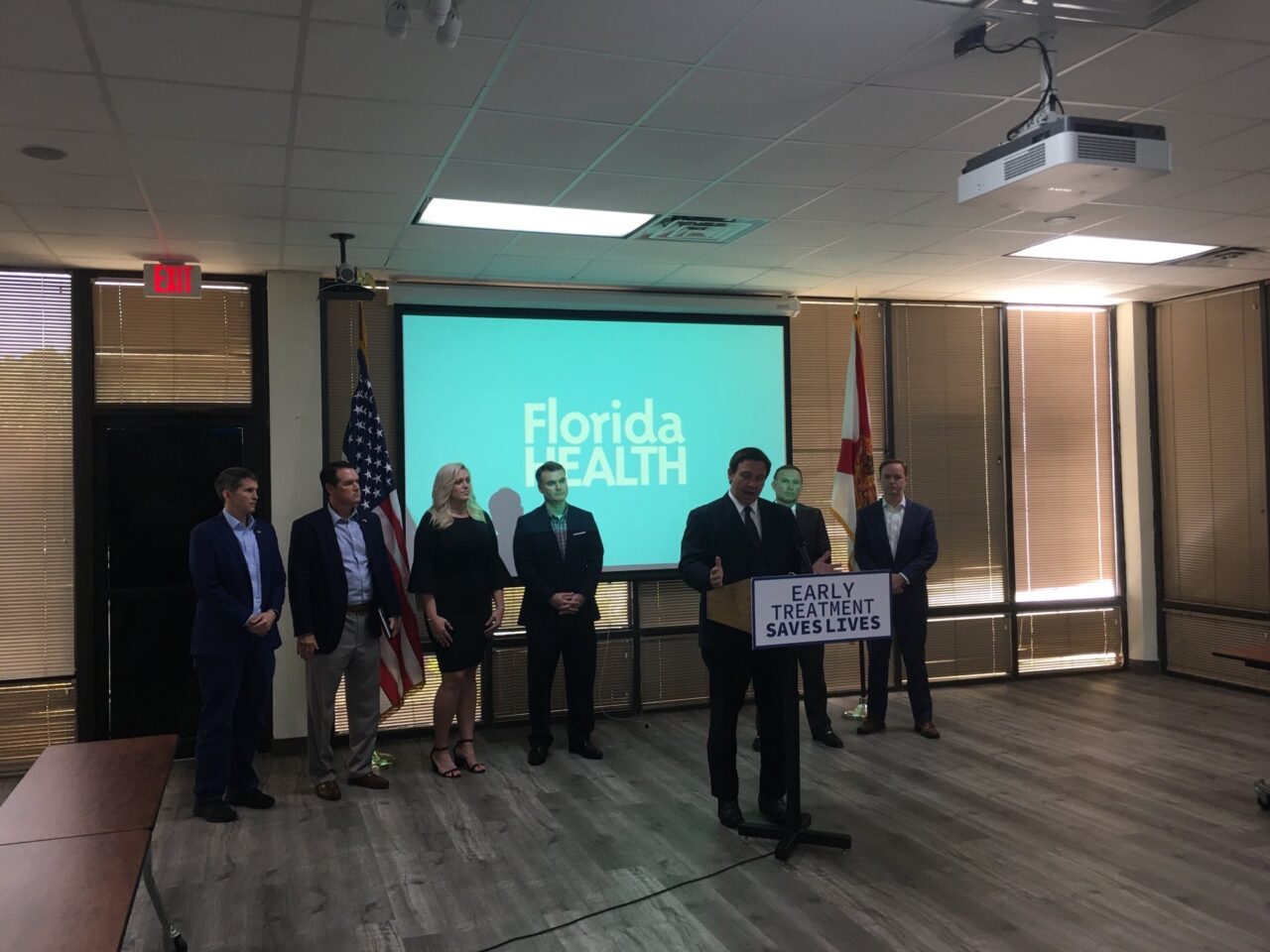 Days after showing flu-like symptoms at a no-mask press conference with the Governor highlighting monoclonal therapy, a Jacksonville-area legislator took advantage of a treatment for COVID-19.

Rep. Jason Fischer documented his breakthrough case and use of monoclonal therapy in a tweet Friday evening.

“I just got monoclonal antibodies,” Fischer stated. He tested negative earlier this week, but his son was positive.

Despite his own vaccination, Fischer displayed breakthrough symptoms and availed himself of the Regeneron treatment at the Jacksonville Public Library based on his doctor and he believing he had the virus.

Fischer urged those who need the treatment to get it immediately.

The legislator’s story offers yet more proof of the positive effects of monoclonal antibody therapy, which DeSantis rolled out in Jacksonville weeks back. Monday’s press event saw DeSantis accompanied by Toma Dean, who went from being photographed face down on the floor to being proof of the therapy’s benefits.

DeSantis noted Jacksonville thus far had set the pace for monoclonal treatments administered; Jacksonville was the first site in the state to have access to this therapy.

Fischer stood next to a legislator at the event who himself had a breakthrough case and offered his own monoclonal testimonial.

“This is not a disease or a virus you’re going to tough out,” said Rep. Cord Byrd.

It’s worth noting that DeSantis and the legislators were unmasked. DeSantis has expressed qualms about the utility of masking, and his administration is at war with myriad school districts that have issued mask mandates despite an executive order and rulemaking prohibiting them.

Fischer currently represents House District 16. He is running for Duval County Property Appraiser in 2023 and has not filed for reelection to the House.

In recent weeks, Duval County has seen declines in case count, rates of positive testing, hospital beds used for COVID-19 patients, and ICU berths, according to records with the federal Centers for Disease Control and Prevention. Trends have been positive for all demographics but the pediatric, with cases presenting real challenges in local schools.