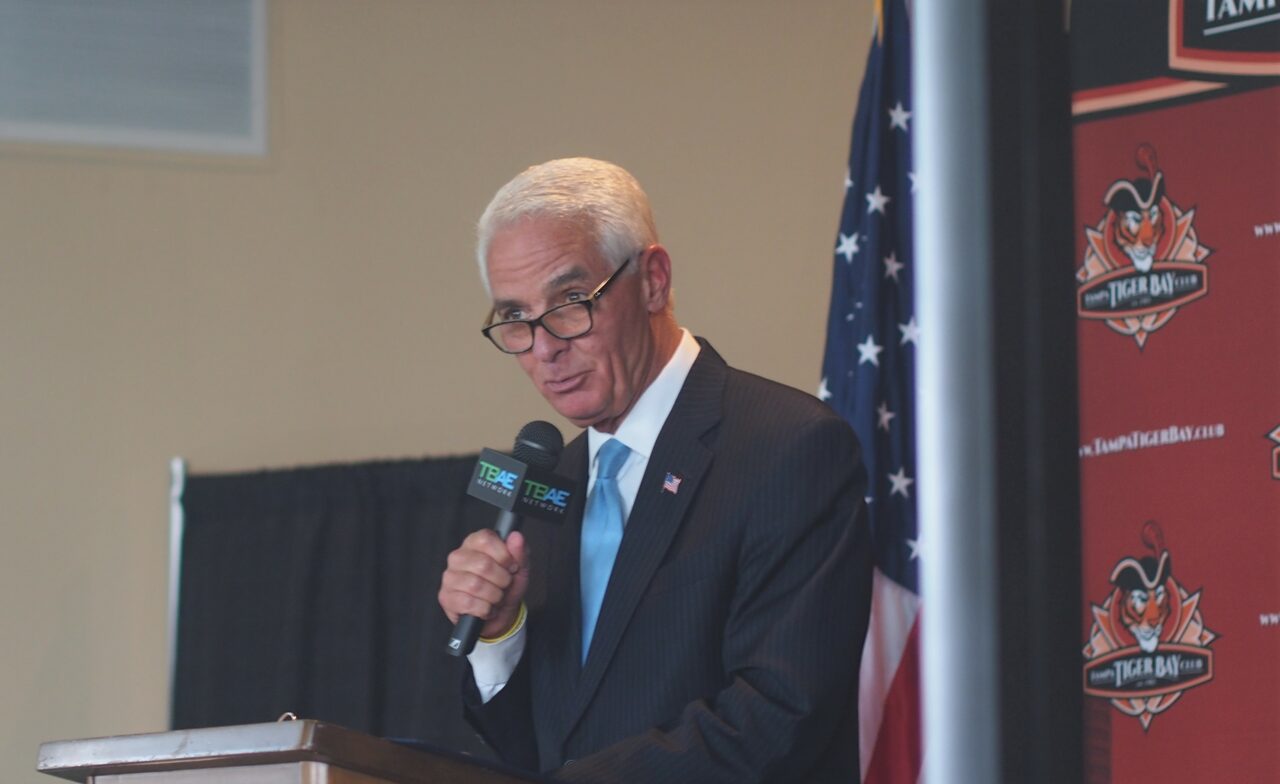 The former Republican defends his record on abortion, promises to veto any restrictions on choice.

“I don’t attack fellow Democrats,” Crist said in a Zoom press conference. “I’m going after Gov. Ron DeSantis and he needs to be defeated.”

The response came after Nikki Fried, Florida’s Agriculture Commissioner and Crist’s opponent in the Democratic primary for Governor, shared unearthed robocalls when Crist, previously a Republican Governor, described himself as a pro-life conservative.

“I’m pro-life, I oppose amnesty for illegal immigrants, I support traditional marriage and I have never supported a new tax or big spending programs,” Crist said in the old audio.

“I’m the only candidate running for Governor in Florida that’s been pro-choice my whole life and never sacrificed women’s health for political gain,” she tweeted.

The winner of the primary will face DeSantis as the Republican seeks a second term as Florida’s chief executive. To achieve that, Crist said Democrats must be able to unify for the General Election next year.

“What we need to be focused on is the real objective here and that’s to defeat Gov. Ron DeSantis,” he said. “That will continue to be my focus. I think we have to be unified in order to make that happen and to accomplish that and that’s exactly where my focus is going to continue to be.”

Crist, now a Democratic Congressman, defended his record and said he has never worked to eliminate a woman’s right to end a pregnancy.

“When stating that I was for life, I meant that — for life,” Crist told Florida Politics. “I think everybody is for life. At least I hope so. And that was my position.”

Crist convened a press conference with abortion rights leaders and Democratic state lawmakers after the Supreme Court declined to block a Texas law restricting abortions from about six weeks into pregnancy.

He noted his support for access does include his days as a Republican official, referencing legislation that was under consideration when he served as a GOP Senator representing the Pinellas County area and serving on the Senate Health Care Committee.

“One of the first Sessions I was serving, a bill came before that specific committee that was a restriction on abortion,” he said. “As a Republican at the time, I voted against the bill, which created a 3-3 tie and killed the bill, so I think my position on this issue overarching has been pretty clear.”

That references a vote he cast against a mandatory 24-hour period before women in Florida could have an abortion.

“I generally don’t like the government telling people what to do,” Crist said at the time, according to Politifact. “I believe in individual rights and freedom. That’s why I’m a Republican.”

While Crist’s party identification has since changed, he said the Republican Party has changed its ideology more than he has.

“My position today, I really haven’t changed,” he told Florida Politics. “I am who I am and I believe what I believe.”

Crist today has a 100% voting record on the side of abortion rights, according to Planned Parenthood Action.

He has co-sponsored the Women’s Health Protection Act (HR 3755), which would enshrine Roe v. Wade into statute. Democratic House Speaker Nancy Pelosi has promised to bring to a floor vote when Congress reconvenes this month.

Crist also promised on the press call if he’s elected Governor, he will veto legislation seeking to restrict abortion access.

“If I have the honor to serve as Florida’s next Governor. One of the things you get when elected Governor is a pen,” he said, holding up a Sharpie. “I’ll call it a veto pen on any legislation that would restrict a woman’s right to choose.”