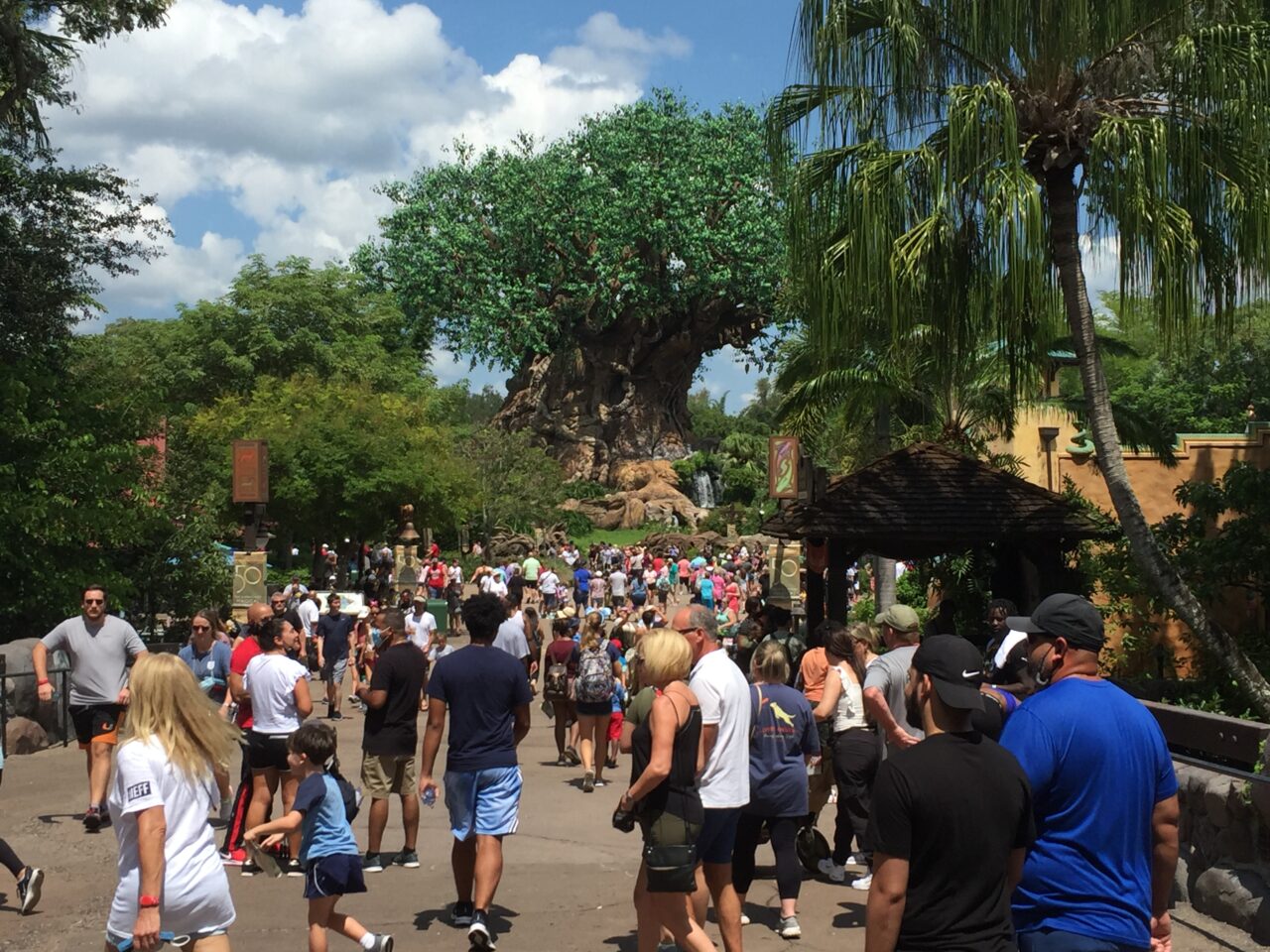 Darrien Lamb needed a quick vacation after she hurriedly evacuated to Florida to escape Hurricane Ida.

New Orleans was still in the dark, and Lamb didn’t know the status of her apartment back home — worries that could be forgotten for a moment when you’re feeling the G-force on a roller coaster at Disney World.

Tourists like Lamb returned in strong numbers to Central Florida during the Labor Day weekend while health officials say they are concerned about the holiday travel during the Delta variant surge that has turned the state into a hotspot.

“We are unfortunately still in a pandemic with a strain that’s spreading very quickly,” said Dr. Jill Roberts of USF Health’s College of Public Health. “I really don’t think people who are traveling here realize the impact COVID is having on the state.”

Air travel at the Orlando International Airport was projected to be busier this year’s Labor Day holiday than before the pandemic hit, airport officials said.

About 304,000 passengers were expected to depart from Orlando during the six-day travel window that ends today. That’s a jump of 20,000 people from 2019 and more than double the departures from 2020.

The airport’s rebound comes after an Associated Press report Saturday that said, “As of mid-August, the state was averaging 244 deaths per day, up from just 23 a day in late June and eclipsing the previous peak of 227 during the summer of 2020. (Because of both the way deaths are logged in Florida and lags in reporting, more recent figures on fatalities per day are incomplete.)”

Since the spring, Orlando’s hotels have continued to recover from the economic crisis, and occupancy peaked at 76% in July, according to Chelsea McCready, Senior Director of Hospitality Analytics at CoStar Group, which tracks hotel occupancy. The figures do not include the hotels at the theme parks.

But the recent rise in cases may have scared some travelers away.

“Travel sentiment has deteriorated since the latest wave of COVID-19 started making headlines in late July and early August,” McCready said. “We don’t have forward-looking hotel data, so we don’t know what will happen over Labor Day weekend in Orlando. But it’s likely that hotel occupancy will remain subdued given the latest trends and the Centers for Disease Control and Prevention recommendation that unvaccinated people (do) not travel over Labor Day weekend.”

Roberts expressed concern that if tourists contracted the delta variant, they could unknowingly spread it back home since they might not feel symptoms for 10 days after their Orlando vacations.

Another worry was the risk of children at the theme parks who are too young to be vaccinated, Roberts said. The virus usually isn’t severe for young people, but medical experts also don’t know the long-term effects COVID-19 can pose for them, she said.

Whether you are vaccinated or not, Roberts recommends wearing a mask anytime you are near crowds. She also urged people to get vaccinated and keep social distance.

On Sunday, Disney’s Animal Kingdom was bustling with visitors who waited 95 minutes midday to ride Flight of Passage, the park’s most popular thrill ride. It wasn’t the wall-to-wall packed crowds from past years, but the park maintained a steady flow of traffic.

Most people didn’t wear masks outdoors in the wide pathways, although Disney requires visitors to mask up indoors. On a roller coaster train, nearly all the passengers wore their face masks; their screams slightly muffled on the plunging ride.

Lamb, who was vaccinated, tugged up her mask as she stood in line for a ride.

“If I ended up getting (the virus), it would suck, but I’m taking every measure,” said Lamb, 26, who lives near New Orleans.

She said she felt safe at the park, which was mostly outdoors.

Lamb also understood the economic recovery challenges in a pandemic from her own personal experience. While people were urged to stay home in 2020, Lamb couldn’t quarantine because the big-box store where she worked as a manager remained open.

She was just grateful to be at Disney World to celebrate her sister’s birthday for the day on her extended hurricane evacuation.

“I figured it’s been stressful,” Lamb said. “I might as well have a little fun.” 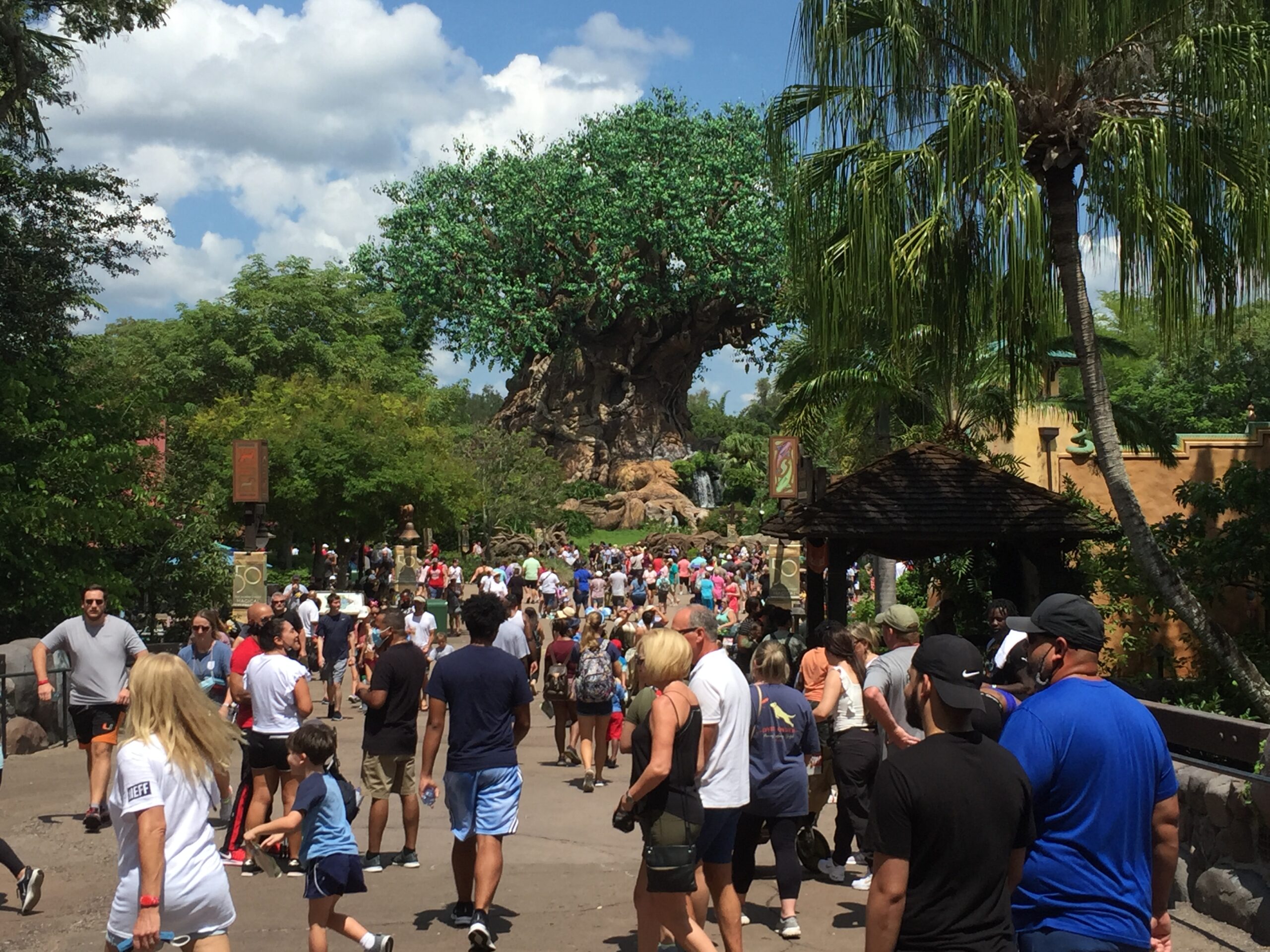 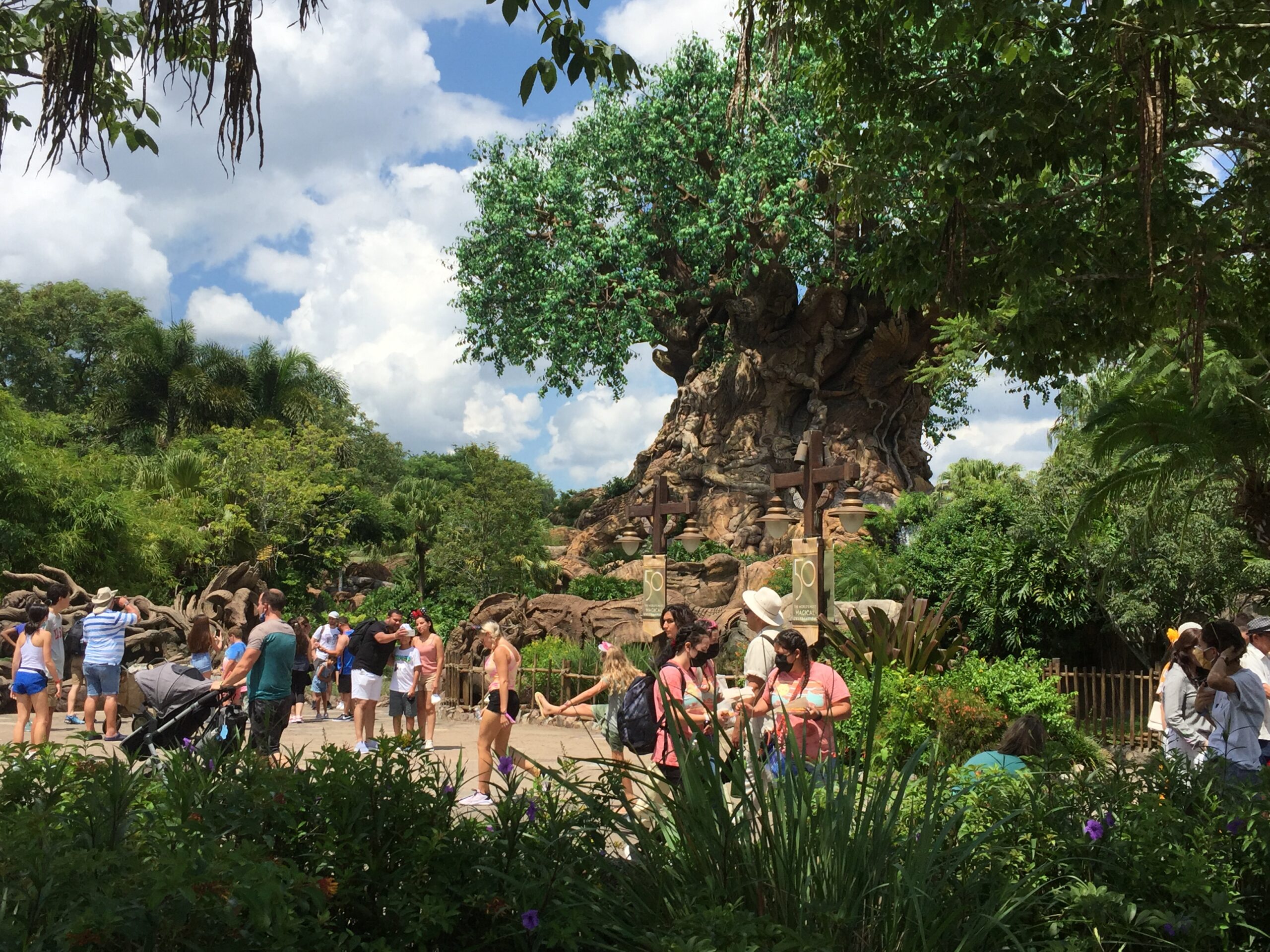 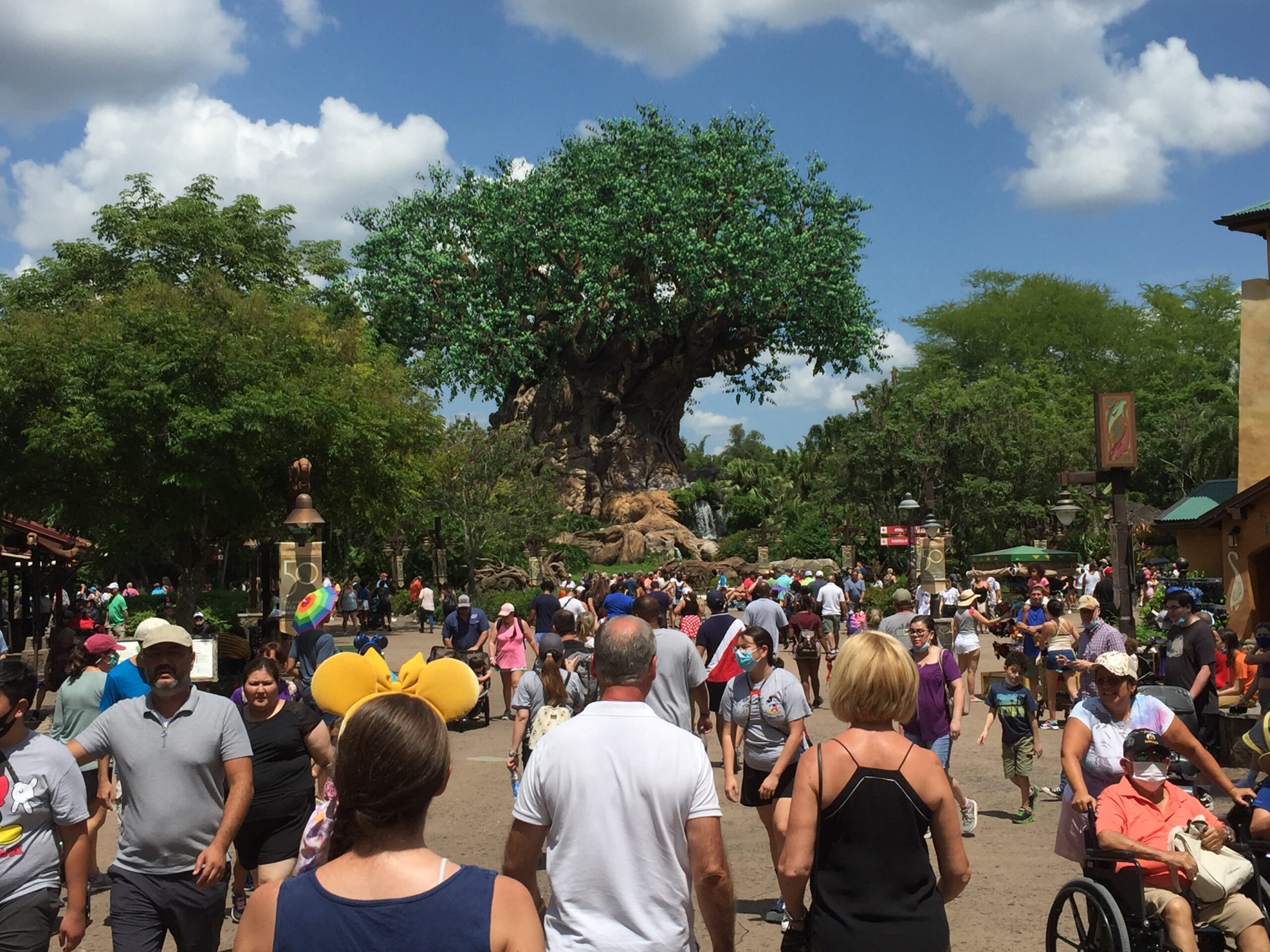 nextActor Michael K. Williams, Omar on ‘The Wire,’ dead at 54