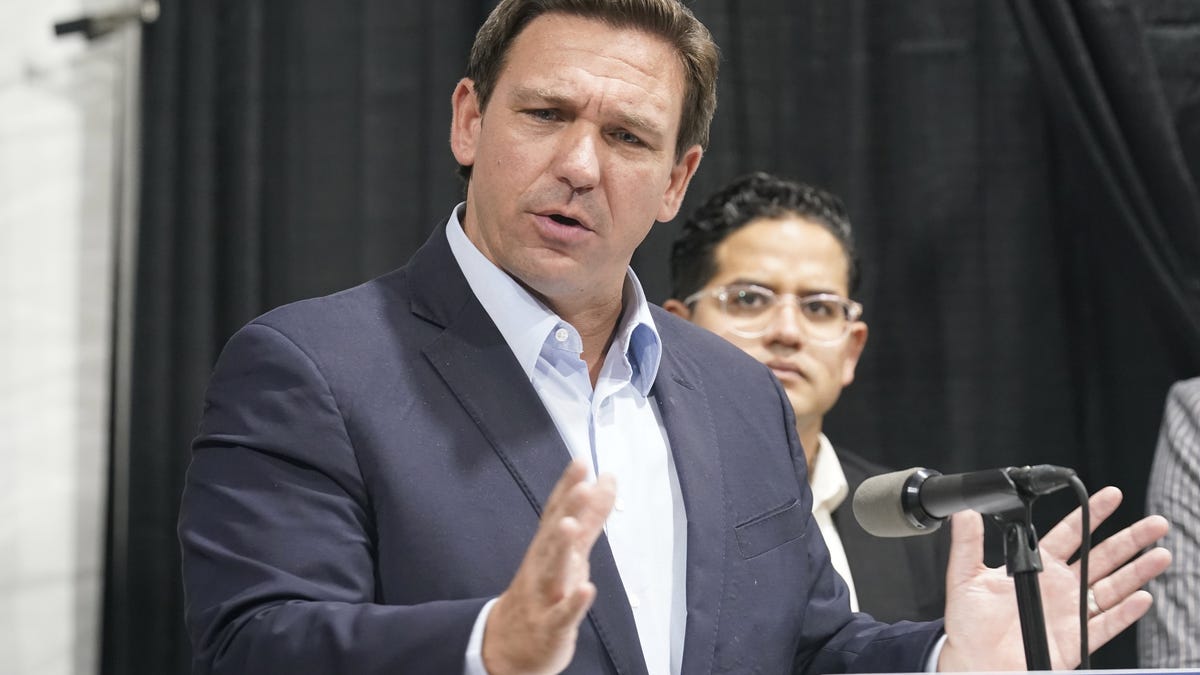 Florida could see a 50% reduction in its supply of antibody treatment for COVID-19.

Gov. Ron DeSantis vowed Thursday to “work like hell” to overcome the federal government’s plan to reduce Florida’s shipments of monoclonal antibodies to treat COVID-19, which have proven a boon to reducing the number of deaths from the virus.

The Governor visited Broward Health Medical Center in Fort Lauderdale to highlight the treatment’s success. Broward County hosts one of the first state-run monoclonal antibody clinics to open and there are now 25 clinics, DeSantis said.

More than 90,000 treatments have been given at sites since they were introduced in mid-August, he said. But Florida’s supply of antibody treatments is under threat from the federal government, DeSantis said.

“We are very, very concerned with the (Joe) Biden administration and the HHS (Health and Human Services) … recent abrupt, sudden announcement that they are going to dramatically cut the number of monoclonal antibodies that are going to be sent to the state of Florida,” DeSantis said.

Demand for the treatment, known under the name Regeneron, has soared in recent weeks, as DeSantis has gone around the state talking up drug cocktail’s curative powers. He has endured criticism for promoting the treatment more forcefully than he encouraged preventative vaccines.

Now, the U.S. Department of Health and Human Services will, at least temporarily, set the rules for distribution of monoclonal antibodies instead of allowing states, medical facilities and doctors to order them directly, the Washington Post reported.

And that will likely mean Florida will be get less of the monoclonal antibodies, maybe half what the state has been getting, DeSantis said.

“There’s going to be a huge disruption and Florida is going to suffer as a result of this,” he said.

DeSantis, who has shrugged off suggestions that he’s running for President in 2024, said he has taken the lead on promoting the antibody treatment while the federal government was busy promoting vaccines.

“We’re proud we acted on that, we’re proud we made a difference … but man, just to pull the rug out from everyone,” he said. “A week after the President himself said they were going to be increasing distribution by 50%…,”  he said.

DeSantis said he’s talking with GlaxoSmithKline about bringing a new cocktail, sotrovimab, to Florida to meet needs. Trials show its administration resulted in an 85% reduction in the risk of hospitalization or death in high-risk adult outpatients compared to placebo, according to a company news release.

DeSantis said 52% of those seeking treatment with the antibodies in Broward County had been vaccinated. A patient DeSantis brought to the microphone was one of those.

“Twenty-four hours after that (treatment) it was basically gone,” said Micha Siegel of Boca Raton.