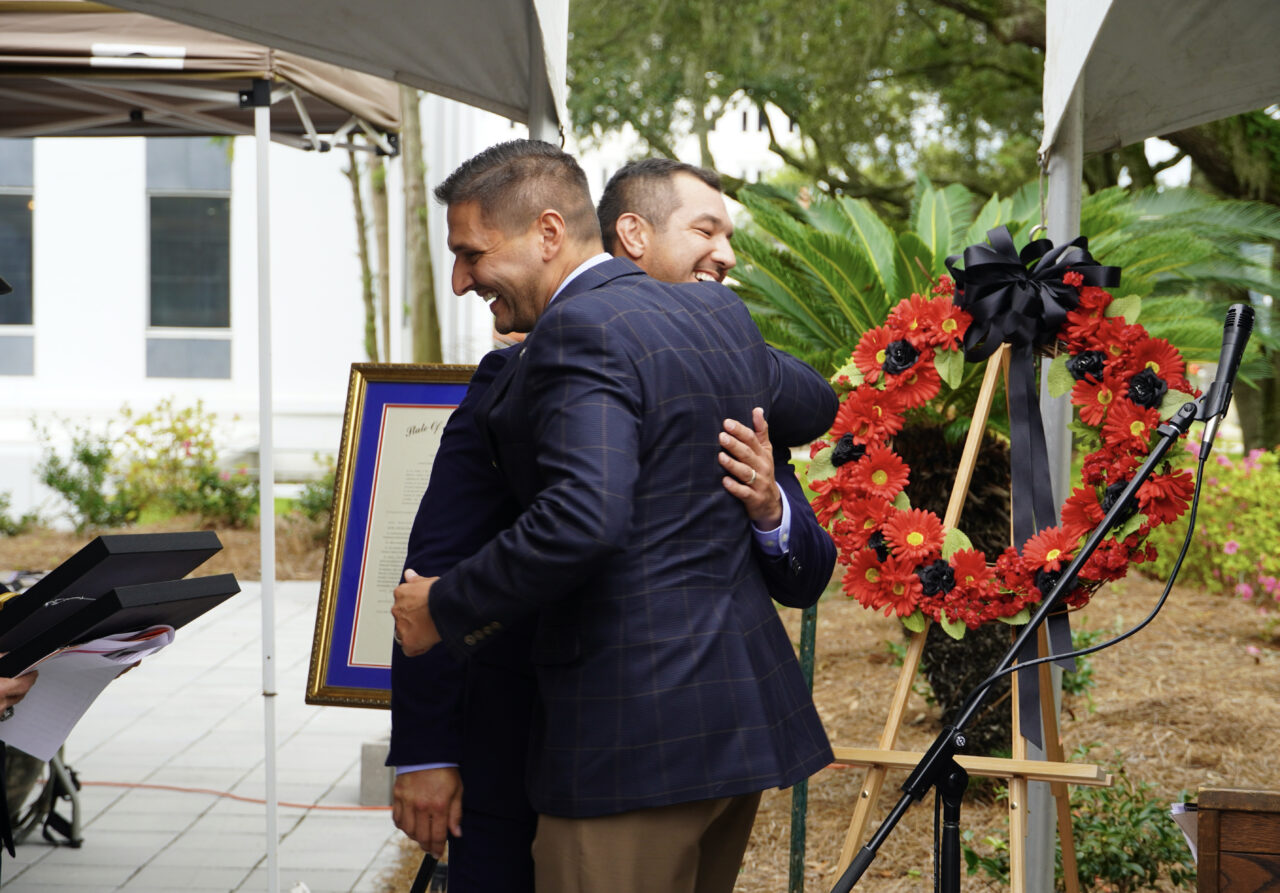 More than 2,600 Vietnam veterans remain unaccounted for. Of those, 54 are Floridians.

Located near the state capitol building, the memorial stands roughly seven feet tall and honors those reported missing in action during the Vietnam War.

Fully funded by Big Bend Chapter 96, the monument replicates the POW-MIA (Prisoner of War and Missing and Action) bracelets worn by many to honor service members who didn’t return home. It also features a stone-like placard explaining the history of the commemorative bracelet.

“I think the magic within this band is not just that we honor the person that’s missing in action,” said Burgess, of Zephyrhills. “It’s also that when you think you’re having a heck of day, it could be a hell of a lot worse, and this reminds you of that.” 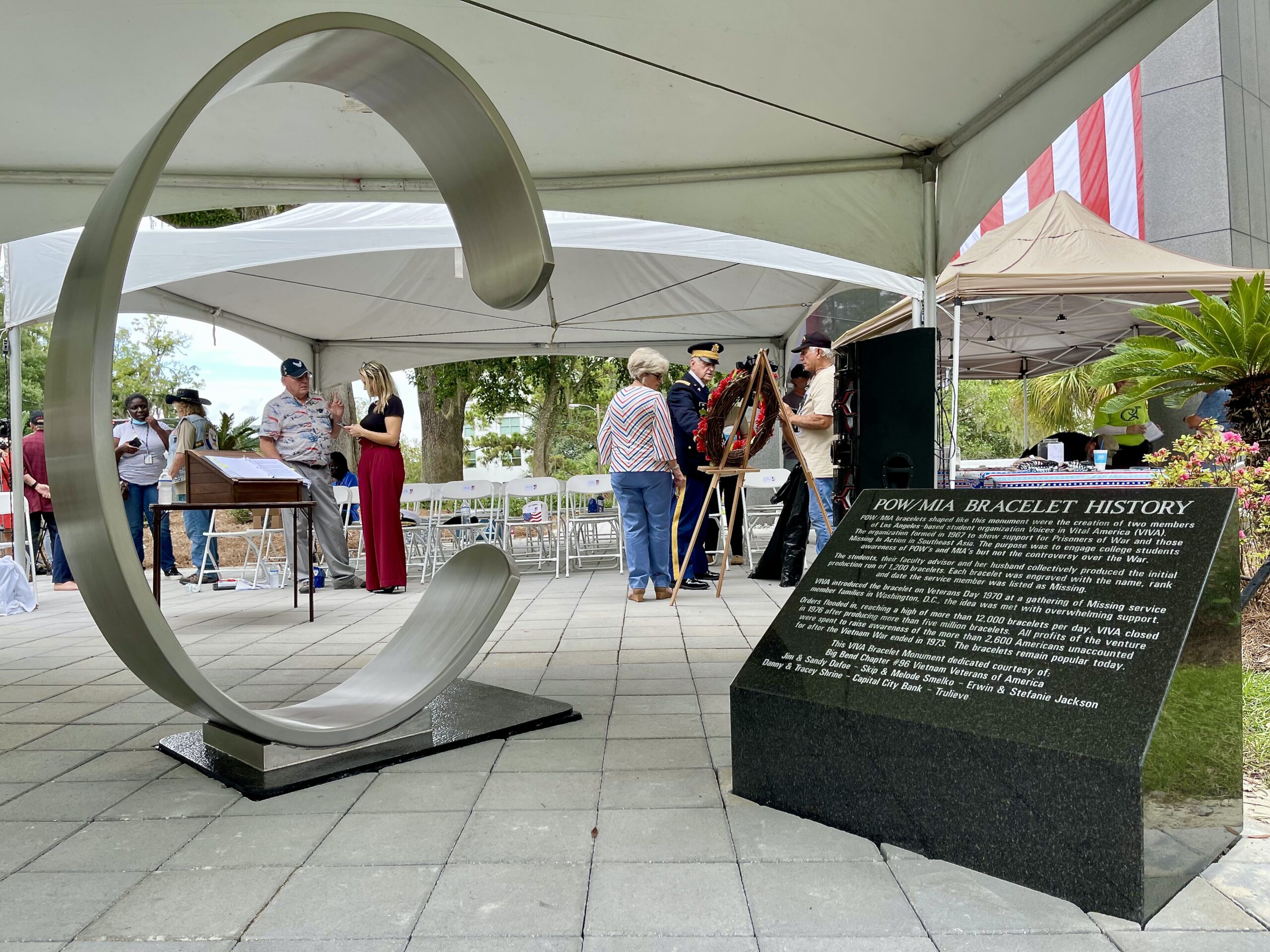 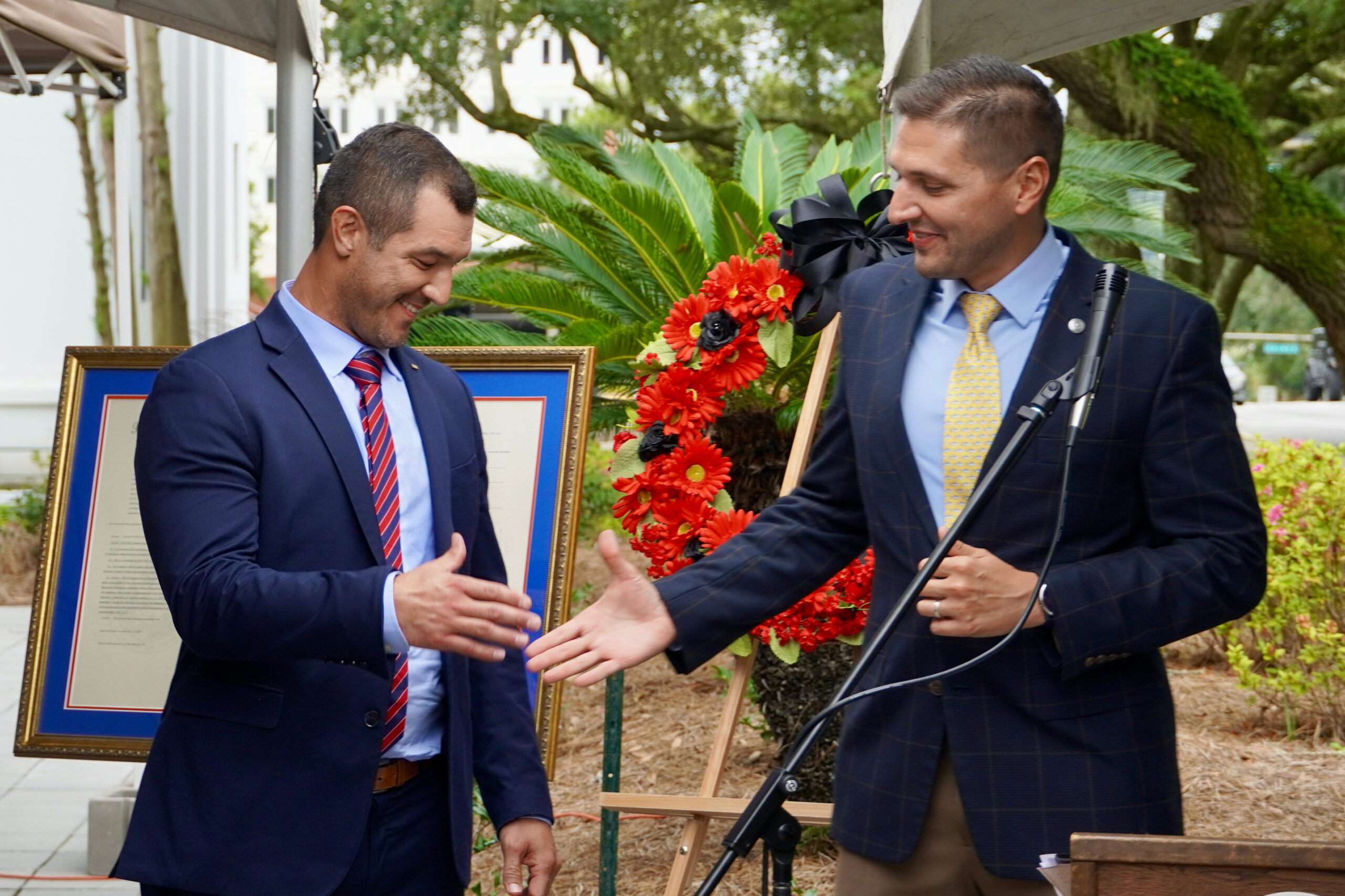 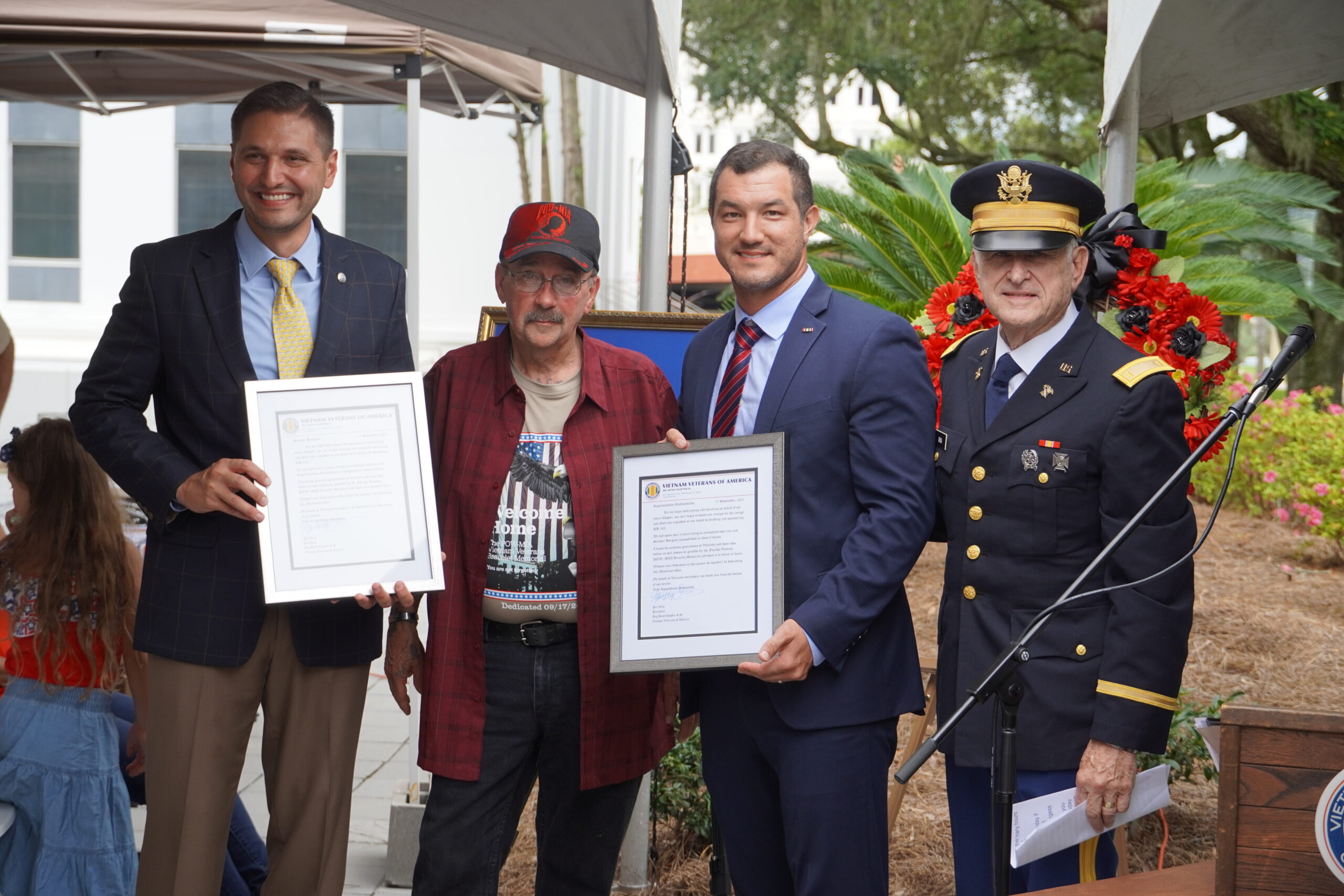 According to Big Bend Chapter 96, more than 2,600 Vietnam veterans remain unaccounted for. Of those, 54 are Floridians.

Giallombardo recognized the moment as an opportunity to give due thanks to generations past.

“A lot of folks don’t realize that when the Vietnam veterans came home, they weren’t as respected as we are today,” Giallombardo said.

Burgess and Giallombardo — members of the U.S. Army themselves — pushed for the monument during the 2021 Legislative Session. The proposal (SB 416) tasked the Department of Management Services with assigning a location for the construction. The project was cost-free to tax payers.

Florida Department of Veterans’ Affairs Executive Director James Hartsell and Leon County Sheriff Walk McNeil were among those who attended the ceremony.

DeSantis, he noted, is among seven governors in the nation who have served in the armed forces. Of those, DeSantis — a Navy veteran — is the only current Governor to serve in a combat zone.

Taylor Biehl, a lobbyists who represents the Chapter said there was a lot of praise to go around for making the Memorial a reality.

“This vision could not have become a reality without the support of our legislative sponsors – Senator Burgess and Representative Giallombardo, President Simpson, Speaker Sprowls, partners at DMS – and – of course our Governor, said Biehl, who said the memorial will serve as a “constant reminder of our commitment to honor and revere all those who have made the ultimate sacrifice to preserve our freedoms.”