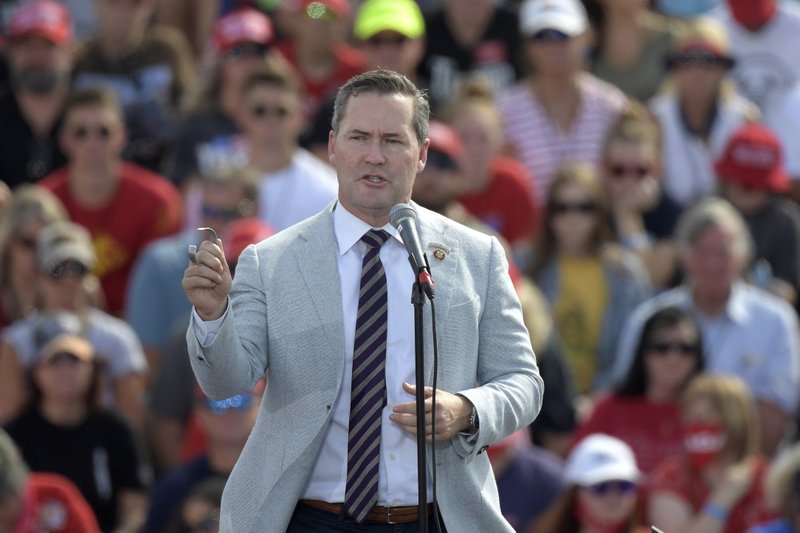 Trump endorsed Waltz in 2018, ahead of a double-digit win.

Former President Donald Trump has made a “complete and total endorsement” of the re-election of U.S. Rep. Mike Waltz.

“Congressman Mike Waltz is a relentless fighter for the incredible people of Florida,” Trump said. “As a former U.S. Army Green Beret, Mike is working hard in Congress to hold Joe Biden accountable.”

“Mike Waltz is strong on China, the Border, the Second Amendment, and our brave Military and Vets. Mike has my Complete and Total Endorsement!”

Waltz faces no serious competition in CD 6. And according to records with the Federal Elections Commission, he is well-positioned for whatever challenge may await.

He closed out the first half of 2021 with a seven-figure campaign bank account, crossing the million-dollar mark in cash on hand due to nearly $500,000 raised in the second quarter.

In 2020, Waltz defeated long-shot Democratic nominee Clint Curtis with more than 61% of the vote. That was an improvement over 2018, the year in which he ran for the House seat previously occupied by now-Gov. Ron DeSantis.

Waltz faced both a competitive Primary and then a General Election in 2018 that saw outside funding and resources pour in for both his campaign and that of his opponent, Democrat Nancy Soderberg. Armed with an Election Day endorsement from Trump, Waltz claimed more than 56% of the vote that year.

CD 6 includes parts of St. Johns and Lake counties, as well as the entirety of Flagler and Volusia counties along Florida’s Atlantic coast.

The district’s lines and possibly the district number will change before the 2022 election due to the once-in-a-decade reapportionment process, presenting potential intrigue. But Waltz’s proven fundraising ability and entrenched national profile give him an advantage no matter what the new maps ultimately hold. And the Trump endorsement is valuable, no matter how the maps look.