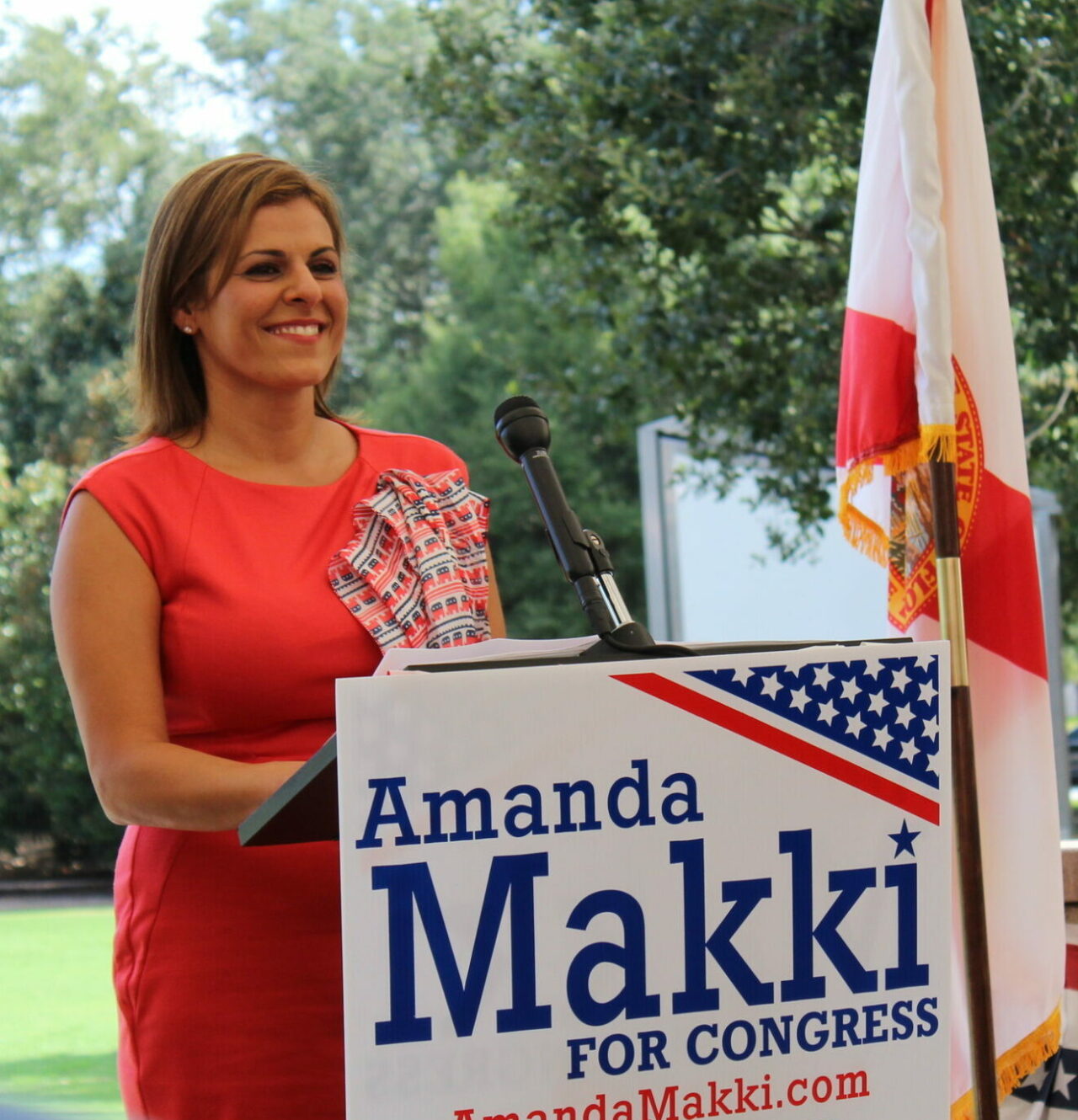 Makki praised the endorsements and vowed to fight the Democratic agenda.

Makki welcomed the endorsements in a prepared statement and highlighted herself as an obstructionist to the Democratic agenda.

“I am grateful for the support of our local elected officials who know the type of representative we need to stop the Democrats and their radical policies like amnesty and open borders, embracing socialism, and paying people to sit at home,” said Makki.

“It’s time for a conservative woman to represent Florida’s 13th Congressional District,” Watters said, “and Amanda is the perfect person for it.”

Speaking as a veteran, Schmidt championed Makki as a candidate fit to fight for the issues of veterans and service members alike.

“I want someone who will fight for veterans in Washington the way Congressman Bill Young did,” said Schmidt. “Amanda fits that mold, and I’m confident no one will fight harder for our veterans than her.”

“She will fight against mandates that create burdens on businesses,” Will said. “Amanda is the best candidate to represent us in Congress.”

Queen vowed to go “door-to-door” in support of Makki. Pinellas County residents, she said, need more than a “phony in Congress.”

“Amanda is the candidate who will champion causes like beach renourishment and addressing red tide,” said Queen. “Amanda will make waves in Washington, not just on social media.”

Amanda cares deeply about the people in Pinellas County, and she’ll work tirelessly for all of us,” said Hendricks.

Makki got her start in politics via an appointment from President George W. Bush‘s administration after 9/11 when she was appointed to the Pentagon’s General Counsel Office on anti-terrorism issues.

Luna, who has established herself as a pro-Trump conservative and social media firebrand, bested Makki in the GOP Primary with 36% of the vote to Makki’s 29%.

previousWinner and Loser of the Week in Florida politics — Week of 9.12.21