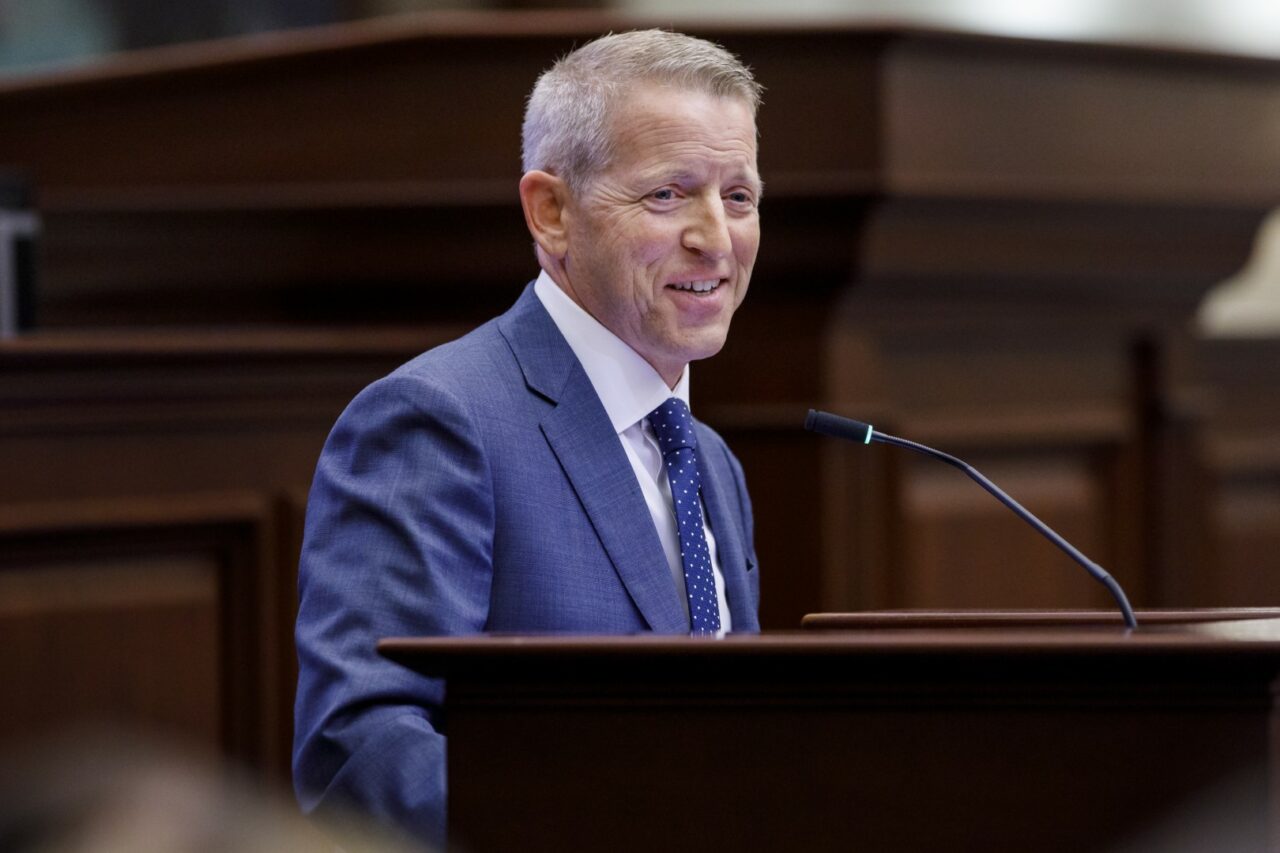 'Bullying people to conform to a narrow set of ideals is not progressive, and it certainly isn’t American.'

House Republicans formally named Renner as their caucus leader Tuesday morning, putting him in line to lead the Chamber for the 2022-24 term.

In a speech that at times condemned division and at others stoked it, the new Speaker-Designate decried division and radicalism nationally while touting the Republican vision as the correct one for Florida.

While dismissing political labels, Renner highlighted “two directions, two distinct visions,” one moving toward and one away from freedom.

“This vision places its faith in bureaucrats, elites who are convinced they know what’s best for us and are eager to make decisions for us, controlling the health care we receive, controlling how our children are educated and controlling how much of our hard-earned money we’re allowed to keep, believing they can spend it better,” Renner said.

Florida Republicans embrace freedom, he continued. Meanwhile, he believes the competing vision has been radicalized.

“Florida Republicans are the champions for ‘We the People,'” Renner said before confirming support for conservative values such as the Second Amendment, public safety, and law enforcement.

Renner denounced social media bans, group guilt, and marginalizing opposing viewpoints as a negative vision. The radical viewpoints remind him of the false promises made in Cuba, he added.

“Bullying people to conform to a narrow set of ideals is not progressive, and it certainly isn’t American,” Renner said.

The comments come after lawmakers last Session passed, and Gov. Ron DeSantis signed, legislation that would crack down on social media companies. Enforcement of that law has been blocked amid an ongoing court challenge.

However, the Speaker-Designate noted the Florida House as a place of civility and mutual respect.

Washington, by contrast he said, is moving in the wrong direction, and Florida could show the nation a better course.

“The best way to beat a bad idea is with a good idea, and Florida is lighting the way,” he said. “That’s why I’m so optimistic about the future of our state.”

The 54-year-old lawmaker did not outline specific priorities “out of respect for where we are.”

“We are teeing up the speaker’s priorities and leadership priorities,” Renner told reporters. “When the time comes, I will be very straightforward and candid with you about what is important to me.”

Renner touted his military past and how it shaped his worldview, particularly on teamwork.

Rep. Tom Leek called Renner “a man of substance, a man of purpose,” and said he was perhaps “the most genuine person (he has) ever met inside or outside this Process.”

“That guy is special, and he’ll be back,” he recalled saying at the time.

In 2015, Renner was elected in a Special Election.