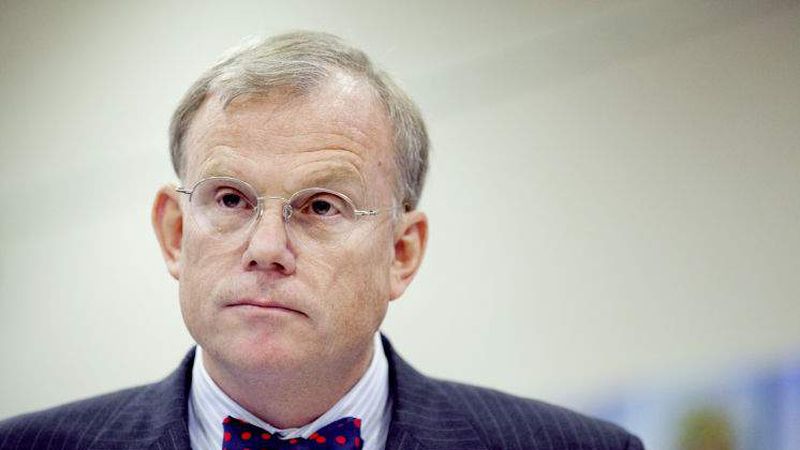 Chief Investment Officer Ash Williams said farewell Tuesday to members of the Florida Cabinet, marking one of the final moments of his decades-long career.

Williams oversaw billions worth of state assets including the Florida Hurricane Catastrophe Fund and the Florida Retirement System. With more than 900,000 enrollees, the FRS is the fifth largest public pension fund in the nation.

“You worked hard and you put a lot into it, which is obviously important but the results speak for themselves,” DeSantis said. “At the end of the day, we’re very fortunate to have you and your team and you made the state stronger.”

“Your commitment to service in the State of Florida has just been remarkable … I’m honored to be able to call you a friend,” Patronis said.

Attorney General Ashley Moody felt reassured with Williams at the helm. With Williams behind the wheel, safeguarding the state’s investments, Moody said she felt “free to play Candy Crush” and felt comfortable as a passenger.

“You’ve done an incredible job,” Moody added. “It is truly a loss to the state and we are going to miss you.”

The Cabinet appointed Deputy Chief Financial Officer and Chief Operating Officer Lamar Taylor to serve as interim CIO and Executive Director of the State Board of Administration.

Williams said he hopes the Cabinet will appoint someone from within to preserve the “culture and performance” at the SBA.

He described Taylor as a “qualified executive” who will do a “great job.”

“I’m very, very interested in our standards and performance being upheld to the benefit of our beneficiaries and for your benefit as well,” Williams said. “After all, you’re the ones that are ultimately responsible for what happens at the SBA.”

DeSantis agreed with the sentiment.

Fried said the next in line has “tremendous shoes” to fill.

“You were constantly educating yourself, involved in the markets and learning all the tricks of the trade and really come here and have been able to steer this program in such a professional and diligent manner,” Fried said.