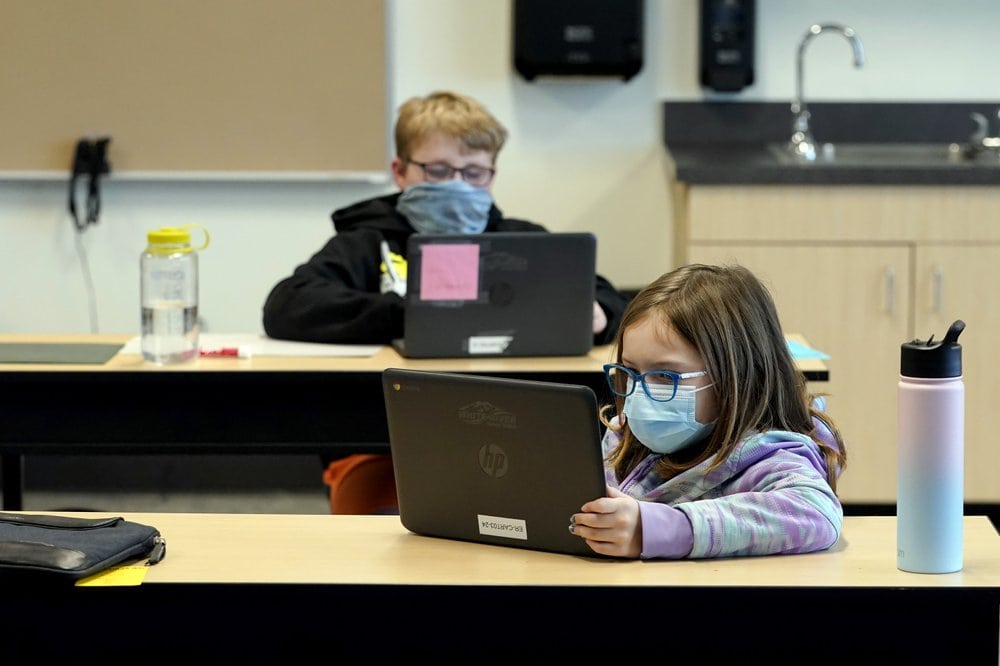 New Surgeon General Joseph Ladapo made the change a day after his appointment.

A day after assuming his job, Florida’s newly appointed surgeon general on Wednesday signed new protocols allowing parents to decide whether their children should quarantine or stay in school if they are asymptomatic after being exposed to someone who has tested positive for COVID-19.

The new guidelines signed by Dr. Joseph Ladapo also tweaked the state’s prohibition against school mask mandates, prompting an administrative law judge to dismiss a lawsuit against the old rule that had been filed by various school boards.

In terms of quarantine rules, Ladapo eliminated previous mandates requiring students to quarantine for at least four days off campus if they’ve been exposed. Under the new guidelines, students who have been exposed can continue going to campus, “without restrictions or disparate treatment,” provided they are asymptomatic. They can also quarantine, but no longer than seven days, provided they do not get sick.

“Quarantining healthy students is incredibly damaging for their educational advancement,” Gov. Ron DeSantis said Wednesday at a news conference in Kissimmee. “It’s also disruptive for families. We are going to be following a symptoms-based approach.”

The U.S. Centers for Disease Control and Prevention says people who get infected can spread the virus starting from two days before they have any symptoms. The CDC recommends that a student should quarantine for 14 days if they are unvaccinated. They can shorten the quarantine to seven days by testing negative, according to the CDC.

The president of a statewide teachers’ union said school districts need all the tools necessary to keep children safe.

“Limiting districts’ options and blocking them from following CDC guidelines is not in the best interest of the health of our students, employees or families,” said Andrew Spar, president of the Florida Education Association.

DeSantis named Ladapo to the job on Tuesday. Ladapo, who previously was a UCLA doctor and health policy researcher, shares the Governor’s approach to managing the coronavirus pandemic. Like DeSantis, Ladapo has said he doesn’t believe in school closures, lockdowns or vaccine mandates.

DeSantis’ administration has opposed mask and vaccine mandates, fought local school boards over their efforts to require students to wear masks in schools and championed the use of monoclonal antibodies as a treatment for those who get sick with COVID-19.

Unchanged from the earlier rules are requirements that students with the virus either quarantine for 10 days, receive a negative test and be asymptomatic before returning to campus or offer a doctor’s note granting permission.

As in the previous guidelines, schools can require masks as long as students can opt out, though the new rules add language that it’s “at the parent or legal guardian’s sole discretion.”

School officials in Alachua, Broward, Leon and Miami-Dade and Orange counties recently challenged the state’s prohibition against mask mandates. But the Florida Department of Health argued that its new rule should lead to the dismissal of the lawsuit that targeted the old rule. An administrative law judge agreed Wednesday, saying no decision on the validity of the rule could be made because it had been repealed.

“Essentially, the State is responding to the legal challenges of its rules by repealing them and creating new ones, with limited public notice,” Simon said in a statement.

Here is the rule:

DOH by Jacob Ogles on Scribd