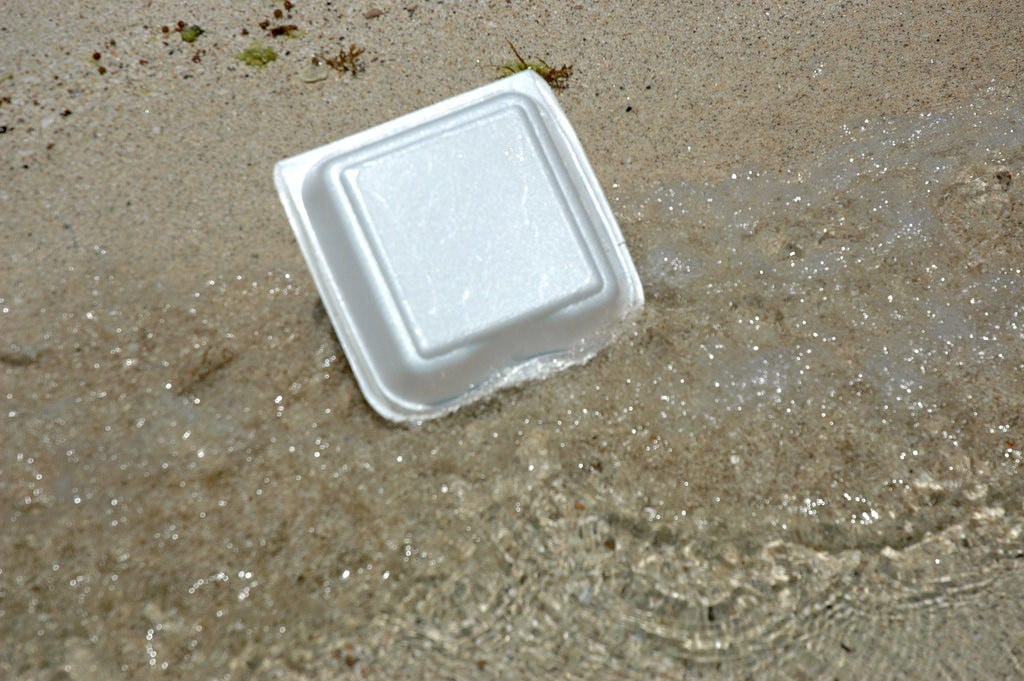 The first step could be to reduce polystyrene usage by 25%.

After leading a beach cleanup in Siesta Key on Friday, Fried announced the Department of Agriculture and Consumer Services is beginning the rule-making process that could start phasing out polystyrene food packaging by the end of 2021. The ban would affect 40,000 grocery stores, markets, convenience stores, and other businesses under her department’s purview.

The first step could be to reduce polystyrene usage by 25%.

“Our vision is to begin phased-in reduction in the amount of polystyrene food packaging that can be used until we reach zero within this decade,” Fried said.

Surfrider Foundation Florida Policy Manager Nicole de Venoge said polystyrene, commonly — but mistakenly — often known by the brand name Styrofoam, is a pollutant that breaks apart in the outdoors but is slow to biodegrade. After cups and containers float their way from storm drains into the ocean, sea life can mistakenly eat the floating material, and the polystyrene makes its way up the food chain.

“It just gets smaller and smaller,” de Venoge said. “It’s impossible to clean up.”

The choice of venue, Siesta Key, was one of the top beaches in the country, rated multiple times at No. 1 by Florida International University professor Stephen Leatherman‘s Dr. Beach ranking. The level of trash and litter affects the rankings and those of other lists, which have proved highly effective tourism drivers to the region.

Maine was the first state to enact a polystyrene ban. The Maine Department of Environmental Protection rules apply to restaurants, stores and numerous other eating establishments, like workplaces, schools, and hospital cafeterias. The rules, which exempt meat, poultry, seafood and eggs until July 2025, apply to products sold in Maine whether they are prepackaged out of state or not, Maine DEP said.

Maryland and Vermont have polystyrene limits in place, and three other states have bans on the way.

Some Florida cities have attempted to implement Styrofoam bans. However, they haven’t been without legal challenges, such as when a state appeals court struck down Coral Gables’ ban.

The Agriculture Department is seeking input from industries, business experts, and the public.

“Working together, this is a huge opportunity to create Florida jobs at Florida businesses using Florida-grown crops to create the next generation of products that is made in Florida,” Fried said.