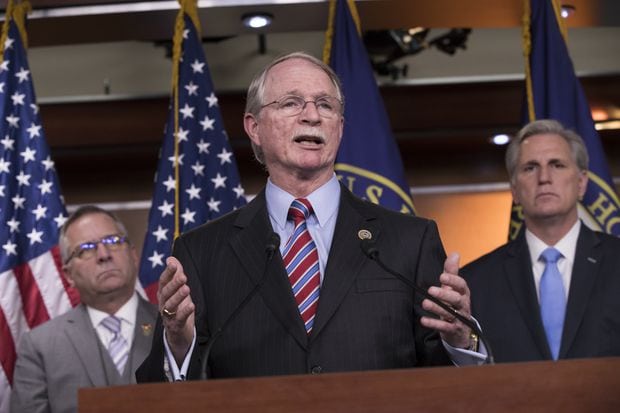 Another member of Florida’s congressional delegation has reportedly violated the STOCK Act.

Rep. John Rutherford, a Jacksonville Republican, earlier this year disclosed five stock transactions, each one worth between $1,001 and $15,000. That means Rutherford could have made as much as $75,000 from the trades.

The omission was first reported by Business Insider, which has closely watched financial disclosures.

The trades occurred between Oct. 21 and Dec. 22, and the STOCK Act requires that each trade should have been reported to the House clerks office within a month of the transaction. Instead, none were reported until February.

The transactions included stock purchases of Tyson Foods on Oct. 21, Deutsche Post on Nov. 13, Svenska Handelsbanken on Dec. 7 and Compagnie de Saint Gobain on Dec. 22. He sold shares in the American Electric Power Company on Oct. 21, the same day he bought the Tyson shares.

Rutherford spokesperson Alex Lanfranconi told Insider the filing was late, but the Congressman had not been charged a $200 fine for the late reporting.

“Any late periodic transaction reports have been submitted in full and accepted by the House without fine,” Lanfranconi said.

“Rep. Rutherford is in regular contact with the House Ethics Committee to confirm all disclosure requirements are met in full.”

A Florida Politics analysis of financial disclosures this month showed Rutherford was among 21 members of Florida’s Congressional Delegation with a net worth potentially greater than $1 million. Rutherford’s  maximum net worth would be $2.93 million, based on his 2020 financial disclosures. That’s primarily thanks to IRAs and pensions from his time in law enforcement, including as Duval County Sheriff, before his election to the House.

Several members of Florida’s congressional delegation this year have faced about questions whether they violated the STOCK ACT.

Rep. Brian Mast, a Stuart Republican, missed a deadline to report a purchase of up to $100,000 worth of Virgin Galactic stock.

Rep. Debbie Wasserman Schultz revealed late that she purchased up to $15,000 in Westell Technologies shares the same day one of her children purchased $45,000 worth in the company the same day.

And Rep. Kathy Castor, a Tampa Democrat, bought as much as $45,000 in Berkshire Hathaway shares last summer and failed to report it on time.

previousSunburn — The morning read of what’s hot in Florida politics — 9.30.21