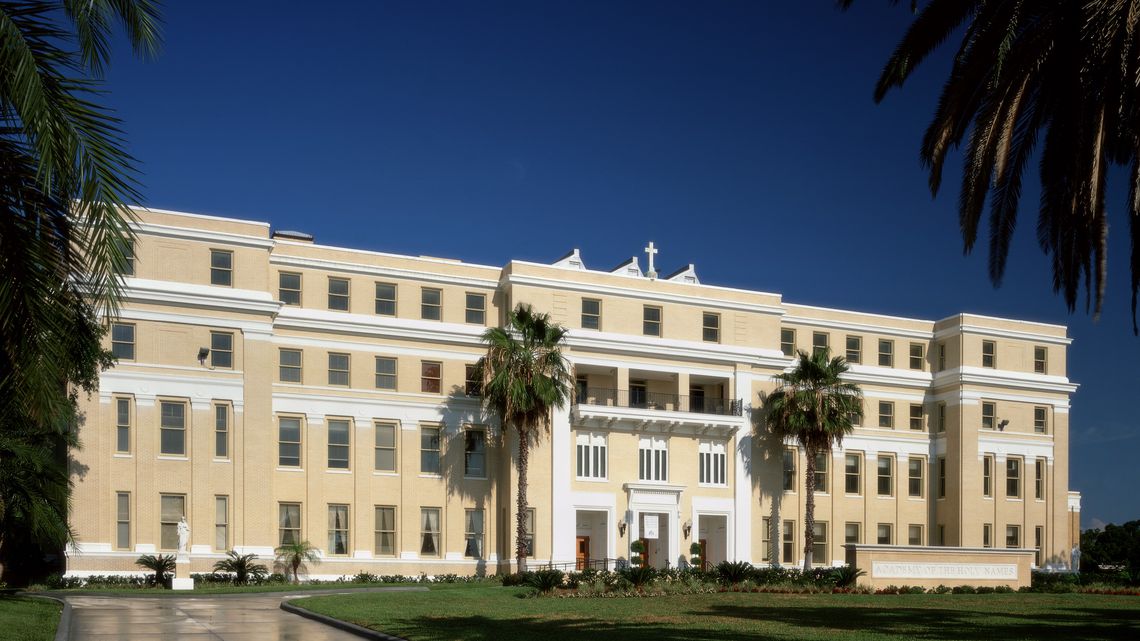 The couple who sued claim the school 'lost its way.'

The Academy of the Holy Names is pushing back against a lawsuit filed by benefactors claiming the school is misrepresenting itself as Catholic by embracing “woke culture.”

The school, as well as the Florida Catholic Conference, filed petitions in late September to dismiss the case brought by Barbara and Anthony Scarpo, who are seeking a refund on a $1.3 million pledge made in 2017.

The Scarpos filed suit against the Academy and the Catholic Conference in June, accusing the school of breaching contract by falsely promising a Catholic education. In the suit, the couple demand that the school rescind their $1.3 million pledge as well as their prior tuition payments for their two daughters who previously attended the school. According to the complaint, the tuition amounts to more than $50,000.

The pair are also seeking a court order prohibiting the Academy from advertising itself as a “Catholic” school and halting accreditation from the state Catholic Conference.

“Under the guise of ‘Justice, Equity, Diversity and Inclusion,’ and protecting its diverse students, the Academy chose to guilt its White students into believing that they were guilty merely because of their skin color or because their parents could afford to pay tuition,” the complaint reads. “Rather than view racism and hatred through the lens of a Catholic education, Defendants chose to provide only one perspective — you as students should feel guilty if you are white and your parents can afford our tuition — with or without financial aid.”

However, in the recently filed motions to dismiss, both the Academy and the FCC argue that the separation of church and state provided under the First Amendment prohibits government courts from “intruding” into disputes over religious beliefs or doctrine.

Judge Paul Huey is set to hear the suit on Dec. 14.

Kelly Hayes studied journalism and political science at the University of Florida. Kelly was born and raised in Tampa Bay. A recent graduate, she enjoys government and legal reporting. She has experience covering the Florida Legislature as well as local government, and is a proud Alligator alum. You can reach Kelly at kelly[email protected]