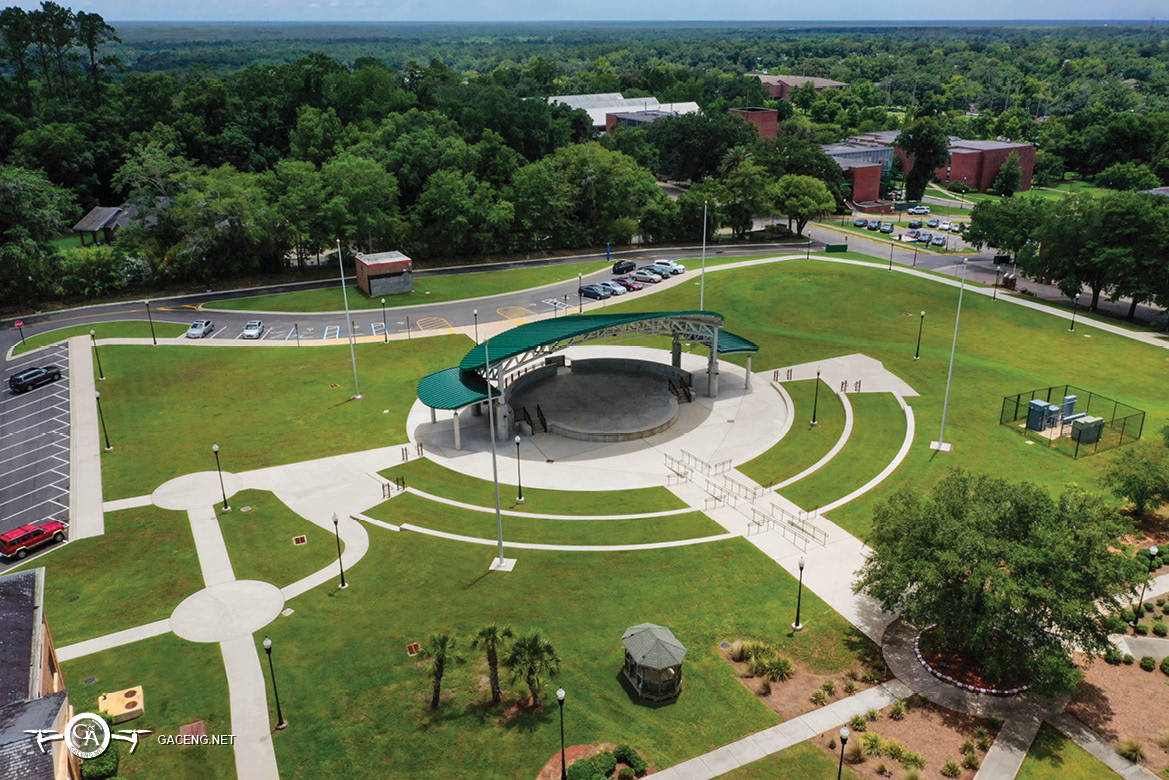 The amphitheater was made possible by Packer's donation to the university.

Movie mogul and celebrated Florida A&M University alumnus Will Packer will headline FAMU’s Homecoming 2021 festivities with a ribbon-cutting ceremony for the new Performing Arts Amphitheater that carries his name.

“We are excited to have alumnus Will Packer celebrate Homecoming with us this year,” FAMU President Larry Robinson said. “Will has set an example for others to follow and has given back to FAMU in so many ways. His name on the Performance Arts Amphitheater for the world to see is a fitting tribute to his generosity and commitment to his alma mater.”

Packer, who earned an engineering degree at FAMU, started working on his first movie, Chocolate City, with fellow Rattler Rob Hardy while still on campus.

He has since earned producer and executive producer credits on The Photograph, Little, What Men Want, Night School, Breaking In, Girls Trip, Ride Along 2, Straight Outta Compton, No Good Deed, Ride Along, Think Like a Man, Think Like a Man Too and Takers. His TV credits include That Girl Lay Lay, Blackballed, Ambitions, Bigger, Being Mary Jane, Uncle Buck and the remake of Roots, for which he received an Emmy nomination.

Additionally, Packer has been picked to produce the 94th Oscars next March.

The founder and CEO of Will Packer Productions and Will Packer Media hopes his donation inspires others to step up and invest in students at Historically Black Colleges and Universities.

“HBCU giving has never been more essential than it is today. I’m honored to give back to the institution that has given so much to me and others over the years,” said Packer, who announced the event in a video released Tuesday. “I hope this accomplishment serves as an inspiration for future generations of FAMUans who will know the success I achieved has its foundations in the same halls, classrooms and dorms where they reside.”

The 8:15 a.m. ribbon-cutting ceremony begins a full day of activities for FAMFEST, which is part of FAMU Homecoming 2021 — An Epic Return.

Events include broadcasts of ESPN’s First Take with Stephen A. Smith and Kevin Hart’s Laugh Out Loud radio show Straight From The Hart on SiriusXM, and the recognition of top FAMU donors.

At 10 a.m., Smith and host Molly Qerim Rose will begin broadcasting First Take live from the Amphitheater stage — their first on-site show since January 2020. The two-hour event will run concurrently with the Homecoming Convocation at the Al Lawson Jr. Multipurpose Center and Teaching Gymnasium, which begins at 10:10 a.m. and features comedian/actor Roy Wood Jr. as the keynote speaker.

Smith, an HBCU grad, is delighted to be part of the festivities.

“Ever since I met Will Packer years ago, there was never any doubt that two things were of the utmost importance to him: FAMU and HBCUs overall,” he said. “Will’s commitment to excellence doesn’t halt at just himself. He’s always been motivated to inspire and lead, especially when it comes to the wonderful folks attending FAMU.

“This unveiling of the amphitheater is just the latest example of how devoted Will Packer is to FAMU and how committed he is to be that shining example who genuinely cares. I’m honored that he asked me to make sure First Take is a part of its sensational event. And even more so to call him my friend.”

Following First Take, Hart’s LOL radio show Straight from the Hart, featuring Kevin Hart & The Plastic Cup Boyz, will tape in front of a live audience from the Amphitheater stage. The episode will air Nov. 2 on SiriusXM.

Live entertainment and donor presentations will follow in the 2-4 p.m. block.

Shawnta Friday-Stroud, FAMU’s VP for University Advancement and FAMU Foundation executive director, and her staff have been in talks with Packer for years. He made the donation anonymously in 2019 in anticipation of a 2020 homecoming unveiling, which was derailed by the pandemic. She said this gift is just a reflection of his passion for his alma mater.

“Will Packer has an unrivalled passion for FAMU. His gift toward naming the Performing Arts Amphitheater is a demonstration of his love for his alma mater and his desire to lead by example in giving back to the institution that means so much to him,” Friday-Stroud said. “We are so thankful to Will for his generosity.”

The Performing Arts Amphitheater concept was developed by the Student Government Association in response to dramatic increase in the activities of student clubs and organizations over the past few years. The Amphitheater is located on “The Set,” which is the heartbeat of the FAMU student experience.