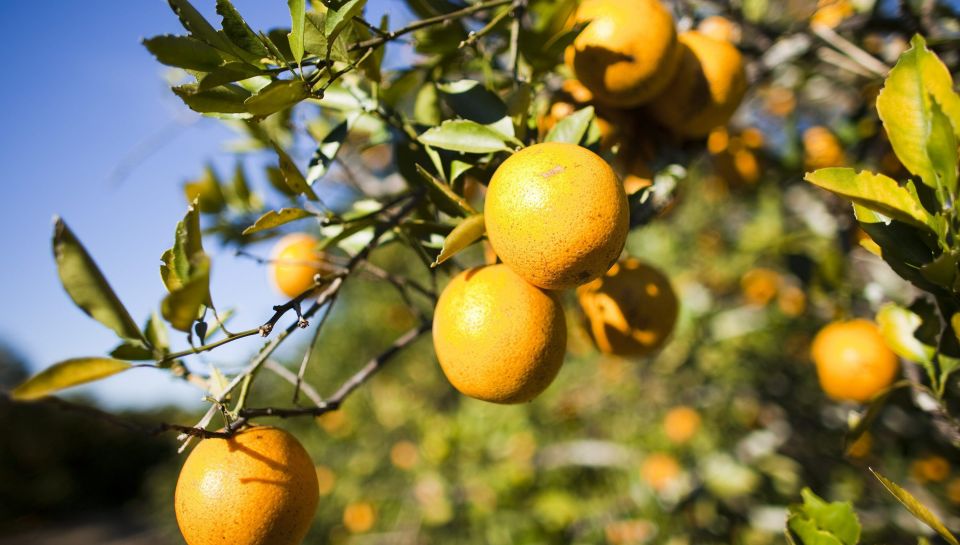 Annual orange production would be down 11% if Tuesday's projections hold.

The U.S. Department of Agriculture (USDA) is projecting another decline in Florida citrus production in its first forecast of the 2021-22 season.

That continues a years-long slide in beginning-of-season projections. The 2021-22 projections mark the lowest from the Department of Agriculture dating back to at least 1996, the first year of available data online.

However, last year’s production landed below what forecasters had predicted. At the start of last year, the USDA projected 1.1 million boxes of tangerines and tangelos. Even a slight shortfall in production this year would put the tangerine and tangelo numbers below last season’s final totals.

Though first-of-the-season projections are at their lowest levels in decades, that may not be true for final season production. The 2017-18 season was heavily impacted by Hurricane Irma. Florida produced fewer than 19 million boxes of oranges, 3.9 million boxes of grapefruit and 750,000 boxes of tangerines and tangelos.

Final production levels shot up 60-80% in 2018-19 and continued climbing very slightly in 2019-20. But production fell last season and is set to drop again this season, according to Tuesday’s projections.

That’s due in part to the impact of the COVID-19 pandemic, though some industry veterans had predicted a rebound in 2021-22 production, according to Florida Citrus Commission Chairman Steve Johnson after the USDA released final numbers for the 2020-21 season in July.

“Next season’s crop is on the trees, and the conditions in the groves are encouraging,” Johnson said. “With the support of state leaders who believe in Florida Citrus and recognize the important role this industry plays in our state, we head into the new season optimistic about the future.”

“Today’s forecast is a testament to the resilience of Florida’s citrus growers, our state’s dedication to our proud citrus industry, and our department’s commitment to innovation in the face of ongoing challenges,” Fried said.

“Citrus is Florida’s signature crop, full of heart-healthy and immune-boosting vitamins and nutrients that consumers demand as we continue the fight against COVID-19. We remain committed to supporting our citrus producers with research, technology, and techniques to fight the spread of citrus greening. Strengthening our citrus industry takes teamwork, and the Florida Department of Agriculture and Consumer Services appreciates every citrus industry partner and stakeholder that helps grow, support, and promote Florida-grown citrus.”

“We hoped for more, but 47 million boxes of oranges demonstrates the resilience, ingenuity, and strength of Florida’s Citrus growers and their unwavering commitment to fighting the challenges facing our industry,” Shepp said.

“Demand for Florida orange juice remains strong, with consumers continuing to turn to 100% orange juice for its many health and wellness benefits. Further, growers and researchers continue to develop new tools in the fight against HLB. With more than 90% of Florida’s orange crop being squeezed for juice, nearly every drop of this season’s fruit will go straight to the premium, great-tasting not-from-concentrate orange juice consumers want.”