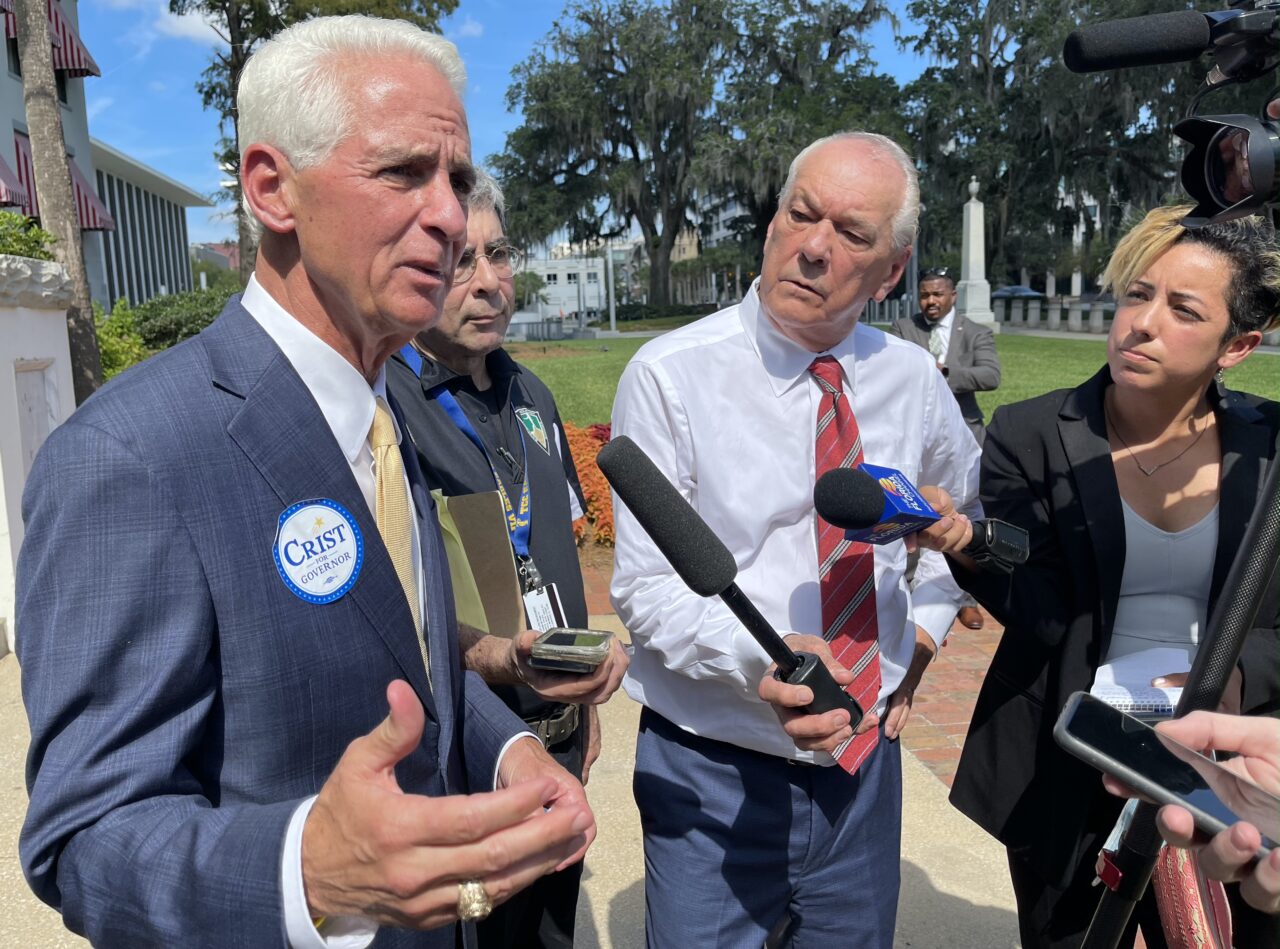 Tax revenue from legal cannabis would fund community investment projects under the plan.

The ‘Justice for All’ plan would create a yet-to-be-determined tax rate for recreational cannabis. The proceeds, Crist said, would fund community investments — among other things — including police training, drug treatment programs and pay increases for teachers and law enforcement.

The plan, which Crist is unveiling incrementally, also calls for the expungement of all existing charges and sentences related to misdemeanor and third-degree felony cannabis possession.

A congressman and former Republican Governor of Florida, Crist announced the plan near the steps of the Florida Historical Capitol alongside a handful of Democratic lawmakers.

“We need to finally catch up to the will of the American people with marijuana legalization,” said the Democratic gubernatorial candidate. “Florida cannot continue to stick its head in the sand when it comes to building a better future for our children and neighbors and dismantling the systems and sentencing laws that dehumanize our neighbors.”

Crist’s criminal justice reform plan contrasts the tough-on-crime approach he implemented as a younger politician. He garnered the nickname “Chain Gang Charlie” in the 1990s for his support of chain gangs amid a wave of high crime in Florida.

When asked about the change in tactics, Crist suggested his approach to crime has since evolved.

“Different times require different solutions,” Crist said. “In the mid ’90s, Florida was number one in violent crime in America.”

Crist plans to unveil the rest of the ‘Justice for All’ plan throughout in a statewide tour. Thus far, his priorities include the restoration of voting rights to felons — regardless of whether they owe fines — and a reformation of the state’s clemency process. He is also calling for the expansion of wrongful conviction reviews.

Universal background checks and magazine capacity restrictions are among other proposals within the plan.

“These simple common-sense changes can go a long way to reforming our broken system and creating a better future for Florida and all of our fellow Floridians,” Crist said.

The pair share several commonalities, including the condemnation of DeSantis’ handling of the COVID-19 pandemic. Speaking to reporters after the announcement, Crist chided the Republican Governor and suggested the tide is turning against him.

“We’re going to beat the guy,” Crist said. “He’s gonna go down. People do not like what he’s doing.”

They also share distinct differences. Fried blasted Crist after the unveil, pointing to Crist as the source of the tough-on-crime laws in Florida.

She urged voters to try “something new” and portrayed herself as among the “new generation of leaders.”

“Imitation is flattery, but records are records,” Fried wrote on social media. “People went to jail because Republicans like Charlie Crist supported and enforced racist crime bills. Glad he’s changed his mind, but none of those people get those years back.”