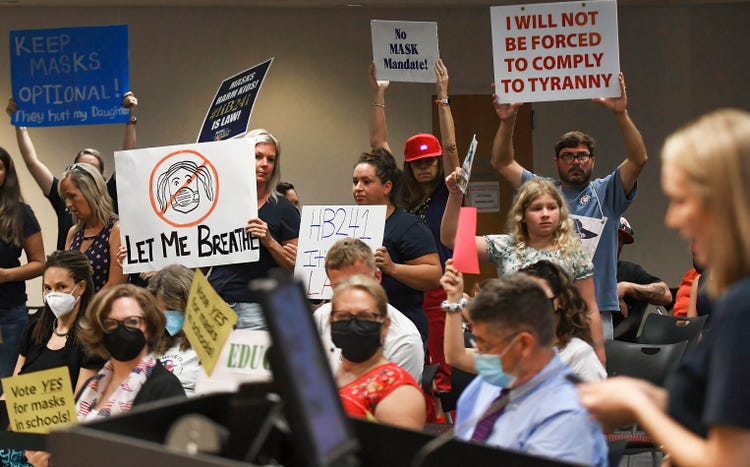 She was given options, but says they're not good enough.

A Tampa mother and state-certified EMT who pulled her children from Hillsborough County schools over mask mandates is suing the district so her kids can still play sports.

And she wants the district to pay $5,000 per day, per child for every day of sports they miss.

“I believe parents have the right to determine what’s best for their kids. It’s not just about my two. It’s about everybody else that comes behind,” Amarilis Vazquez said. “You have the right as a parent to know every nuance of the law and use it to protect your children. This is a case that will set it in stone for parents who’ve been bullied.”

Vazquez said her two children, Leilani and Lazaro Urbay, were enrolled in “choice” schools Ferrell Girls Preparatory Academy and Franklin Boys Preparatory Academy — not their zoned schools — at the beginning of the year. She withdrew them when Hillsborough County instituted a temporary (and since walked back) mask mandate to mitigate the spread of COVID-19.

She accepted a Hope Scholarship the state offers to students who did not want to comply with the mandate for both children and enrolled them in a private school.

But Vazquez wants her kids to continue sports at Ferrell and Franklin. Their new school doesn’t offer sports. The School District gave her options. But she said they weren’t good enough. Now she thinks the District isn’t allowing her kids to play as an act of revenge.

“The District’s issue is they want to categorically push them into two options that are no longer on the table,” she said. “Basically they’re being petty and getting back at me for exercising my parental choice. And you can’t litigate pettiness.”

The first option she was given was to re-enroll the children in their respective schools. But Vazquez said she’d have to pay back the scholarship money she’s received, which she said is more than $4,000. As a single, out-of-work mom, she said that’s not possible.

Another option was to keep her kids in private school, but have them play sports at their zoned school.

“That’s not something I’ve ever permitted as a parent,” she said.

District Spokesperson Erin Maloney said Hillsborough couldn’t comment on specific, ongoing litigation, but said there are procedures in place for allowing children who withdraw from school to play sports.

“Academic eligibility is determined solely by the Florida High School Athletics Association,” Maloney said. “We the district comply with those rules. If any student who is not enrolled in Hillsborough County Public Schools meets the criteria to play athletics within our district, the student may do so at their assigned zoned school.”

Vazquez petitioned for emergency injunctive relief in early October, but was denied. She resubmitted her petition last week. A hearing is set for Oct. 22 at 10:30 a.m.

previousCoronavirus is not Kathleen Passidomo’s first crisis, only the most recent