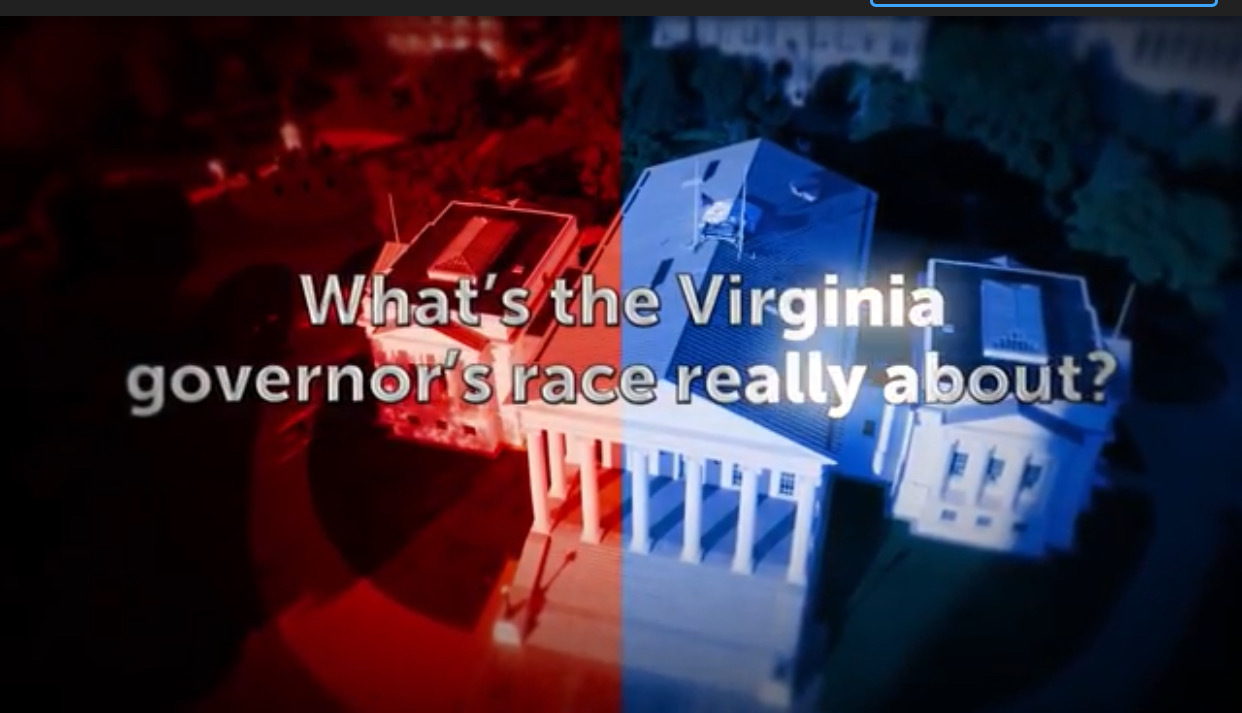 Lincoln Project wades in to the Virginia Governor's race.

McAuliffe was already Governor once, from 2014 until 2018, and he seeks a return to the office in 2022. The new Lincoln Project spots will be part of a barrage of stretch run ads totaling more than $5 million between the two campaigns.

Polls are tightening down the stretch, and the reformed Republican political consultants’ new ad poses the non-rhetorical question: “What’s the Virginia Governor’s race really all about?”

“It’s about you. Us. It’s about who we are. The choice is stark,” a gravel-voiced White man intones over aspirational keyboards, before a minor chord sounds and the narrative darkens.

The tone brightens again, with McAuliffe introduced to voters as the antidote to the Youngkin/Trump malady.

“Terry McAuliffe believes in a different Virginia,” the narrator asserts, asking voters which Virginia they believe in.

A co-founder of the Lincoln Project says the ad delineates the “stark” choice between McAuliffe, a former chair of the Democratic National Committee, and Youngkin.

“The choice Virginians face on Election Day is stark — a candidate handpicked by Donald Trump or an honest and decent leader: Terry McAuliffe,” said Lincoln Project co-founder Reed Galen. “Glenn Youngkin has run a campaign fueled by racism, anti-Semitism, and homophobia. He pretends to be two different candidates in two very different parts of the state, playing Virginians as fools. Voters are smarter than Youngkin gives them credit for and they’re going to prove it on November 2 by rejecting the kind of hate-driven politics Youngkin represents.”

Much of the messaging in this race from Republicans has attempted to yoke McAuliffe to President Joe Biden. But messaging steeped in negative national associations goes both ways.

McAuliffe fundraising appeals also make the case that Youngkin would stooge for the former President, including from Mary Trump, the 45th President’s niece.

“Glenn Youngkin has said that Donald Trump represents so much of why he’s running, and he’s even endorsed another four years of Donald Trump’s presidency,” Mary Trump laments in a fundraising appeal sent out Wednesday. “Polls show that Youngkin is gaining momentum, with three even showing him ahead. That’s potentially fatal with only days left in this election.”