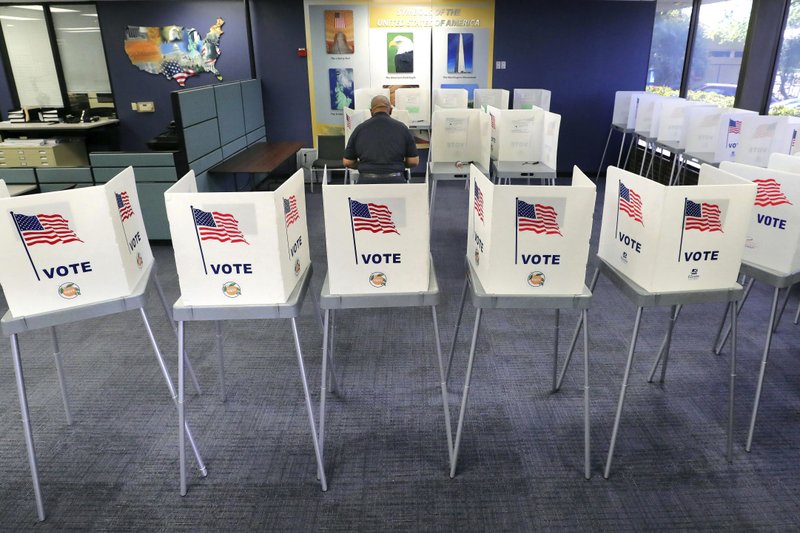 Turnout for in-person early voting has been slower than expected in the Special Election for Florida’s 20th Congressional District, according to a report from the South Florida Sun-Sentinel.

CD 20 is split between Broward and Palm Beach counties. Voters there are selecting party nominees in a Special Primary Election on Nov. 2. The winners will move on to a Jan. 11 General Election to replace the late Rep. Alcee Hastings, who passed away in April after a cancer battle.

With early voting already underway, Broward County Supervisor of Elections Joe Scott told the Sun-Sentinel that in-person turnout has been about half of what officials expected. Across both counties, 1,019 people had voted at in-person sites. Overall, those sites are seeing one person walk in every 15 minutes, on average.

Instead, voters are relying on vote-by-mail options available in both counties. Democrats outnumber Republicans in the district 282,663 to 58,553. According to the Division of Elections, 105,410 mail ballots were sent to voters in CD 20. By Sunday evening, 19,495 were returned.

Even with those mail ballots counted, turnout is still well below standard election year turnout. That’s typical for a Special Election in the House, as no presidential, gubernatorial or U.S. Senate races are on the ballot.

Hastings, however, was seen as a trailblazer in the Black community. He began working as a civil rights lawyer in the 1960s before beginning work as a judge in the late 1970s. In 1992, Hastings was one of three Black candidates to win congressional races in Florida, making them the first Black Congress members from the state since Reconstruction.

At the time of his death, Hastings was the longest-serving member of the Florida delegation. And the jam-packed race to replace him has featured more than a dozen candidates.

Still, turnout is lagging early on, though that could change by Election Day if voters decide to wait until Tuesday to show up en masse.

The winner of the Democratic Primary — which features five elected officials at the state and local level, along with a handful of other candidates — will be heavily favored come January given the district’s lean. That makes the Democratic Primary the true race to watch in the contest to decide Hastings’ successor.

previousSunburn — The morning read of what’s hot in Florida politics — 10.26.21