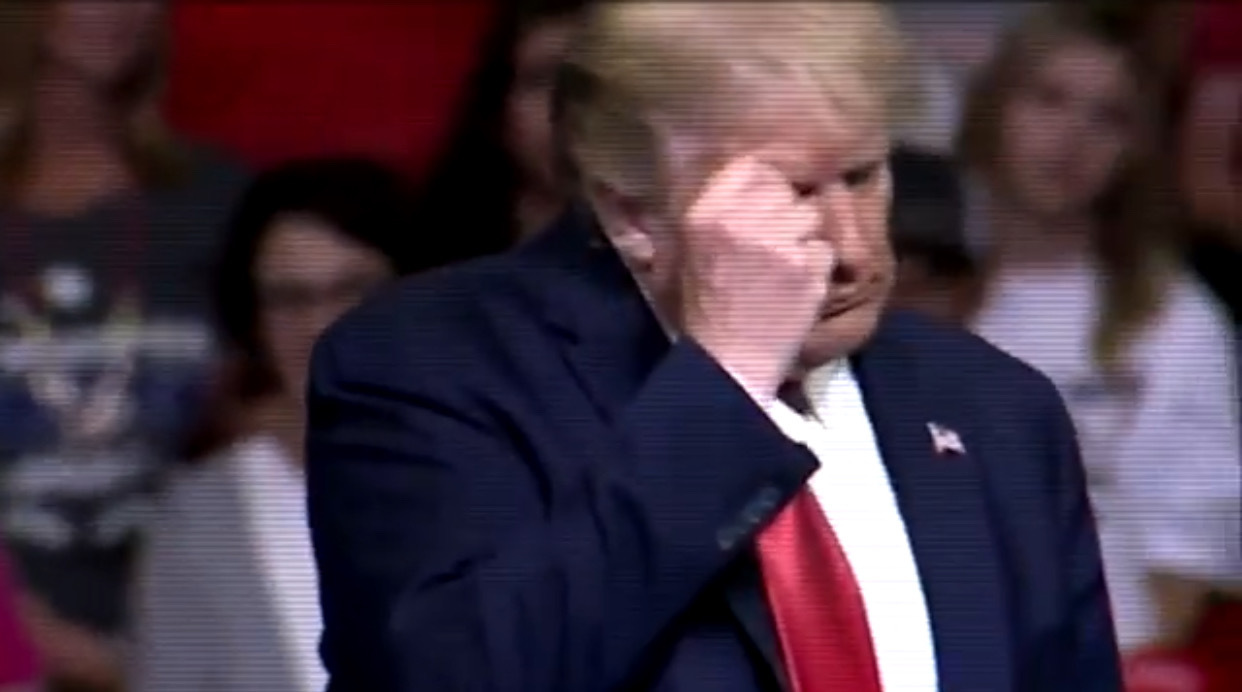 'Youngkin is begging the former President to stay away.'

The Lincoln Project continues to troll a so-called “audience of one,” with an ad buy in Palm Beach for Donald Trump‘s eyes only that seems to have set a chain of events into motion.

The premise of the ad was simple. During the homestretch of a close gubernatorial race in Virginia, surging Republican nominee Glenn Youngkin has banned Trump from stumping for him because the former President could repel independent voters.

But the substance of the spot is in question.

Trump seemed to suggest that he would be in Virginia, with a statement Wednesday from his Save America PAC: “Chanting, “We love Trump” in Arlington, Virginia. Thank you, Arlington, see you soon!”

That led the Lincoln Project to fire back: “Donald Trump is too big of a coward to come to Virginia and campaign with Glenn Youngkin.”

Upon the release of the ad, the group offered a statement contending that Youngkin had pushed Trump away.

“During the Primary, and in certain parts of Virginia, Glenn Youngkin was as big a fan of Donald Trump as anyone, but now that it’s time to close the deal with Virginians, Youngkin is begging the former President to stay away,” said Lincoln Project co-founder Rick Wilson. “This dynamic is representative of today’s Republican Party: Court Trump and his base to win the Primary and then run away from the MAGA world as fast as possible. Our message to Trump with this ad is simple: You’re being played.”

The 30-second ad, called “Ungrateful,” features narration asserting that Youngkin has “banned” Trump from Virginia, urging the “loser” former President to stay away.

Youngkin, according to the sympathetic female voice reading the script, is “just another RINO stabbing you in the back.”

Only Fox News viewers will be able to see this spot. It is the second ad the Lincoln Project, a group of former Republican political consultants who broke with the party as Trumpism came to define it, has pushed in the Virginia gubernatorial race in recent days.

The new Lincoln Project commercials in Virginia are part of a barrage of homestretch spending totaling more than $5 million between the two campaigns. However, a stunt the Lincoln Project orchestrated that sent McAuliffe ops to a Youngkin event, where the staffers posed as white supremacist backers of the Republican nominee, is much more memorable than the creative.

Trump issued a statement Monday, blasting assertions that he was not backing Youngkin.

“The Fake News media, together with some of the perverts doing ads ad nauseam on primarily Fox (Fox shouldn’t take those ads!), are trying to create an impression that Glenn Youngkin and I are at odds and don’t like each other,” Trump said.