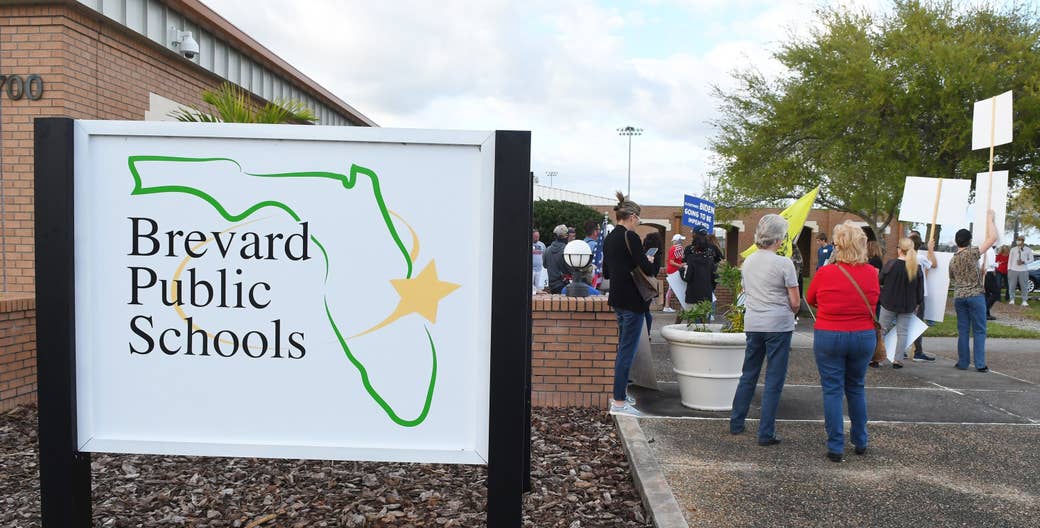 M4L stands for rights for all people. But not at the expense of other people’s rights.

We share her disgust, and call for a full investigation into the allegations, in the hope justice prevails.

The problem is, Jenkins also hypocritically contradicted herself by accusing M4L of “terrorizing” her.

This kind of gaslighting and bullying is Jenkins’ default tactic. We categorically deny her baseless accusations, and until Jenkins provides the evidence we have repeatedly requested, her accusations remain exactly what they are: brazen, slanderous, lies designed to fuel her political career.

Since our inception, M4L has publicly condemned not only violence, but everything unlawful. M4L adheres firmly to our constitutional rights, including the right to speak truth to the power of BPS. BPS is funded by our tax dollars. BPS exists to serve our children — not its own bureaucrats. BPS certainly doesn’t exist to serve any political party, or Jenkins’ political ambitions.

As for violence, it speaks volumes that Jenkins’ very own political campaign manager has publicly refused to condemn political violence. More on this shortly.

Jenkins and others on the Board believe the opposite of what M4L does. The evidence shows the Board has broken state law. It’s also instituted policies at odds with science, the golden rule, and common sense — the things M4L stands for. We necessarily, peacefully stand against anyone who tries to bully our children, and attack what we stand for.

This circles back to the bullying, divisiveness of Jenkins.

But interestingly, this decision comes on the heels of the revelation of BPS’ horrific forced-masking of Sofia Steel, the 7-year-old special needs student with Down syndrome.

Sofia is nonverbal and has an enlarged tongue and sensory issues.

BPS put Sofia in grave danger by forcing a mask on her for six weeks without Sofia’s parents’ knowledge. They only recently found out, when Sofia came home from school with her saliva-saturated mask tied to her head with nylon rope.

Furious, Sofia’s father called the school, and Jenkins. He claims Jenkins failed to return his calls.

Jenkins has essentially called Sofia’s father a liar, causing further division and conflict, by claiming she never received his messages.

Jenkins also claimed BPS’ new mask opt-out is due to dropping COVID-19 cases, which she attributes to mask mandates, though there is zero scientific data to back her claim.

As for the illegality of BPS’ mask mandate, in the first place, it came in August, in unlawful defiance of the Florida state law known as the “Parents Bill of Rights,” which protects parents’ right to choose what is best for their children, including the right to opt-out of BPS’ mask mandate. Jenkins, along with Misty Belford and Cheryl McDougall, chose to break the law by voting against the opt-out.

This is why BPS was sanctioned by the Florida Department of Education.

Unlike Jenkins, M4L has followed the science on masks. Dozens upon dozens of scientific, peer-review studies overwhelmingly indicate that masks are ineffective at best, and harmful to health and child development, at worst.

Internal CDC documents obtained via FOIA requests confirm the findings of these studies. For example, here’s an April 2021 quote from one such document:

It’s also important to note that billions of discarded masks continue to poison our oceans. Clearly, Jenkins cares more about anti-science political stunts like this, than the grave environmental impact of discarded masks.

The bullying doesn’t stop with masks. BPS is also responsible for introducing the destructive, racist political ideology known as critical race theory (CRT) into the district. M4L has documented as much in Florida Today, and elsewhere (also, here). For pointing out that CRT is destructive and racist, the Joe Biden administration, curiously mirroring the language of Jenkins, has labeled those who oppose CRT, like M4L, as “domestic terrorists,” and targeted them with the FBI.

Then there’s BPS’ LGBTQ+ Guidelines. Such transgender activism acts as an assault on parents’ and girls’ rights (many feminists agree). The Guidelines allow boys to access to girls’ bathrooms and locker rooms (there’s already an uptick in sexual assaults due to this policy). They also allow boys to compete against girls on girls’ sports teams, depriving girls of fair play and competition, and scholarships.

M4L stands for rights for all people. But not at the expense of other people’s rights — in this case, girls’ and parents’ rights. Surely, BPS can come up with a solution to transgender issues without endangering students, and without violating Girls’ and Parents’ Rights.

All of the above begs the question, who exactly is being bullied?

It’s here we must point out that Jenkins’ campaign manager, current chair of the Brevard Democrat Executive Committee, Pamela Gard Castellana, twice refused to condemn political violence on a March 2021 Facebook post by former BPS School board member, Tina Descovitch, who posted to condemn ALL bad behavior at a recent school board meeting. In the comments section, Castellana was asked to condemn “political violence,” as M4L supporters were. Castellana replied “No I will not,” then followed with this:

“I neither condemn nor condone political violence. What you won’t see me do is incite it then fake surprise when it happens.”

Interestingly, this is the very tack Jenkins has taken: she’s incited political violence (allegedly) by literally breaking the law and bullying families in BPS, and now, she’s faking surprise.

Education shouldn’t be politicized, in the first place. But Castellana’s comments are alarming in light of the fact that Democratic Party leaders have been caught multiple times paying people, including people with mental illness, to incite violence at political rallies.

This is not to demean the serious nature of Jenkins’ allegations. As stated, M4L supports every effort to dig to the truth and seek justice.

That said, M4L does stand opposite of Jenkins, in that we are interested in de-escalating the political conflict she’s created, and keeping our passions focused where they should be: on serving our children with excellence.

M4L reiterates that we will continue to steadfastly stand for law and order, science, the golden rule, common sense, and peacefully protecting our children and communities from self-serving political bullies like Jenkins.

Ashley Hall is the Brevard chair of Moms for Liberty.