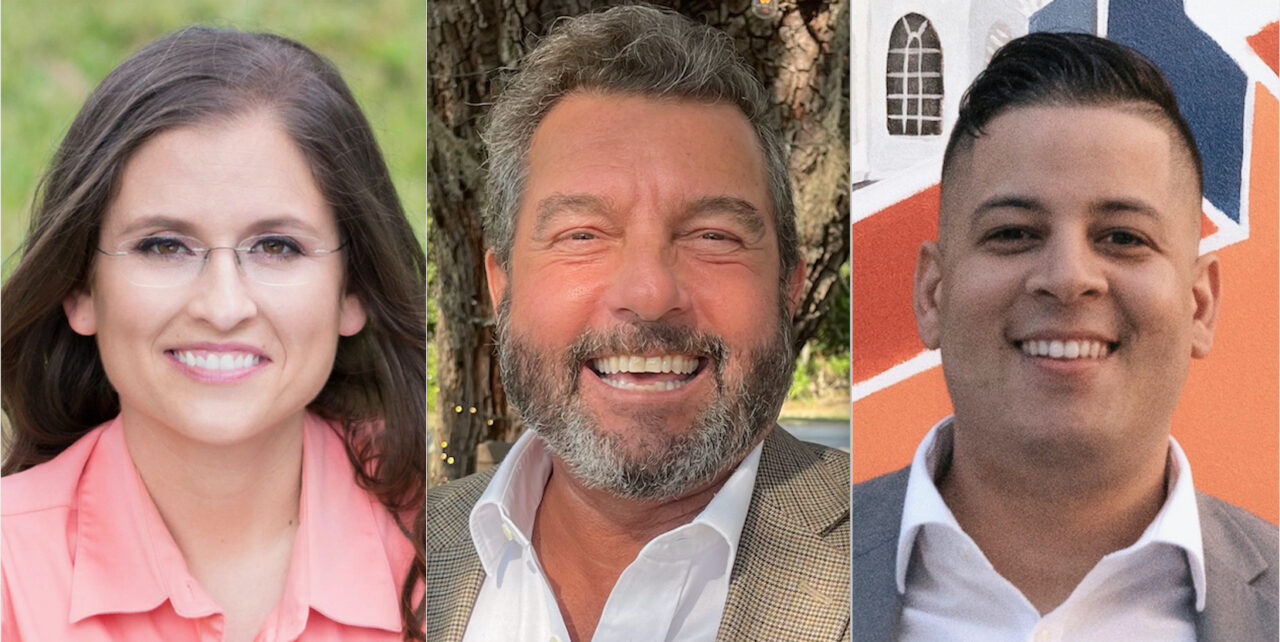 Oviedo Mayor Megan Sladek and her two challengers in Tuesday’s election, Kevin Hipes and Abe López, don’t disagree on the key issues — everyone in Oviedo talks about easing traffic and controlling growth — but they don’t necessarily agree on the approach.

Slaken wants to complete an update to the city’s comprehensive plan and avoid changing the rural areas of downtown.

“Traffic and growth, people tend to not mind growth so much as long as it doesn’t create extra traffic. It always creates extra traffic. People don’t want their commute times to increase,” Slaken said.

Hipes, who served as a Sanford City Commissioner before moving to Oviedo, is a consultant overseeing redevelopment of the Oviedo Mall on the city’s northwest side. He wants it redeveloped as a multiuse, eat-sleep-work-play property. He has been accused of having a conflict of interest. He has vowed to not accept any sales commissions related to the mall and said he would donate any that did come in to charity.

“Traffic and growth, they almost go hand-in-hand, but there are differences. Traffic is really very specifically Mitchell-Hammock (Road). They’ve overbuilt Mitchell-Hammock and they did not get the road structure built property. To me that’s a lack of city experience with big-time developers,” Hipes said. “That doesn’t happen to me. They tell me I’m a big-time developer therefore, I’m the enemy. No I’m not. The city of Sanford loved to have me on their end of the table negotiating with developers.”

López, a teacher and small business owner with a public service past in New Jersey, where he served both as a state director under Gov. Chris Christie and as a Deputy Mayor and committeeman in a New Jersey township, sees a need to get residents’ concerns addressed in developments.

“We need to develop every neighborhood, every thoroughfare, every urban corridor in our city with our neighbors at heart,” López said. “I am not anti-development. I embrace and welcome folks to invest in our city. But it’s gotten to the point where the perception, if not the reality, is developers are getting their way, and residents’ voices are unheard.”

Also on Tuesday, Oviedo voters will be deciding whether to give Council Member Judith Dolores Smith another term or to elect Natalie Teuchert to the Group 1 seat.

Oviedo is a former rural enclave turned bedroom community in southeastern Seminole County straddling greater Orlando’s eastern beltway, State Road 417. The city is tucked between Orange County and the University of Central Florida to the south and Seminole County’s protected rural areas to the east. Oviedo has grown rapidly in the past 30 years, from about 11,000 residents in 1990 to 40,000 in the 2020 census.

Though Tuesday’s mayoral election is a three-way contest, there is no requirement for a winner to get a majority of votes. Whoever gets the most votes wins. There will be no runoff.

Sladek points to the city’s comprehensive planning update, the city’s accelerated efforts to retire its debts, and a MetroPlan mobility study that should lead to what she calls a “paradigm shift” in how the city assesses impact fees for transportation improvements.

Both Hipes and López have expressed support for many of Sladek’s plans but have charged that she lacks leadership skills to get her agenda through City Council. Enough plans already, they each say.

Hipes published his detailed “Contract with the People of Oviedo,” a white paper that covers his intentions for such things as growth management, environmental protection, permitting processes, and city-promoted mentoring programs.

López also has lashed out at what he says is an undertone of divisive politics emerging in City Hall. He said he would oppose Sladek’s proposal for a human rights ordinance, calling it “a horrible solution to a problem that doesn’t exist.”

Some of the biggest concerns in Oviedo involve potential sprawl and traffic coming from outside the city. Three years ago, Orange County approved a big development just south of the city. “Thanks a lot, Orange County!” Sladek said sarcastically.

For the past three years, former Rep. Chris Dorworth has battled with Seminole County to get approval for his River Cross development east of Oviedo, in an area beyond the county’s rural boundary. The Seminole County Commission has blocked it. Dorworth keeps trying.

All three mayoral candidates oppose River Cross. Hipes has the distinction of being publicly attacked by Dorworth, who accused him of conflict of interest on Hipes’ Facebook page.

“I am rock-solid on that (rural boundary) line. I do not want that line breached. Dorworth came after me … I crushed him in my response,” Hipes said.

previousSt. Pete voters could change how City Council gets elected, and other charter amendments on the ballot