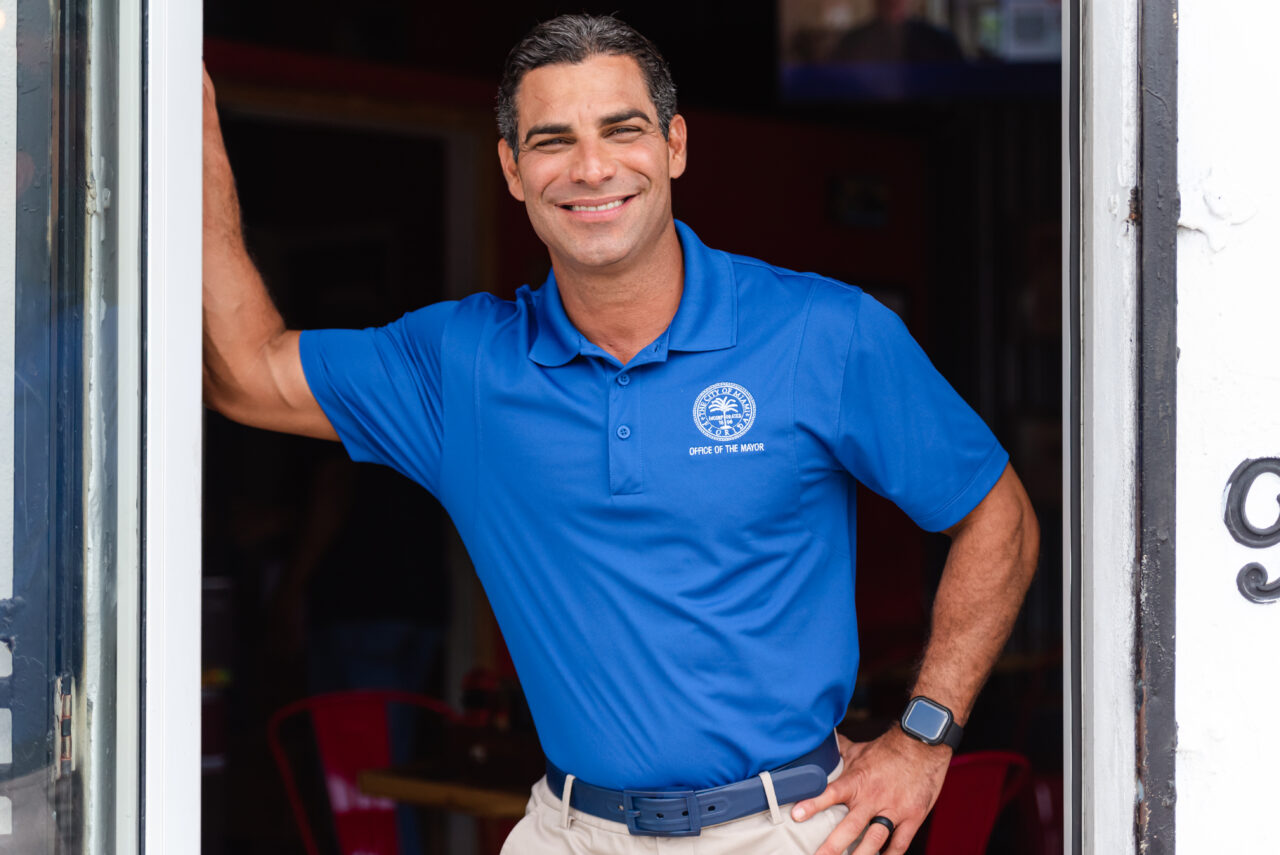 Suarez says he isn't treating the election outcome as certain. And he shouldn't, Martinez says.

Miami Mayor Francis Suarez enjoyed many highlights during his first mayoral term, which he secured with a whopping 86% of the vote in 2017. He’ll seek a second term as figurehead of the Magic City on Tuesday, but one of his opponents says he doesn’t deserve it.

Four candidates are running to unseat Saurez, whose success in marketing Miami as a Wall Street-Silicon Valley hybrid, complete with its own cryptocurrency, MiamiCoin, helped him to earn the 20th spot in Fortune Magazine’s “World’s Greatest Leaders” list.

Suarez, a former Miami Commissioner who earned his law degree from the University of Florida, is the only one among those vying for office with any government or political experience. He also boasts a gargantuan fundraising advantage.

But he hasn’t treated the outcome of the election as certain.

“I work every day as if it’s a very contested race,” he said. “That’s what helps it to not be contested, if that makes sense.”

Just months ago, Suarez, 44, seemed certain — and remains likely — to coast easily into a second term. He has helped to convince scores of international finance behemoths like Blackstone, SoftBank, CI Financial and Thomas Bravo to relocate to Miami. Tech companies have similarly arrived en masse, from cryptocurrency exchanges Blockchain.com and eToro to digital banking platform Novo, e-commerce business buyer OpenStore and defense company Red 6, among others.

A March 31 study by CBRE showed overall moves from San Francisco to the Miami metropolitan area jumped by more than 49% year-over-year.

Suarez’s marketing savvy — his office doesn’t provide him much actual administrative muscle — has prompted people like serial entrepreneur Jack Abraham to describe him as “a visionary.”

Suarez has twice attempted, and failed, to shift Miami to a Strong Mayor form of government, which would have granted him executive powers. Despite the shortfalls, he emerged largely unscathed.

But the dustup around and eventual firing of his handpicked chief of police, Art Acevedo, for whom Suarez did not raise a finger to help, may have left some voters with mixed feelings.

According to Martinez, a first-time candidate and the only one of Suarez’s opponents to raise more than $700 — he has raised nearly $21,000 in grassroots donations — Suarez’s recent inaction in the face of adversity may have marked his most noticeable misstep, but it’s hardly the only one.

“The whole Art Acevedo thing just exemplifies who he is. He runs away from his problems. He completely botched the process and ran away from his problems,” Martinez told Florida Politics. “Francis Suarez is not the leader for the city of Miami because he just has the wrong priorities. No one asked for cryptocurrency. He imposed it on them. He bragged that his organic impressions (on Twitter) were this city’s success. None of that is true. MiamiCoin, at its two-cent value, is not going to build affordable housing.”

Martinez, who earned a bachelor’s degree in government from Cornell University, knows he’s a long-shot. The 30-year-old and his fellow challengers to Suarez have raised just 1% of what the Mayor has. On top of that, he said, “the policy it seems that the entire Miami media revolves around is, ‘Protect Francis Suarez at all costs.’”

Still, Martinez said he has been beating the streets for nearly a year to turn the tide in his favor. It hasn’t been easy.

“My family’s from Spain, and I grew up in Miami. I’m not Cuban, so I’m very much an outsider right now. I’m not part of this old boys’ club or anything like that,” he said. “So, me coming in here right now, I feel like I’m the best one to change the city of Miami’s political culture, because I know the people, I know how the city works, and I can shock it by standing up for the right things.”

Election Day is Tuesday. A runoff election is scheduled for Nov. 16 if no candidate receives a majority in the Primary Election.

previousJoe Henderson: Decision day is at hand for Ken Welch and Robert Blackmon