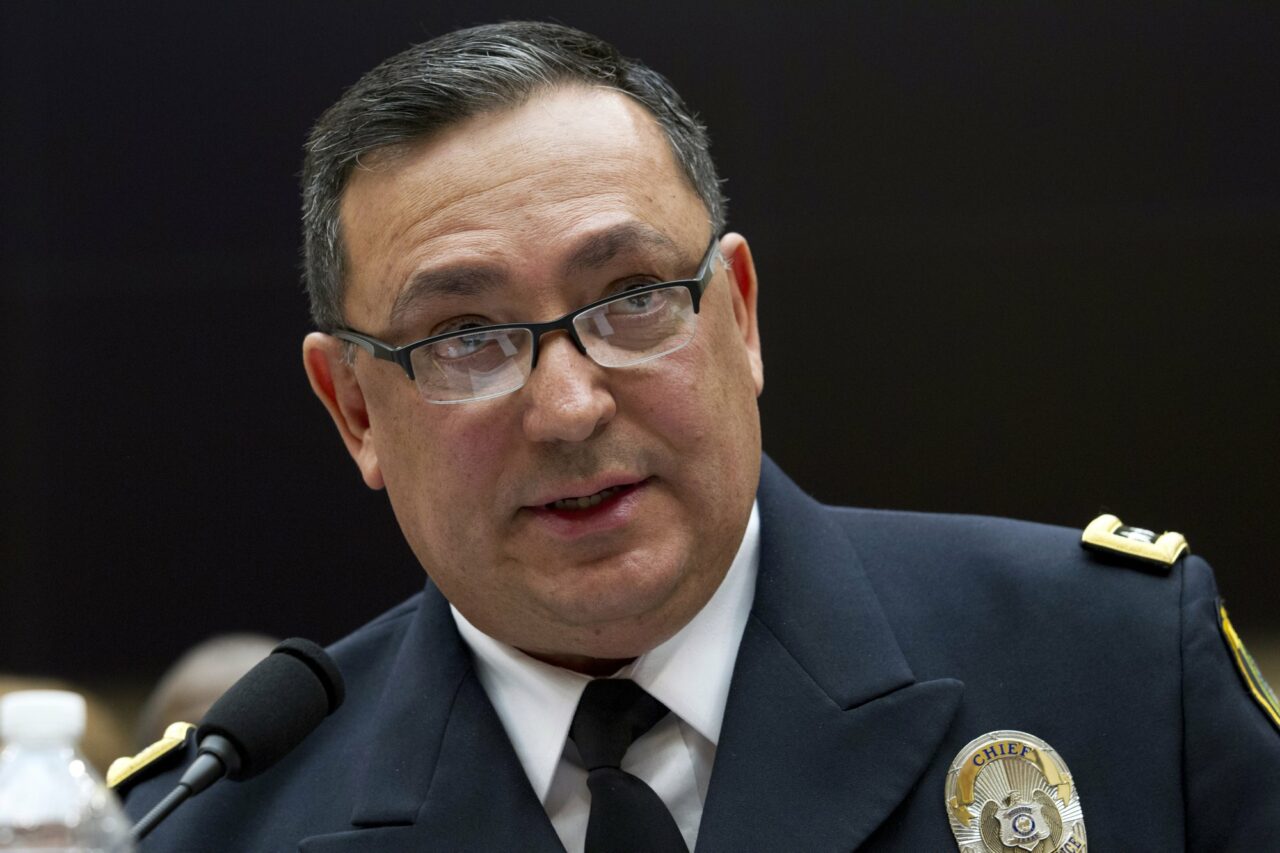 In what is likely to go down as one of the strangest meetings in recent memory of a legislative body known for its dysfunction, Miami Commissioners spent most of Monday publicly eviscerating the character of Miami Police Chief Art Acevedo.

After eight or so hours of diatribes, grandstanding, crosstalk, out-of-context dance videos and intermittently hostile public discourse, Commissioners Joe Carollo, Manolo Reyes, Alex Diaz de la Portilla and Jeffrey Watson voted to open an “all-encompassing” investigation into, among other things, how Acevedo was hired, his conduct while on the job and whether any Commissioner interfered with an ongoing internal investigation of the police department.

Commissioner Ken Russell, who is running to unseat United States Sen. Marco Rubio next year, did not attend.

The vote came three days after Acevedo penned a searing memo to Mayor Francis Suarez, who also no-showed the meeting, and City Manager Art Noriega. In it, Acevedo alleged Carollo, Reyes and Diaz de la Portilla have repeatedly tried to interfere with Miami Police Department affairs, including efforts to stop reforms and attempts to sidetrack an internal investigation into “questionable” uses of force.

The three men, he wrote, discussed confidential aspects of the investigation at public meetings, defunded MPD positions he created to help clean up the department and threatened further budget cuts unless he rehired officers he’d let go for misconduct and acted as Carollo’s “personal enforcer against anyone he perceives as offensive.”

In one incredible passage, he said Diaz de la Portilla offered to run his future campaign for Miami-Dade County Sheriff, but only if he did “the right thing” and rehired a well-liked sergeant-at-arms he’d fired in June as one of several terminations tied to the cover-up of a May police vehicle crash.

Acevedo wrote that he has asked the Federal Bureau of Investigation and U.S. Department of Justice to get involved.

Diaz de la Portilla said Acevedo’s claims are “outright lies.” Reyes called for a sweeping probe by an outside investigator. At around 7 p.m., they voted 4-0 for an investigation that the Commission itself will oversee, led by one or more to-be-determined state or federal law enforcement officers or prosecutors, with Watson in charge of signing subpoenas.

For most of the meeting, Carollo held court. He read dozens of news reports from cities where Acevedo worked before, painting the career cop as a hypocritical, misogynistic, sex-obsessed tyrant whose vengeful but careless management style cultivated toxic law enforcement atmospheres where rape was ignored and became epidemic alongside rises of crime and corruption.

Carollo did not identify who sent the materials to him. They included a report of how Acevedo kept sexually explicit Polaroid photographs of a fellow officer with whom he’d had an affair in his state-issued police vehicle and showed them to others on the force. Acevedo settled the matter out of court.

Another detailed a class-action lawsuit against Austin and Travis County, TX, that named Acevedo as police chief of a city department where DNA evidence in rape cases went untested “for years at a time.”

The lawsuit said more than 1,000 women in Travis County are victims of violent sexual crime yearly, but fewer than 10 cases of sexual assault were prosecuted under his watch. It also noted Acevedo allowed a wall within his department to be covered with photos of women who supposedly made false rape reports, saying: “Officers posted pictures of these ‘debunked’ female accusers on the wall as a matter of pride, as trophies of their ‘investigations,’ (while) the vast majority of the other 92-98% of reported cases in Travis County either languished or were never presented for prosecution.”

In something of a refrain after reading each report, Carollo asked Noriega whether he was aware of the information when he hired Acevedo.

Noriega, without exception, replied: “No, sir.”

Asked how he had decided to hire Acevedo, who did not apply for the job, Noriega said Suarez suggested him on the recommendation of Houston Mayor Sylvester Turner.

Suarez, who did not attend the meeting and was reportedly upstairs giving an interview about cryptocurrency, described Acevedo during his April swearing in as the “Michael Jordan of police chiefs.”

Noriega confessed he had not thoroughly vetted Acevedo, whose annual salary is $315,000 plus about $123,000 in benefits.

“Did we do an in-depth vetting of him? No,” Noriega said. “It really came down to whether or not he was qualified for the job, (and) we felt he was. We felt he was somebody who could come in from the outside and really effect change, because we all felt there was change required, some change necessary.”

He added that with Acevedo being on the job just over five months, “clearly the issuance of this memo (and) the reaction of this meeting speaks to the fact that we’ve ventured into an area that is highly problematic.”

Carollo pushed on. He raised the issue of a botched no-knock drug raid under Acevedo’s leadership in Houston that resulted two killed and several injured police officers.

In one of the meeting’s most surreal moments, Carollo played two clips of Acevedo on Dancing With the Austin Stars, a city fundraising event. One showed him dressed as a police officer slapping a woman on the behind with a ticket. The other featured Acevedo dressed as Elvis Presley, swinging his hips in tight pants.

“Do you find it acceptable for your police chief — not that he was dressed up as Elvis, not that he was trying to pretend he looked like Elvis, not that the was trying to mimic Elvis’ singing — but that he would go out publicly with pants like that, that fashion, where his midsection are in pants so tight it looked like this?” he said. “I don’t know. Maybe it’s me. I don’t wear those tight pants. The only time that you would see me like that is when I played football, but it was because I had a jockstrap on.”

If Acevedo wanted to clear the department of wrongdoers who needlessly use force, Carollo said, he should start with Capt. Javier Ortiz, a serially problematic, race-baiting cop who has racked up more than 60 excessive-force and citizen complaints in 16 years with MPD.

Instead, he said, Acevedo fired Deputy Chief Ron Papier and his wife, Cmdr. Nerly Papier, for not properly reporting a patrol vehicle accident. He also fired Sergeant-At-Arms Luis Camacho without explanation and demoted one of the city’s highest-ranking Black officers for defying a command from Ortiz.

Reyes suggested that the investigation into Acevedo include whether he was in a car accident himself, alluding to photos taken by the Miami Fraternal Order of Police President Tommy Reyes of the chief’s personal unmarked SUV showing scuff marks and a detached bumper.

“Let’s bring everything out into the open,” he said.