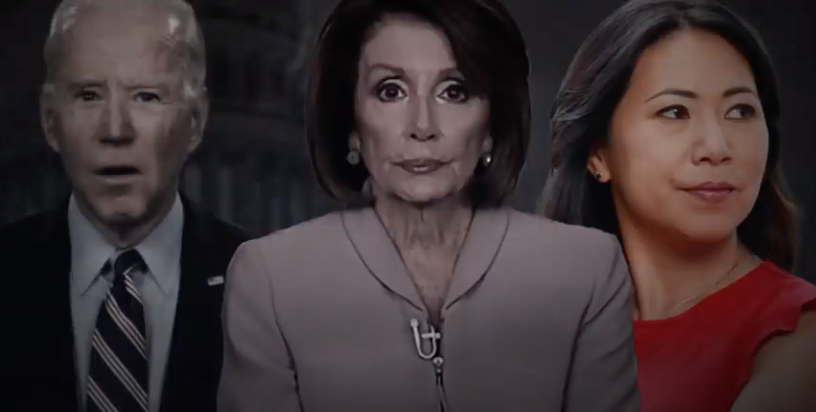 Republicans on Monday launched another attack ad against Democratic U.S. Rep. Stephanie Murphy, with the real subject being GOP opposition to the $3.5 trillion budget plan House Democrats are preparing to push.

The Winter Park Democrat, for now, is a no vote on the package. Murphy said she has concerns about the bill’s spending and tax levels and about the lack of specificity in much of the bill, which House leaders still are hammering out.

Democratic leadership hopes she’s a soft no, looking to negotiate concessions as co-chair of the Blue Dog Coalition, a caucus of fiscally moderate Democrats.

Republicans are a hard no.

The new 30-second commercial “Tax Hikes,” a National Republican Congressional Committee ad buy on Facebook in swing congressional districts, characterizes Murphy and 16 other Democratic members as at fault for rising taxes and inflation, should the Build Back Better Act get approved along party lines, as it could.

The commercial seeks to tie Murphy to President Joe Biden‘s oft-used statement during the 2020 presidential campaign that taxes are going up. Biden had said that about people earning $400,000 or more a year, but the commercial leaves that part out.

“House Democrats are helping Joe Biden and Nancy Pelosi pass the biggest tax hike in decades,” NRCC Chairman Tom Emmer, a Republican Congressman from Indiana, said in a news release, “With costs already through the roof, the last thing middle-class Americans need is the government taking more money from their paychecks. Voters will hold every Democrat who votes for this reckless tax and spending spree accountable.”

It is at least the fifth attack ad launched against Murphy, a key moderate vote for Democrats in the House, since Congress started debating and drafting the $3.5 trillion budget bill in August. Most of those have been from Republicans and allied groups, some on TV. Last week a Democratic allied group launched a TV ad in the Orlando market urging her to vote yes.

The NRCC ad also is targeting Democrats in swing districts in 13 other states.

“Prices are going up, paychecks are goin’ down,” a narrator declares in the NRCC ad. “Now, Biden, Pelosi and Stephanie Murphy are going to make things worse with the biggest tax hike in decades, crushing small businesses and hurting middle class families.”

The Build Back Better package includes much of what Biden had proposed last spring in his $2 trillion climate resilience plan and in his $1.8 trillion American Families Plan, notably for what Democrats call “wraparound” health care, child care, education, and senior care services — which Republicans deride as socialist programs.

Under archaic and complex U.S. Senate rules, budget bills can avoid Senate filibusters through the budget reconciliation process. So Democrats, in control of both houses, could get the bill through without a single Republican vote. Democrats’ margins are slim, though

previousMiami Commissioners vote to investigate police chief, themselves for misconduct