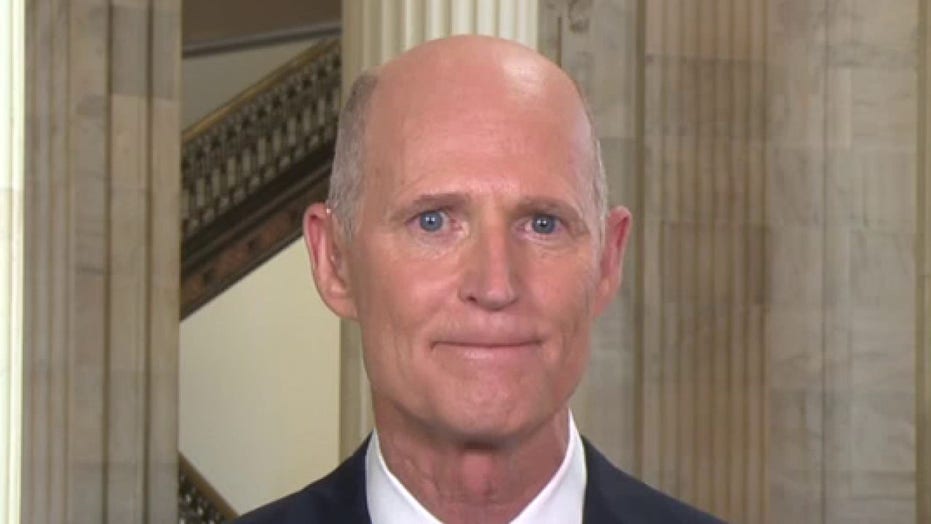 U.S. Sen. Rick Scott won’t budge from his belief in tax cuts passed under the previous presidential administration before he got to the Senate.

“First off, I’m not going to raise anybody’s taxes,” Scott said when asked about repealing the Tax Cuts and Jobs Act, a sweeping corporate tax relief measure passed while Donald Trump was President and as deficits surged.

Scott said he wanted to “lower taxes,” condemning a “staggering” amount of waste in the federal government.

Those comments on Fox News Sunday came moments after he defended his vote against federal infrastructure spending he said was not “real infrastructure” and “was not paid for.” The package includes $13.1 billion of repairs for 3,564 miles of bad Florida roadway, rural broadband expansion, and electric vehicle charging stations.

Even when host Chris Wallace noted that the tax cuts would, per the Congressional Budget Office, add $2 trillion to the debt, Scott was unmoved.

Wallace asked the Senator the same question again: “When Donald Trump was President, you had the tax cut, which added $2 trillion to the deficit, according to the Congressional Budget Office. And you didn’t have the commensurate spending cuts. So, the question is, if you’re not going to have the spending cuts, should you repeal the tax cuts — if the debt and deficit are so vital?”

“I am not raising anybody’s taxes, I want lower taxes,” Scott responded. “I want to watch how we spend our money. I’ve been in the Senate for two years and nine months. The waste is staggering. Americans should be furious with the way money is spent in the Senate and in Congress.”

The Biden administration has invoked Republicans backing the tax cuts in the Trump administration as exemplifying the selective nature of the GOP’s budget hawk stance.

For what it’s worth, Scott’s Florida colleague in the Senate, who actually voted for the bill, has had more notable second thoughts over the years.

Sen. Marco Rubio claimed some companies did not invest their savings back into their businesses, cashing out instead. But he then walked back the harshness of that claim, saying the bill had “been good for Americans.”

The legacy of the 2017 tax cuts is still developing, with caveats. Tax revenues are on the upswing, up 18% year over year with corporate collections at record highs. But that can be a deceptive metric given the diminished value of the currency itself.