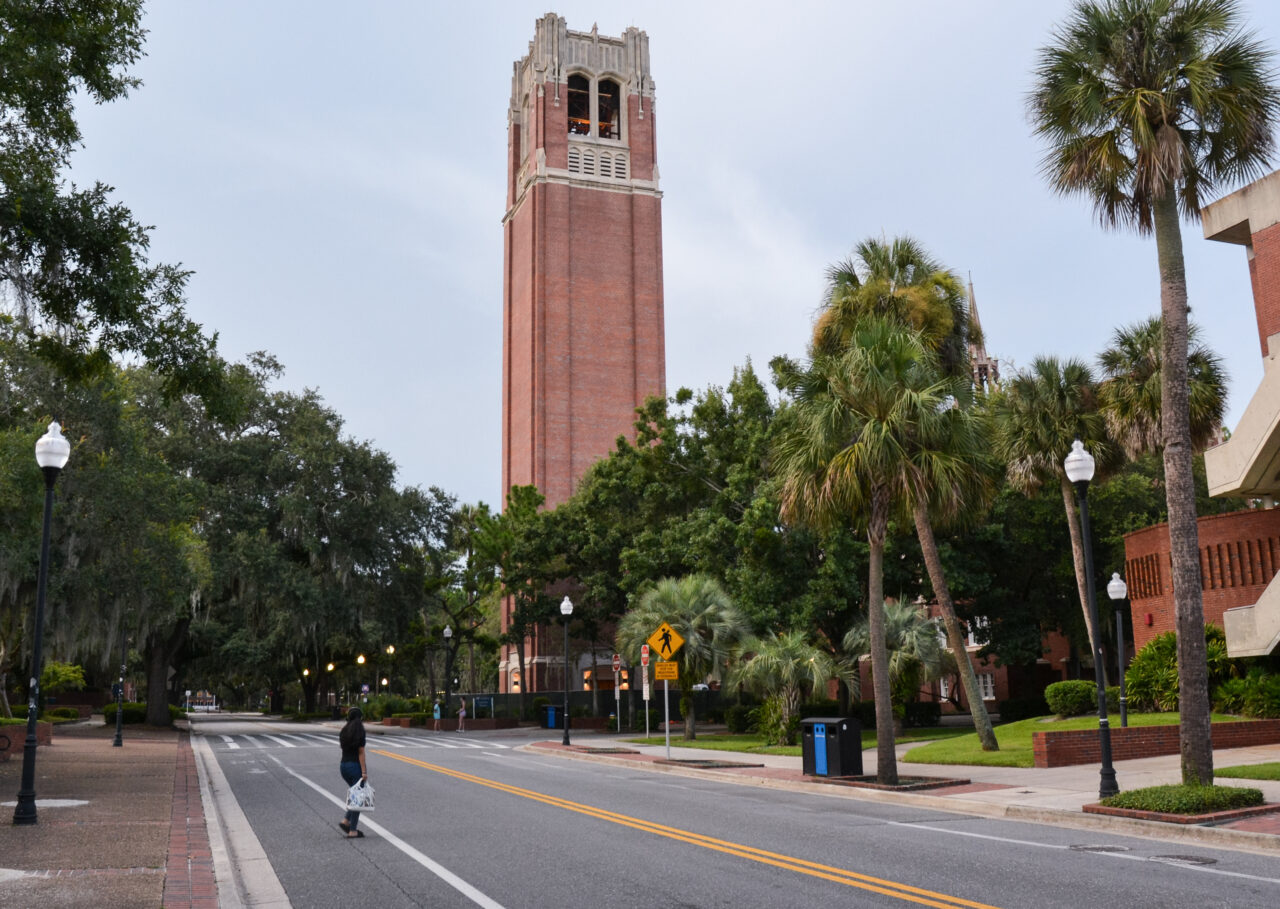 'If you find yourself in a hole, stop digging.'

Trying to extinguish a political controversy that has enveloped the University of Florida, the school promised that it will review its conflict-of-interest policy after it blocked requests by three prominent professors to provide paid testimony in a voting rights lawsuit against Gov. Ron DeSantis and other top state officials.

On Tuesday, Florida’s entire Democratic congressional delegation urged the university to lift its “gag” on professors’ testimony. Their letter to the university’s president, Kent Fuchs, said the decision violates the professors’ First Amendment rights and contradicts the school’s own policies toward academic freedom, and said allowing them to testify against new voting restrictions would not be adverse to the university’s interests.

In a message Monday night from the university’s top administrators, officials did not reverse the school’s decision that effectively blocked the professors’ testimony, but they said a new review by a task force they will assemble “is critical to ensure the policy advances the university’s interests while protecting academic freedom.”

In a highly unusual move, the university had rejected requests by three professors widely considered elections experts — Michael McDonald, Dan Smith and Sharon Austin — to do paid work during their off-hours for plaintiffs suing the state of Florida over new voting restrictions the legislature passed and DeSantis signed earlier this year. The school previously permitted Smith to testify in other voting rights cases against the state, and Democrats in Congress said Smith was paid in those cases.

The school called the professors’ requests to testify an “impermissible conflict of interest” and said, “As UF is a state actor, litigation against the state is adverse to UF’s interests.” Administrators denied Smith’s request in July and the others’ in mid-October, but they were made public last week in a federal court filing related to the lawsuit.

This week’s announcement of a new policy review was among the latest developments in the fast-moving case that generated national headlines — and harsh criticism within academic and progressive circles — about the operation of the state’s flagship university under Florida’s conservative Republican Governor.

The criticisms by Democrats raised the prospect of congressional hearings in Washington that could examine the governor’s influence over the university. The letter they sent Tuesday specifically asked the university to promptly describe how the professors’ testimony proved adverse to the school’s interests.

Florida’s only lawmaker on the House Education and Labor Committee, U.S. Rep. Frederica Wilson, called UF’s decision to block the testimony “extremely disappointing,” describing the lawsuit in question as a “momentous case that could have significantly adverse repercussions for people of color and their precious right to vote.”

“If this becomes a pattern with red-state Governors, my colleagues in Congress and I will address it,” Wilson said in a written statement.

U.S. Rep. Charlie Crist, running for the Democratic nomination to face DeSantis during next year’s reelection, said the governor was “creating a culture of silence and suppression” and “squelching dissent.” He added: “It’s Florida under Ron DeSantis’ dystopian, authoritarian regime.”

Congresswoman Kathy Castor called the decision a “huge black eye” for the university, and over the weekend, Rep. Debbie Wasserman Schultz said the university’s decision to block the professors’ testimony was “appalling.”

The university’s accrediting body, the Southern Association of Colleges and Schools’ Commission on Colleges, formally asked Florida’s president for more information about the case and indicated it may investigate whether the school violated standards protecting academic freedom and undue political influence.

The university said it would permit the professors to testify in the case if they agreed to work for free. “If the professors wish to testify pro bono on their own time without using university resources, they are free to do so,” Fuchs and Glover said in a statement. Expert witnesses can charge hundreds of dollars per hour preparing and testifying in court cases.

The school did not explain how testifying for free would resolve any issues, since its current policy covers paid and unpaid outside activities. Professors who violate the rules can be disciplined, fined or fired, or have their government salaries reduced.

“Academics have First Amendment protection even where their commentary may make a university’s relationship with funding sources more difficult,” they wrote.

The union representing 25,000 higher education employees, United Faculty of Florida, urged administrators to “get out of the way and allow faculty to tell the truth based on their expertise and research.” Florida’s chapter said it requested a meeting with Fuchs to discuss what it said were “violations of academic freedom that have occurred on our campus.”

The chair of the UF Faculty Senate, David Bloom, said the senate would form two committees to review the situation. “We are working to ensure that faculty rights are fully supported and university procedures are properly followed,” he wrote in an email to university employees Monday.

The voting case lawsuit seeks to overturn provisions of a new Florida law that tightened restrictions on voting by mail and early voting, methods used by minorities and Democrats in significant numbers during last year’s presidential election. Defendants include DeSantis and top state and county election officials. It is one of at least four such lawsuits underway in the U.S. District Court for the Northern District of Florida.

The relationship between university administrators and Florida’s Governor — widely expected to compete for the Republican presidential nomination in 2024 — has been fraught since DeSantis was narrowly elected in 2018.

During the pandemic, the university was compelled this year not to require vaccines for students or employees, or masks inside classrooms. Fuchs said that even if he were to issue such rules, they would be quickly overturned by officials in Tallahassee. DeSantis has been a leading critic of such mandates and has cut state funding for school boards in Alachua and Broward counties that require masks or vaccines.

Last month, the faculty senate laid out plans to formally express a lack of confidence in the university’s efforts to keep students and employees safe during the pandemic. Fuchs warned that such a decision would result in “lasting damage” between the university and DeSantis.

Also earlier this year, DeSantis signed a new law to require Florida’s public universities to ask students and faculty to complete yearly surveys to identify political bias in college classrooms. The law was intended to measure whether “competing ideas and perspectives” were fairly presented and encouraged during class lectures.

At the same time, UF has enjoyed healthy funding from the DeSantis administration and the state’s Republican-controlled Legislature — spending that helped it secure a Top 5 “best public school” ranking in the latest evaluations from U.S. News & World Report.

The chairman of the university’s board of trustees, Morteza “Mori” Hosseini, is CEO of one of Florida’s largest residential developers and a top political donor to DeSantis and other Republicans and conservative causes.

In their message late Monday, Fuchs and Glover said the university “stands firmly behind its commitment to uphold our most sacred right as Americans — the right to free speech — and to faculty members’ right to academic freedom.”

Austin, one of the three affected professors, said in a statement that her participation in the voting rights case stemmed from being a Black Southern woman: “If Rosa Parks and Fannie Lou Hamer could lose their jobs, then I could lose mine too, but not without a fight,” she said.

Smith on Tuesday tweeted at the university’s president: “If you find yourself in a hole, stop digging.”

Anna Wilder and Houston Harwood reporting; produced by Fresh Take Florida, a news service of the University of Florida College of Journalism and Communications. The reporters can be reached at [email protected] and [email protected].

previousDown for everyone or just me?: State website back online after four days