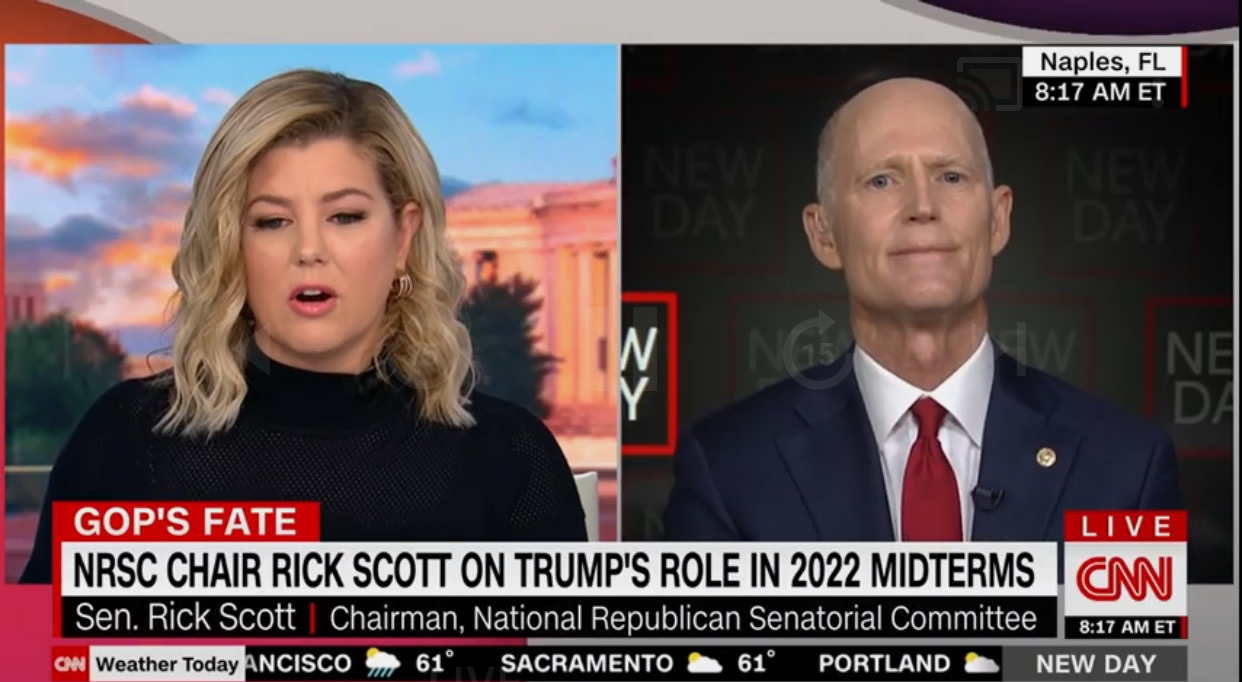 Scott, who spent part of Sunday morning on NBC’s Meet the Press, has seen an uptick in mainstream media bookings in the wake of election results last Tuesday in Virginia and New Jersey.

But as was the case during the Meet the Press hit, former President Donald Trump crowded out the good news, with interviewer Brianna Keilar grilling Scott about the so-called “Big Lie”: the contention Trump and his supporters make that the 2020 Presidential Election was rigged.

Scott dodged Keilar’s fundamental question about whether he was “comfortable” with candidates promulgating the myth of the stolen election.

“There are a lot of people who wish Joe Biden wasn’t President, like probably the big majority of Republicans right now,” Scott, who himself voted to decertify one state’s electors in January, added.

As he did on Meet the Press, Scott said it would be “foolish” not to pursue Trump’s endorsement, despite the former President’s fixation on the 2020 outcome. Then Scott proposed a number of false equivalencies with Democrats, none of whom have cast Trumpian doubts about the legitimacy of the electoral process.

Scott found cause to equate Trump with former Georgia gubernatorial candidate Stacey Abrams, likening her challenges to her 2018 loss to the yearlong obsession Trump has had in denouncing the election results.

Pressed on Trump telling Republicans to sit out future “corrupt” elections, Scott found a way to equate that with words from the Senate Majority Leader.

“Chuck Schumer goes to the floor of the Senate and keeps saying that election laws in this country are unfair,” Scott bemoaned.

He further argued Republicans’ claims on the 2020 election may not be all that dissimilar to Democrats’ concerns over various Republican-led election laws.

“Democrats are saying that the election laws in this country are unfair,” Scott said. “How is that different?”

Scott also floundered when asked to defend a Champion for Freedom award he gave to Trump earlier this year, under the auspices of the National Republican Senatorial Committee.

“I believe in supporting Israel and so does Donald Trump,” Scott said.

“Look at the Abraham Accords,” the Senator added, “those are really historic.” The Abraham Accords, established in the waning weeks of Trump’s presidency, is an agreement between Israel and several middle eastern countries promoting peace between the nations.