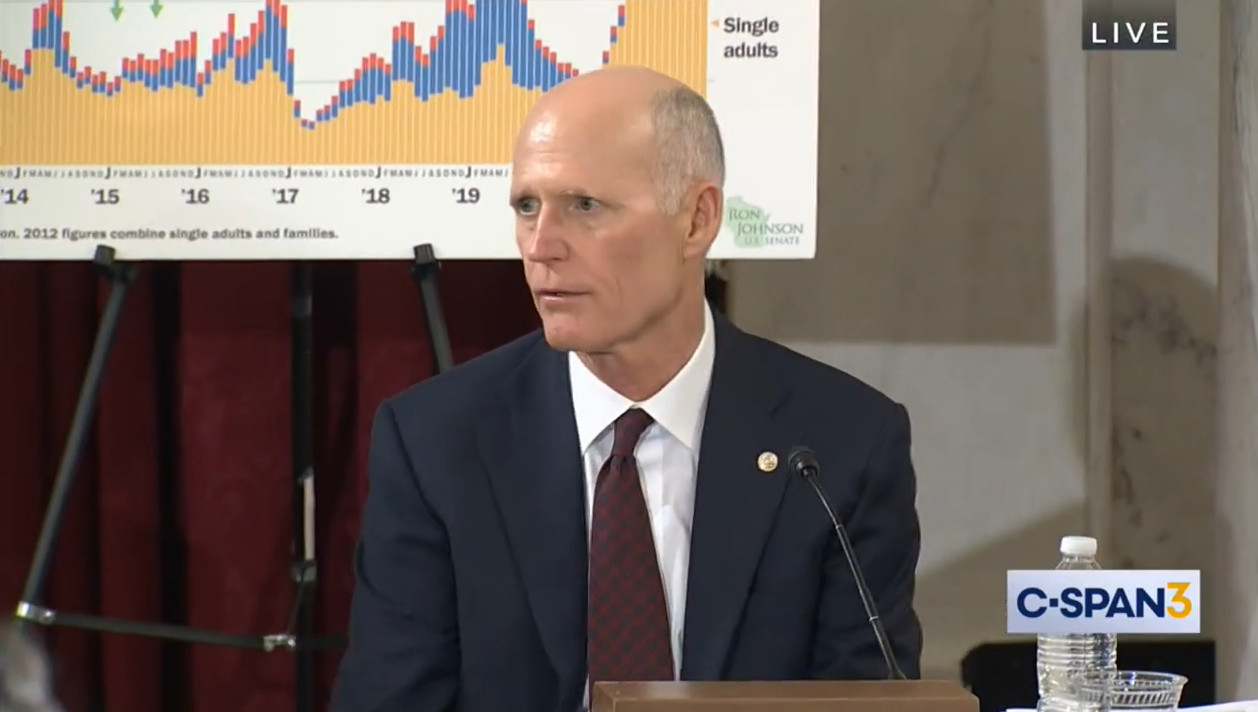 He made the public commitment to Republican National Committee Chair Ronna McDaniel during an episode of her “Real America” podcast released Tuesday morning.

“The RNC and the NRSC are doing a lot. We’re defending lawsuits in Georgia, Florida, Iowa,” Scott said. “We’re going into Texas and probably North Carolina because we’re a team.”

Scott, this election cycle, chairs the NRSC, which will support Republican Senate campaigns in electoral battlegrounds nationwide. It’s a critical cycle for the GOP as it aims to retake the majority in a chamber evenly split 50-50, with Vice President Kamala Harris’ tie-breaking vote giving Democrats control.

The Florida Senator at the podcast’s outset gave McDaniel and the RNC credit for his own seat in Washington.

“I think you had a lot to do with that,” McDaniel responded in-kind.

Scott secured his seat in the Senate by defeating three-term Democratic incumbent U.S. Sen. Bill Nelson by a razor-thin 10,033 votes out of more than 8 million cast. That was actually the third statewide race Scott won in a row by slim margins, having also won the Governor’s Mansion twice by 1.2 percentage points in 2010 and 1 percentage point in 2014. Notably, Scott reminded McDaniel the RNC did “nothing to help me win” his races for Governor.

“You have a unique perspective on an issue that is so pervasive in our party right now, which is election integrity,” McDaniel told Scott during the podcast. “You came up against some really bad supervisors in Broward and Palm Beach as a candidate.”

“We won by I think like 54,000 or 57,000 votes on Election Night,” Scott said. And then the Democrats sent down Marc Elias, who’s the lawyer who comes out to steal elections and he publicly said he was going to win the election. He didn’t care what the votes were.”

“We had to fight for three weeks every day,” Scott said.

He accused elections supervisors of violating the law, resulting in a tighter election victory.

”They found 95,000 votes illegally after Election Night and they tried to count them all,” he said. “Those votes weren’t for me. Shocking.”

Both Broward and Palm Beach are heavily Democratic counties. While Scott sued Snipes over alleged misconduct, no nefarious acts were proven in court.

McDaniel said she was at the Broward Supervisor of Elections going through ballots herself by hand.

Scott said this all shows the importance of “getting the right laws and then electing the right people.” His comments come as Florida enacts a set of controversial election restrictions on vote-by-mail and early voting, and asDeSantis pushes for more changes before the 2022 midterms.

previousJoe Henderson: Rick Scott's game plan is in place and that should scare Dems