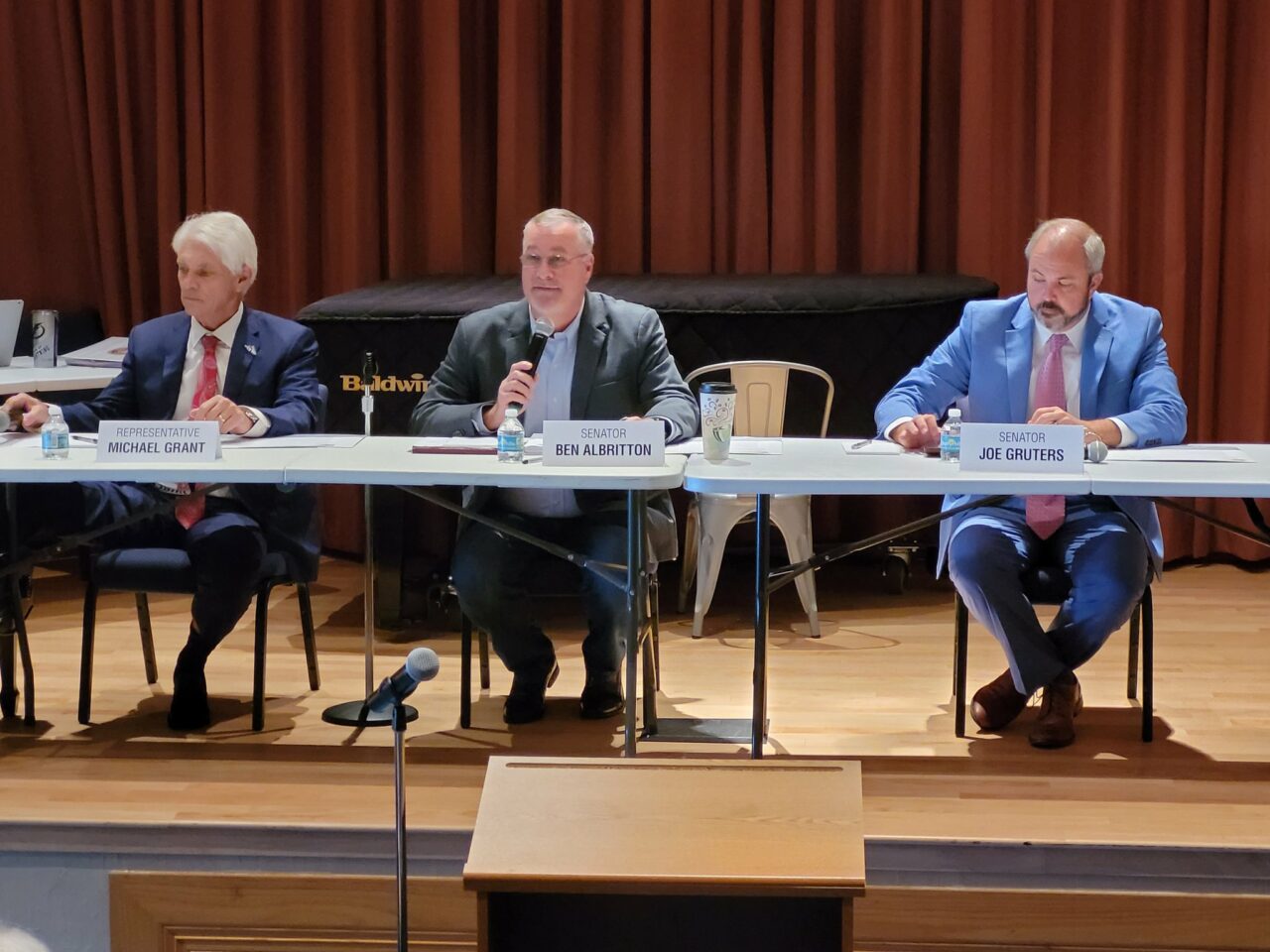 Joe Gruters wants to rework formulas that determine who gets funding on adoption and other services.

A disproportionate number of Florida’s underfunded child services regions operate on the Gulf Coast. But Sen. Joe Gruters said he wants a legislative solution to remedy that in the coming Session.

At a meeting of the Charlotte County Legislative Delegation, the Sarasota Republican said he’s already crafting legislation to address the inequity.

“A ZIP code shouldn’t determine the worth of a human being or the value of a child,” Gruters said. “For the entire area to be short-changed year after year because of some disparity in funding across the state — this is not a partisan issue. This is just common sense.”

The issue came up when Nadereh Salim, CEO of the Children’s Network of Southwest Florida, presented data on the lack of resources to address a backlog in needed adoption and foster services. The program serves 2,169 children through foster, kinship, in-home and other services, working with about $39 million from the state.

“The funding formula that’s in place now skews the funding and disproportionately gives resources to some communities versus others,” Salim said. “We happen to be in the areas that are underfunded. And we’ve for years been working with the Legislature to look at that allocation to ensure that our community gets its fair share of funding to support abused children and provide services to their families.”

But Gruters said this isn’t just shortchanging that region. He represents Charlotte County and Sarasota County, which falls in the 12th Judicial Circuit.

At the Sarasota County Legislative Delegation meeting last month, the Safe Children Coalition testified the same inequity plagues services there. CEO Brena Slater testified to lawmakers the judicial circuit actually suffers the lowest per capita funding of any community-based care provider in any other part of the state. At the same time, the region suffers the highest case load per capita.

Salim said that’s no surprise. Four of the eight lowest-funded judicial circuits in terms of child services are on the Suncoast. Children’s Network of Southwest Florida is the second lowest with 71.6% optimum funding. Safe Children Coalition gets just under $26 million, or 74.7% of the funding it wants.

By comparison, the Citrus Family Care Network in Miami received more than it needs, about 117.4%, or $77.4 million.

Gruters pushed the Sarasota delegation to unanimously pass a resolution calling for a change to the formula. He has worked since then on legislation with Rep. Fiona McFarland, a Sarasota Republican.

He wants to see a gradual change implemented with funding, over 10 to 15 years, to reach a point of equitable funding statewide. He wants to avoid any solution that involves taking resources away from other judicial circuits.

“The goal here is to have a glidepath to get to a point where everybody is trued up without taking existing dollars from other areas,” he said, “but that’s a very tough thing to do.”

And at least this is a good time to address matters. House Majority Leader Mike Grant, a Port Charlotte Republican chairing the Charlotte delegation, said he just learned of this inequity but has dealt with legislative fixes in the past.

“It’s something that we’re going to address. I strongly believe in that program,” he said of Children’s Network of Southwest Florida. “I believe in what they’re doing.”

But he warned it will take patience to fully address the problem.

Sen. Ben Albritton, a Wachula Republican in line to be Senate President in 2024, said he has made child services a priority throughout his legislative career. “It’s at the forefront of issues I have focused on for years,” he said.

nextHeavy burden for consumers as holidays near: Soaring prices