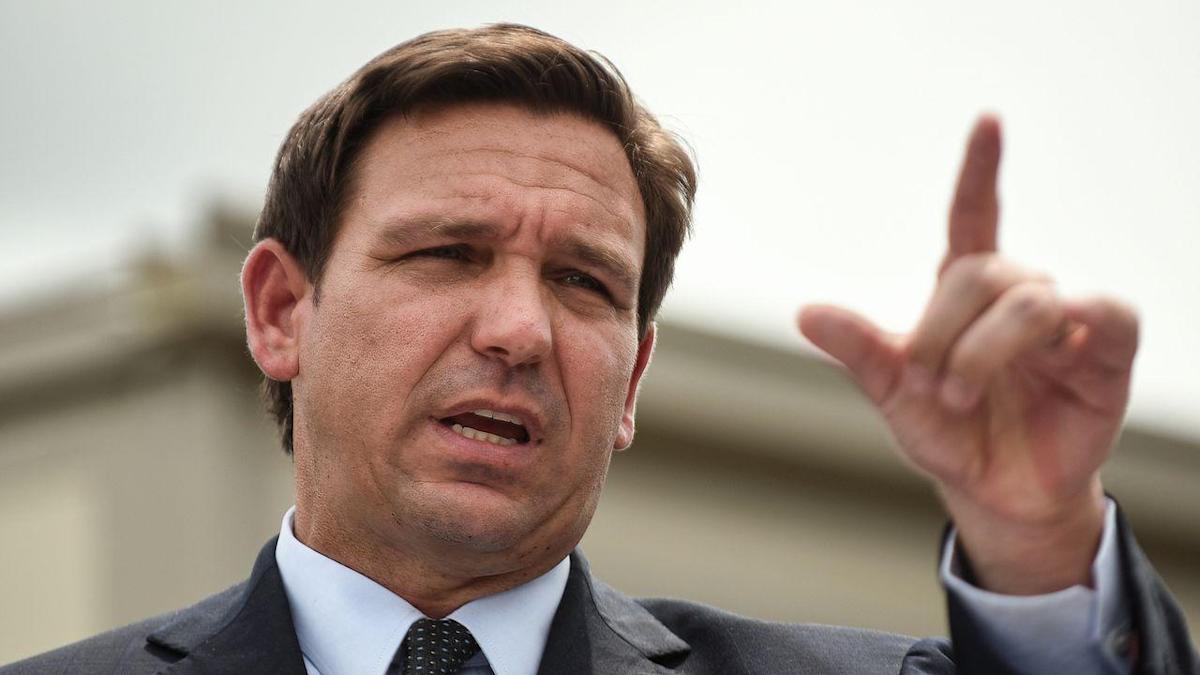 The fate of Kyle Rittenhouse, charged in the deaths of two men and shooting of a third during a protest against police brutality in Kenosha, Wisconsin, was decided as “not guilty” by a jury Friday.

But Florida Gov. Ron DeSantis declared DeSantis innocent earlier in the week, in a fundraising email.

The Governor’s take is that while Rittenhouse was on trial, it is the corporate media that was guilty.

“The whole Kenosha episode has been a tragic farce built upon a foundation of corporate media lies,” DeSantis asserted.

DeSantis’ campaign released an essay Wednesday to its email list. The treatise, entitled “Kenosha, Rittenhouse, and Media Lies,” urged supporters to join him and “fight back” against the corporate media and its purported mendacities.

“Corporate media lies are perverting our system of justice yet again,” reads the opening, setting up two compare and contrast paragraphs.

DeSantis juxtaposes “scumbag” Jacob Blake, who was shot by a police officer and paralyzed, with Rittenhouse, a defender of the community.

“He saw Kenosha on fire as a result of media-fueled rioting and did what we should want citizens to do in such a situation: step forward to defend the community against mob violence. In spite of the facts, corporate media, Big Tech, and the Democratic Party baselessly smeared Kyle as a ‘white supremacist’ and ‘domestic terrorist’ and then practically convicted him of murder in the court of public opinion,” the polemic continued.

Much of the email includes familiar attacks.

“Unfortunately, this is the foreseeable product when you have poorly run Democratic cities that have entirely abandoned the concept of law and order, and a corporate press that gaslights people into believing that the rioters are the good guys and the protectors are the bad guys,” DeSantis contended, urging supporters to join him in battle.

“We need to fight back — against attacks on law enforcement, against the smearing of innocent people by the media, against the censorship of the truth by Big Tech, and against those who seek to eliminate our right to defend ourselves and our communities,” the argument continued.

DeSantis is often called “America’s Governor.” And here, he showed his willingness to again wade into the sovereign affairs of other states, offering sharp, unsolicited barbs.