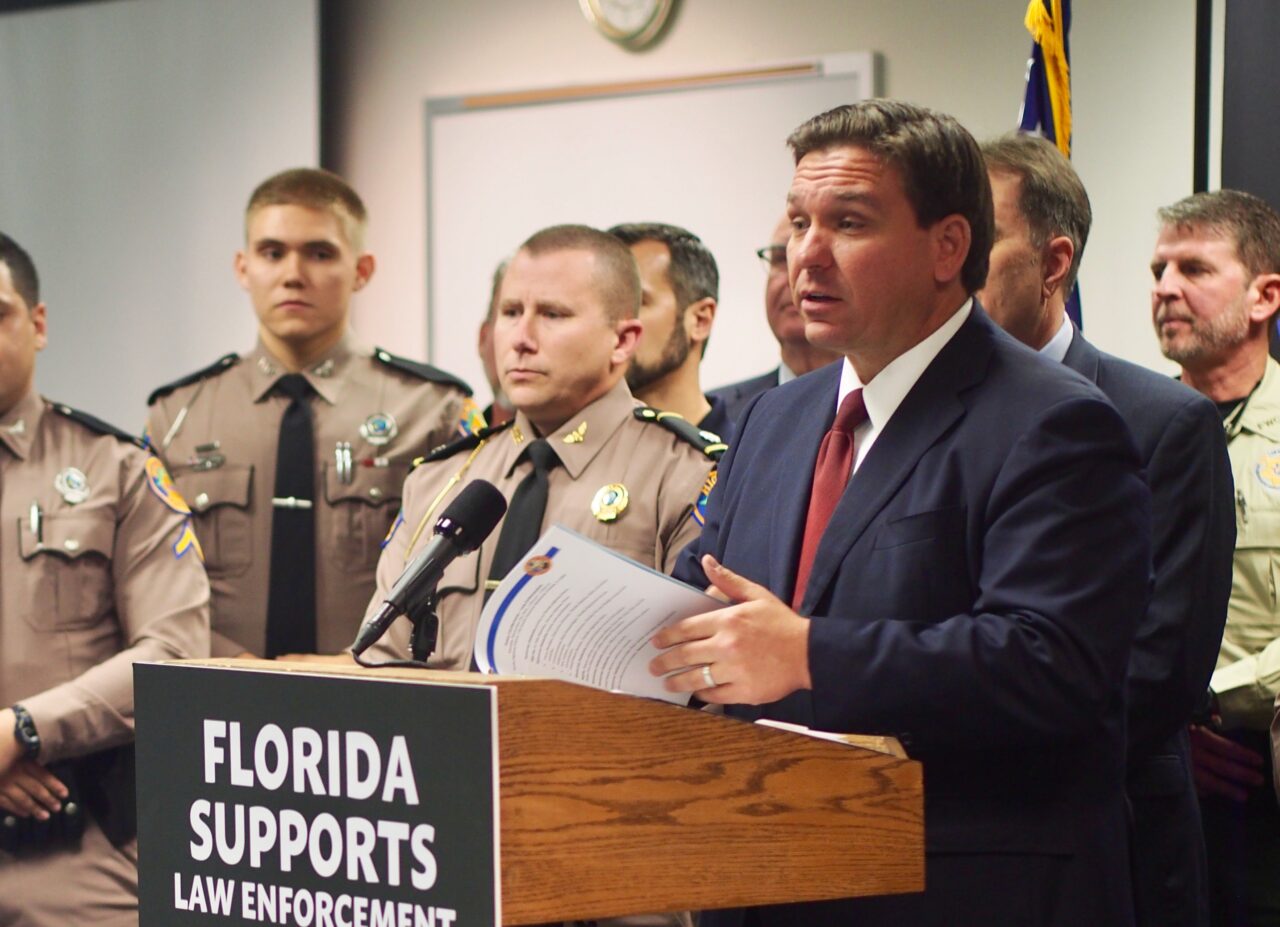 Like Florida’s teachers until a few years ago, state law enforcement officers have been paid so low leaders say recruitment and retention have long been struggles, and on Monday, Gov. Ron DeSantis agreed to try to do something about it.

Leaders of the Florida Department of Law Enforcement, Florida Highway Patrol, and the Florida Fish and Wildlife Conservation Commission hailed the proposal, as well as state law enforcement officers gathered at the press conference at Orlando’s Florida Highway Patrol headquarters who often are lured to high-paying jobs in city and county agencies.

“Twenty-five percent is a pretty huge amount, I believe, for current officers. So hopefully if there were some troopers or any officers thinking about leaving or going to a county agency or city agency that pays more, hopefully this will stop that,” said Highway Patrol Chief Mark Brown.

“Typically we’re in the bottom or close to the bottom of pay … of state law enforcement across the country for highway patrol,” Brown added. The proposed pay level would make Florida more competitive, he said.

“I’ve been with the agency 37 years. Our base pay hasn’t gone up since 2006, 15 years,” said FDLE Commissioner Richard Swearingen. “As Mark said, I have never, ever in my 30-plus years seen a 20% increase to base pay, or a 25% increase for the agents currently on the job … This is huge.”

He added he has not had the same issues with retention that the Florida Highway Patrol has struggled with, but has “struggled for years to recruit, because our base pay is so far below even most of the sheriff’s departments in the state.”

The Governor said his budget would include $73 million to cover the minimum pay increase for newly recruited state officers and the pay increase for veteran officers; $135 million to increase correctional officers’ base pay, with a new minimum wage of $20 per hour, and for juvenile justice and juvenile probation officers, with new minimum wages of $17 or $19 per hour, depending on the positions; and $1.4 million for increases in salaries for state special risk firefighters, which could provide up to $2,500 for each.