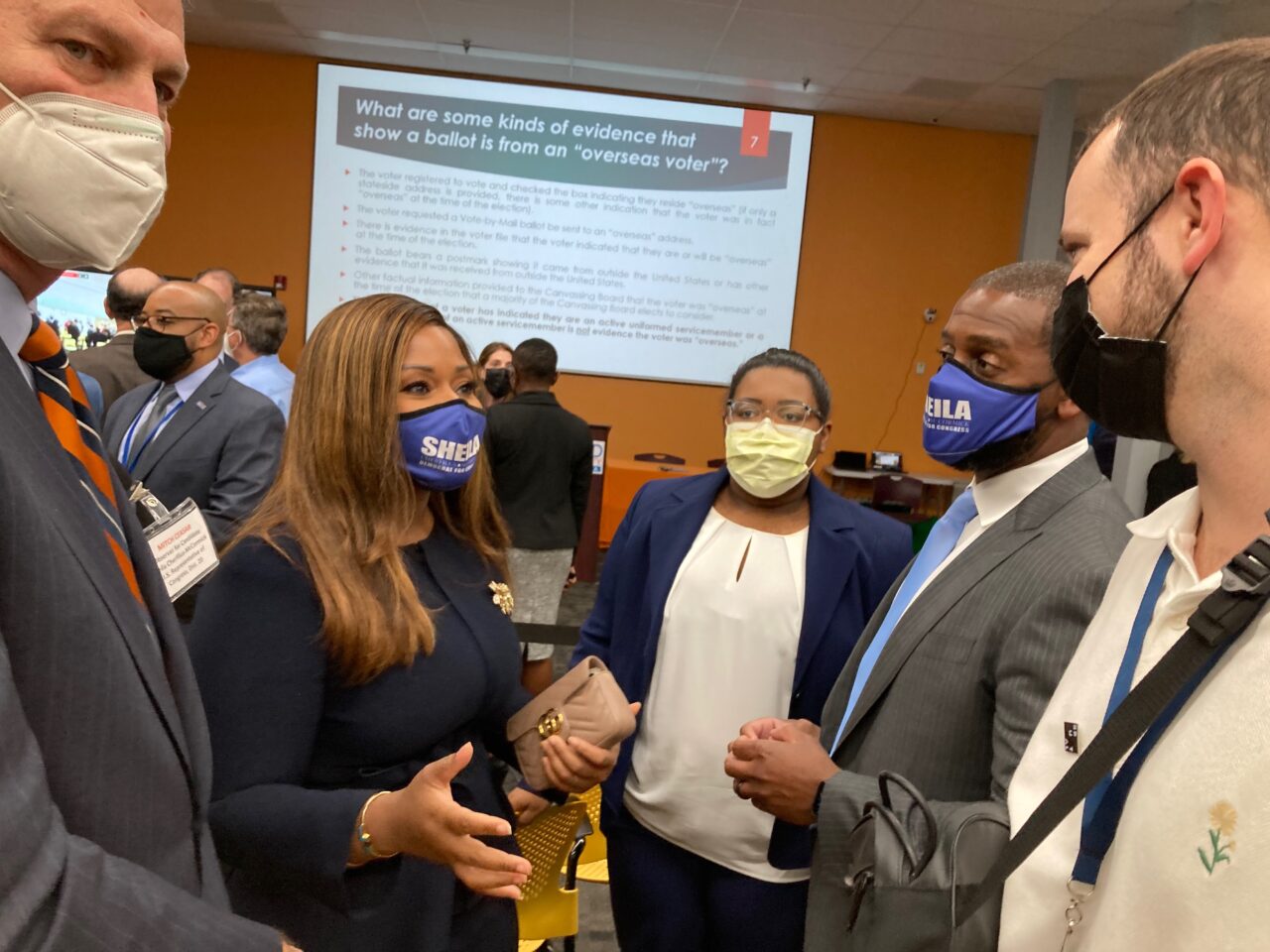 The loser by five votes, Dale Holness is alleging the winner's promises to voters amounted to a bribe.

The second-place finisher in the Special Democratic Primary for Congressional District 20 has filed litigation contesting the results, alleging the winner misled voters with promises of money.

In addition to going after Cherfilus-McCormick, Holness is suing the Broward Supervisor of Elections Joe Scott, the Broward County Canvassing Board and the Elections Canvassing Commission, which is in charge of canvassing the returns of all congressional elections.

The suit was filed in 17th Circuit Court on Wednesday, the day before Thanksgiving.

The 21-page suit raises numerous issues. Chief among the allegations, however, is that Cherfilus-McCormick falsely promised voters in the majority Black district that a ballot cast for her would put money in their pocket. That’s in violation of Florida statutes that forbid offering money to secure votes, the suit says.

Part of her campaign included her “People’s Prosperity Plan” that called for adults earning less than $75,000 annually to receive a monthly $1,000 check. Campaign materials with the plan are included in the suit.

“At all times relevant to this action, (Cherfilus-McCormick) knew this promise was a gimmick designed only to motivate people to vote for her,” the suit says. Cherfilus-McCormick “mislead (sic) voters to the extent that several voters believed that they would be picking up a $1,000 check on Election Day … In fact, immediately after voting, several voters presented to the Supervisor of Elections staff personnel and campaign workers requesting how they were to receive their $1,000 payment for voting.”

Cherfilus-McCormick, could not be reached for comment, but Larry Davis, her lawyer, told the Sun-Sentinel that Holness’ complaint was “baseless” and would be dismissed quickly.

Scott, Broward County’s Supervisor of Elections, told the paper he did not comment on pending litigation.

Cherfilus is still facing a Jan. 11 Special Election in which she will compete with the winner of the Special Republican Primary Jason Mariner. The district, which straddles Palm Beach and Broward counties leans heavily Democratic and Cherfilus-McCormick is widely regarded as the de facto winner of the congressional seat.

The Special Democratic Primary Election Nov. 2 had attracted 11 candidates to enter the race to succeed Hastings. The results were so close, a recount was done in both counties’ elections offices.

This is the first election Cherfilus-McCormick, a health care executive, has ever won. If all goes as expected, she will be the first Haitian American elected to serve as a Democrat in Congress.

next'This is a personal issue for me': Lori Berman brings back bill to level breast cancer exam costs