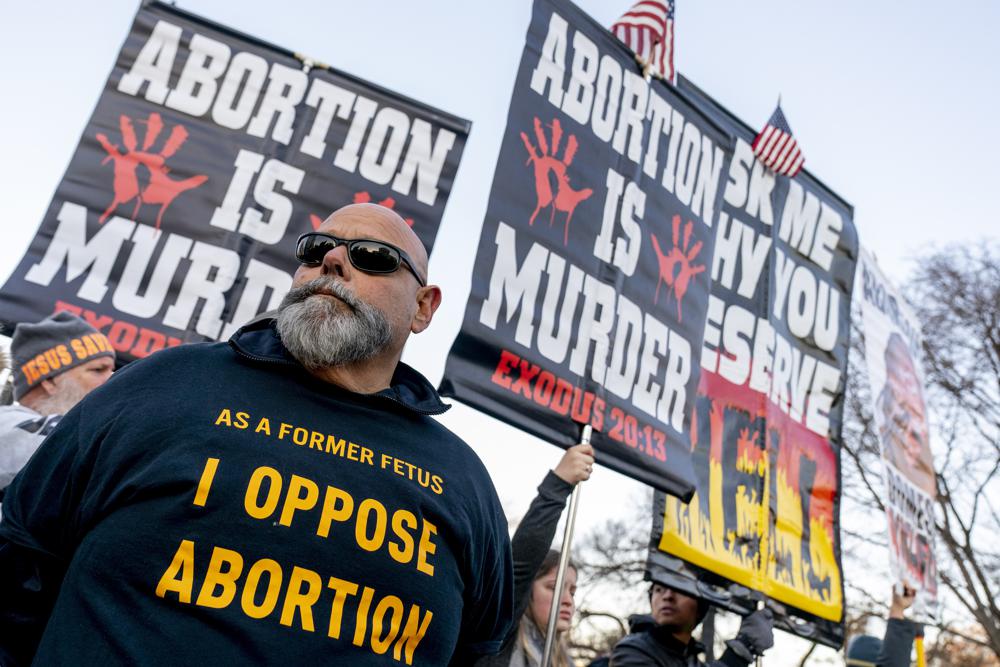 Among the questions justices ask when they consider jettisoning a previous ruling is not just whether it is wrong, but egregiously so.

The Supreme Court’s conservative majority on Wednesday signaled it would uphold Mississippi’s 15-week ban on abortion and may go much further to overturn the nationwide right to abortion that has existed for nearly 50 years.

The fate of the court’s historic 1973 Roe v. Wade decision legalizing abortion throughout the United States and its 1992 ruling in Planned Parenthood v. Casey, which reaffirmed Roe, probably won’t be known until next June.

But after nearly two hours of arguments, all six conservative justices, including three appointed by former President Donald Trump, indicated they would uphold the Mississippi law.

At the very least, such a decision would undermine Roe and Casey, which allow states to regulate but not ban abortion up until the point of viability, at roughly 24 weeks.

And there was also substantial support among the conservative justices for getting rid of Roe and Casey altogether.

Justice Brett Kavanaugh, a Trump appointee, asked a series of questions about whether the court would be better off withdrawing from the abortion debate and letting states decide.

“Why should the court be the arbiter?” Kavanaugh asked. “There’ll be different access in Mississippi and New York, Alabama and California,.”

Abortion would soon become illegal or severely restricted in roughly half the states if Roe and Casey are overturned, according to the Guttmacher Institute, a research organization that supports abortion rights. Legislatures in many Republican-led states are poised for action depending on the Supreme Court’s next decision.

“Will this institution survive the stench that this creates in the public perception that the Constitution and its reading are just political acts?” Justice Sonia Sotomayor asked.

Justice Elena Kagan said the abortion decisions are “part of the fabric of women’s place in this country.”

Among the conservatives, Chief Justice John Roberts appeared most interested in a less sweeping ruling that would uphold the Mississippi law, but not explicitly overrule Roe and Casey.

“That may be what they’re asking for, but the thing at issue before us today is 15 weeks,” Roberts said, alluding to Mississippi’s call to overturn the broader cases.

Even upholding the 15-week ban would mean rejecting the decades-old viability line. Abortion rights supporters say that would still effectively overturn Roe and leave no principled line for when abortions might be banned.

Justice Neil Gorsuch, another Trump appointee, suggested the lack of a rigorous alternative might be a reason to overrule Roe and Casey entirely.

Supporters of both sides in the abortion debate filled the sidewalk and street in front of the court, their dueling rallies audible even from inside the building. Opposing signs read such sentiments as “Her Body Her Choice” and “God Hates the Shedding of Innocent Blood.” The court stepped up security measures, including closing off some streets around the building.

The case came to a court with a 6-3 conservative majority that has been transformed by the justices named by Trump, who had pledged to appoint justices who oppose abortion rights.

The court had never agreed to hear a case over an abortion ban so early in pregnancy until all three Trump appointees — Justice Amy Coney Barrett, Gorsuch and Kavanaugh — were on board.

A month ago, the justices also heard arguments over a uniquely designed Texas law that has succeeded in getting around the Roe and Casey decisions and banned abortions in the nation’s second-largest state after about six weeks of pregnancy. The legal dispute over the Texas law revolves around whether the law can be challenged in federal court, rather than the right to an abortion.

Despite its unusually quick consideration of the issue, the court has yet to rule on the Texas law, and the justices have refused to put the law on hold while the matter is under legal review.

The Mississippi case poses questions central to the abortion right. Mississippi argues that viability of the fetus is an arbitrary standard that doesn’t take sufficient account of the state’s interest in regulating abortion. It also contends that scientific advances have allowed some babies who were born earlier than 24 weeks to survive, though it does not argue that the line is anywhere near 15 weeks.

More than 90% of abortions are performed in the first 13 weeks of pregnancy, well before viability, according to the federal Centers for Disease Control and Prevention.

But the clinic argues that the court doesn’t normally assess constitutional rights based on how few people are affected, and that the justices shouldn’t do so in this case.

Joined by the Joe Biden administration, the clinic also says that since Roe, the Supreme Court has consistently held that the “Constitution guarantees ‘the right of the woman to choose to have an abortion before viability.’”

Erasing viability as the line between when abortions may and may not be banned would effectively overrule Roe and Casey, even if the justices do not explicitly do that, the clinic says.

Justice Clarence Thomas is the only member of the court who has openly called for Roe and Casey to be overruled. One question is how many of his conservative colleagues are willing to join him.

Among the questions justices ask when they consider jettisoning a previous ruling is not just whether it is wrong, but egregiously so.

That’s a formulation Kavanaugh has used in a recent opinion, and Mississippi and many of its allies have devoted considerable space in their court filings to argue that Roe and Casey fit the description of being egregiously wrong.

“The conclusion that abortion is a constitutional right has no basis in text, structure, history, or tradition,” Mississippi says.

The clinic responds by arguing that the very same arguments were considered and rejected by the court nearly 30 years ago in Casey. Only the membership of the court has changed since then, the clinic and its allies argue.

In its earlier rulings, the court has rooted the right to abortion in the section of the 14th Amendment that says states cannot “deprive any person of life, liberty, or property, without due process of law.”

Same-sex marriage and other rights, based on the same provision but also not explicitly mentioned in the Constitution, could be threatened if Roe and Casey fall, the administration argues. Mississippi and its supporters dispute that those other decisions would be at risk.

Abortion arguments normally would find people camped out in front of the court for days in the hope of snagging some of the few seats available to the public. But with the courthouse closed because of COVID-19, there was only a sparse audience of reporters, justices’ law clerks and a handful of lawyers inside the courtroom.

A decision is expected by late June, a little more than four months before next year’s congressional elections, and could become a campaign season rallying cry.