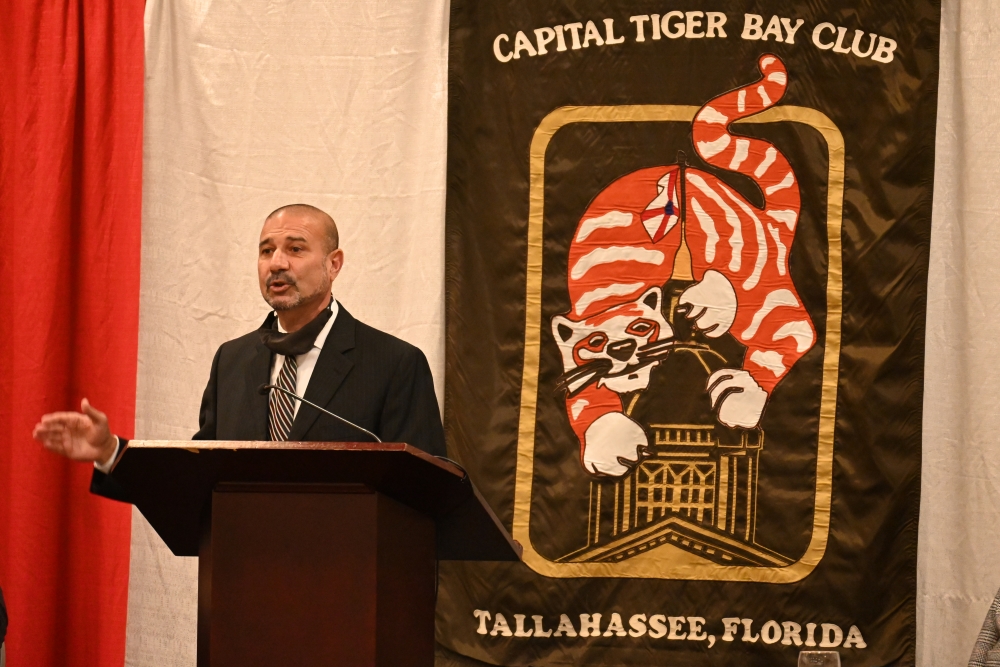 'At the end of the day, we were going to lose.'

Leon County Superintendent Rocky Hanna on Wednesday explained his decision to back away from a lawsuit targeting Gov. Ron DeSantis‘ mask mandate ban while leaving the door open for future legal action.

Hanna’s district previously joined five others in suing the Department of Health over DeSantis’ mask mandate ban. A judge ruled against the districts in early November. Five of the districts, including Leon, filed to appeal the decision to the 4th District Court of Appeal on Nov. 5. Hanna reversed the decision to appeal four days later.

Speaking during a Capital Tiger Bay Club luncheon, he said the district dropped the appeal because there would be little impact even if the challenge was successful. Hanna pointed to his district’s declining COVID-19 infection rate, as well as a law passed during the recent Special Session that prohibits school districts from issuing mask mandates.

If the appeal were granted, he said it would have been short-lived because the district would still have to pursue further legal action against the new law.

“At the end of the day, we were going to lose,” Hanna said. “Winning a small victory, long term, they were going to come back to Tallahassee to get exactly what they want.”

However, Hanna said state pressure did not prompt the policy change. Instead, he said local COVID-19 data informed his decision.

“Data and numbers are moving us into compliance, not simply to comply,” he said. “Emergency rule, no emergency rule, we’re going to do what’s best to protect the safety of our children.”

During the luncheon, Hanna reaffirmed COVID-19 numbers are what drove the decision to reduce the masking policy. If COVID-19 infection rates in the community increase in 2022, he said the district could reimplement mask requirements and resume legal challenges, this time against the new law.

“I am committed to two things, upholding the law and protecting our children,” Hanna said.

Hanna said his decision to implement the mask requirement at the start of the school year was not about politics. He pointed to spiking COVID-19 cases a week after school started and the death of one student as his motivators for resuming the mandate.

“Heaven forbid if we didn’t do anything and lost more children,” he said.

The superintendent also criticized those who spoke out against the mandate at school board meetings, making them what he characterized as “must-see TV”.

“I have never been more disappointed, I have never seen such selfishness, such a lack of compassion from some of the adults in our community. It was disheartening,” Hanna said.

Mask mandates were not the only topic discussed at the luncheon. One club member asked Hanna why he opposes charter schools.

Hanna said he does not oppose charter schools, but he is concerned that they, as well as private school voucher programs like the Family Empowerment Scholarship, could reduce funding for traditional public schools.

“To me, it’s a math equation, a business model,” he said.

He said the expansion of the Family Empowerment Scholarship eligibility to $100,000 income for a family of four has increased participation in the district and reduced its funding by millions. He said he viewed the expansion of the scholarship as a process from Republican legislators to slowly implement private school vouchers statewide.

Hanna said the reduced school occupancy and funding could keep teacher salaries from increasing and force the district to drop some programs.

“I will continue to fight for traditional public schools until I am out of office,” he said.