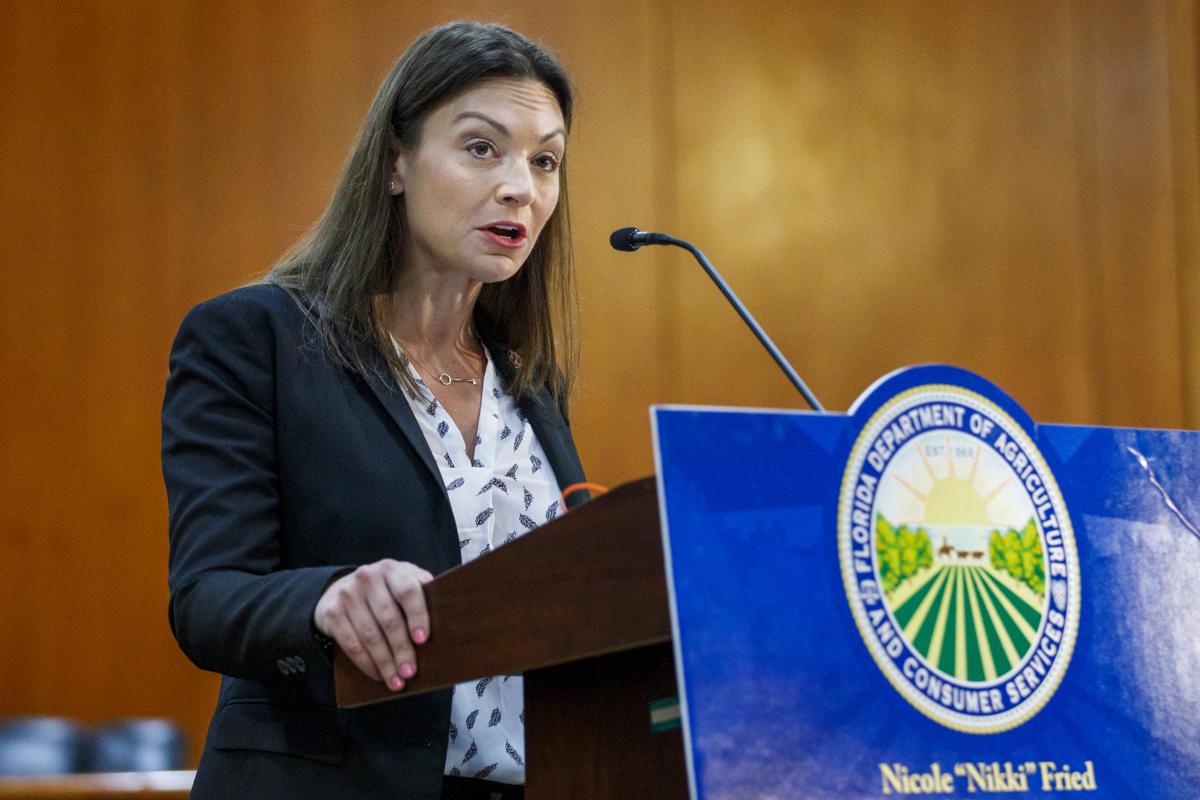 'It's important that we incentivize them, the producers, to increase renewable and efficient energy practices.'

That legislation, (SB 548, HB 491) sponsored by Sen. Tina Polsky and Skidmore, would establish a tax credit to incentivize famers to set up solar panels on land not being used for agriculture.

“The farmers are the stewards of the land. They have been for centuries and they continue to be and they are great partners in this initiative,” Skidmore said. “It’s important that we incentivize them, the producers, to increase renewable and efficient energy practices and they are willing and anxious to do that with us.”

Notably, the plan would set greenhouse gas reduction goals and staggered reporting guidelines for entities that receive state funding, including local governments, universities, utility companies and large businesses. The outline spans 2023 through 2055, with targets set at reducing statewide greenhouse gas production by 50% by 2030, 90% by 2050 and 100% by 2055.

“It’s important for state leaders to hold themselves accountable,” Skidmore said. “This is crucial because these buildings are the largest greenhouse gas emitters in the state.”

The measure would also create an efficiency benchmark system for state-owned buildings using the Energy Star System, which would allow the state to compare energy performance to similar buildings across the country.

Fried called the initiative “one of the boldest climate plans our state has seen.”

The legislation would also provide on-site energy and water evaluations for agriculture producers and would allow for financial assistance covering up to 80% of the cost to implement the recommendations from that evaluation, up to $25,000. That provision is based on a pilot program Fried and the Department of Agriculture established, Skidmore said, adding that it has had “great success.”

“The goal is to further stimulate the development and adoption of energy efficient and renewable energy technologies, as well as conservation practices within agricultural production,” Skidmore said.

The package would also target low income communities, which the Democratic legislators said are often at greater risk for respiratory disease because of the age and conditions of the buildings they live in. That measure would establish a program to implement energy efficiency upgrades at existing single family and multifamily residential properties for low income households.

The bill would also require studies on backup generators at emergency shelters to better prepare for natural disasters.

The other piece of legislation, (SB 904, HB 807) filed by Farmer and Rep. Michele Rayner-Goolsby, would build on the Agriculture Department’s Office of Agricultural Water Policy’s Clean Water Initiative.

“We have an obligation to our future generations to try to preserve that which we have to at least slow the impacts that we have seen over the last several decades,” Farmer said. “These are designed to improve water quality while still maintaining agricultural production, which we know is so important to our state and the rest of the country.”

The bill would require the department to develop and adopt “best management practices” (BMPs) producers can utilize to reduce the amount of fertilizers, animal waste and other pollutants that enter the state’s water system. It would allow the department to enforce the practices, shifting responsibility from the Department of Environmental Protection, which is currently the department referred to when a producer fails to meet BMPs.

“This is such a small carve out for them (FDEP) that this gives us an opportunity to work with our producers to not only get them enrolled in the BMP programs, but work with them on corrective measures and getting them into compliance,” Fried said. “So we would be taking that piece of enforcement and bringing it back over (to the) Department of Agriculture.”

It would also require the department to establish guidelines for providing financial assistance to parties implementing such measures and practices.

“I know both of these pieces of legislation may seem ambitious. But the cost of inaction when it comes to protecting our environment is much greater,” Fried said. “I hope the legislature agrees and moves forward with these important bills this Session.”