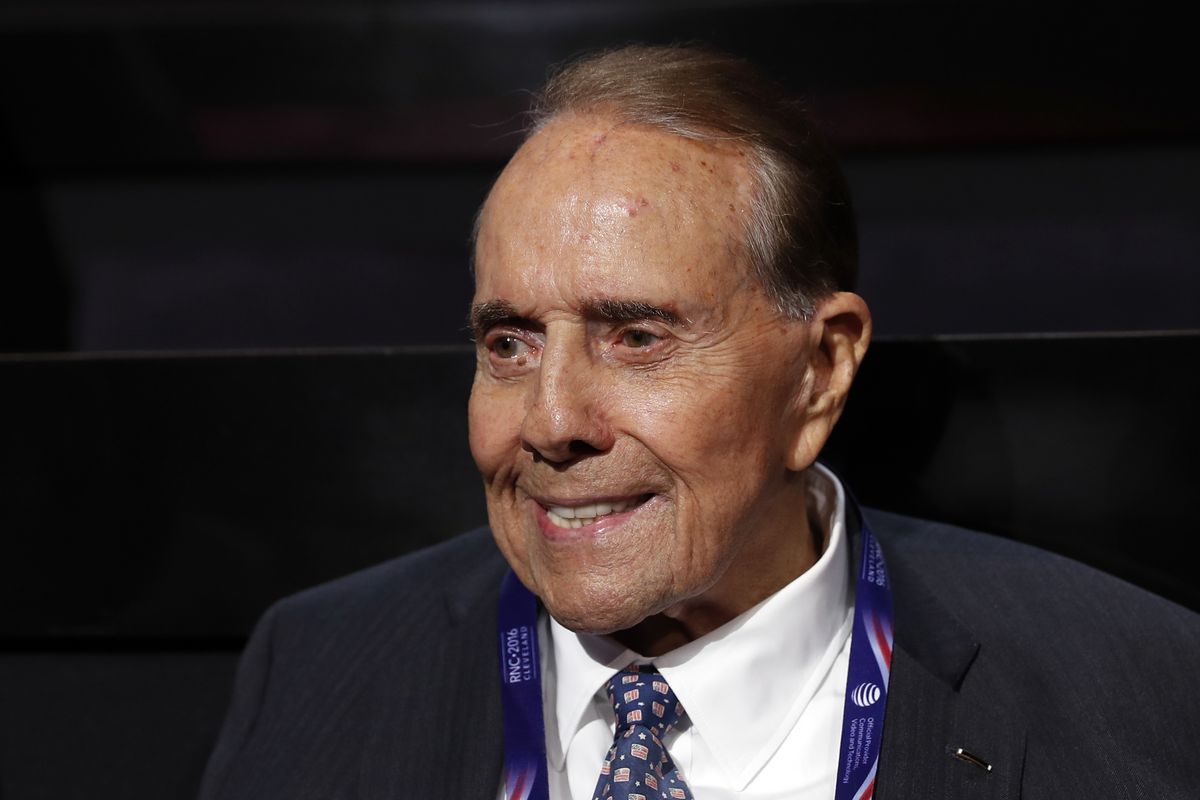 When one side believes they are always right and the other is always wrong, we get complete polarization.

The headline in Time magazine Sunday announcing Bob Dole’s death included a word we rarely hear these days. It called him a “Senate legend who championed compromise.”

In today’s scorched-earth political world, compromise is a foreign concept, and that’s not good. The attitude that “we get everything, you get nothing” is a major reason why many Americans have tuned out politicians. It’s why younger people see both major parties as evil replicas of one another.

After the Tea Party’s rise in 2009, I remember talking with one of its members for about an hour because I wanted to know at least something of what it was all about.

He rattled off some of the usual talking points — smaller government, lower taxes, Second Amendment rights, and so on. At some point, I recall suggesting that maybe they ought to work with people who have different ideas and reach reasonable compromises.

I can still see that guy’s face when I said that. His forehead scrunched up, his eyes narrowed and lowered, and he said this: “Why should we compromise on anything when we’re right?”

This is not to blame our current malaise strictly on the Tea Party, though. There were contentious, no-compromise issues in this country long before those folks came along. Abortion, gun rights, school prayer, and gay marriage are some of the issues that helped create today’s divide.

Here’s the thing, though. Nobody is right about everything, and it’s dangerous when anyone on either side of the aisle believes they are.

When anyone becomes convinced beyond reason in the brilliance of their ideas, opposing views get swamped in hyperbolic goo, immediately amplified in the cable news/social media echo chamber.

Tucker Carlson doesn’t have such a large audience and paycheck because he is the sage voice of reason. He’s a Doberman with a microphone and an audience that wants to be furious about anything relating to the other side.

Oh, it’s the same thing on MSNBC, too, especially with its popular “Morning Joe” show.

That’s why people like Bob Dole are museum pieces in today’s public discourse. They are considered quaint and out of touch with the modern reality, sort of like President Joe Biden.

Remember how he ran as the “great uniter” in our polarized politics? The American people bought into that, giving him about 7 million more votes than the great divider from Mar-a-Lago.

Alas, Biden can’t even unite his own party, let alone the Republicans.

Closer to home, Gov. Ron DeSantis actually attempted to find solutions early in his term that appealed to both parties. It worked, too, as his popularity and profile increased dramatically, but that came with a cost.

People talked up DeSantis’ presidential chances, which seemed to drive him from the center on many issues toward positions designed to please the rigid Republican base.

DeSantis screams about culture wars, but goes out of his way to start them with things like his anti-riot bill. He complains about federal overreach, but then usurps mayoral powers in local governments across the state.

Does he ask those mayors what they think about issues like COVID-19? He made it clear that he — and not local school boards — will decide on masks and other virus mitigation efforts.

And with every edict and chest bump, his popularity with the base increases while driving the other side into deeper loathing. He loves it, too, because it means cha-ching for his campaign accounts.

It reminds me of what that Tea Party guy said about compromise. We’re always right, and you’re always wrong.

When someone believes that deep in their being, they stop talking with and listening to other voices. They receive the same from the other side. You could say we’re already there.

If we’re not, though, that reality is at least too close for comfort.

previousLast Call for 12.6.21 — A prime-time read of what’s going down in Florida politics